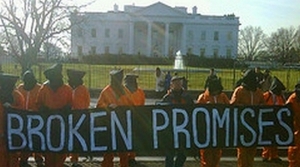 UNITED NATIONS.— The United Nations has criticized the U.S. government for maintaining its detention centre in the illegally-occupied Guantánamo Naval Base, despite assurances it would be closed. In addition, it called on Washington to allow a UN Human Rights Commission delegation to visit the prison, with free and open access and the possibility of speaking in private with the prisoners.

These issues were raised in Geneva on April 5, by Navi Pillay, UN High Commissioner for Human Rights, who condemned the indefinite incarceration of many of the prisoners, which she stated amounted to arbitrary detention. The official highlighted the cases of prisoners detained indefinitely, some of them for more than 10 years. This practice contradicts the United States’ stance as an upholder of human rights and weakens its position in terms of such violations taking place elsewhere, she added.

The Human Rights Commissioner referred to the prisoners on hunger strike as victims of uncertainty and anxiety caused by prolonged detention. Similarly, she recalled promises made by U.S. President Barack Obama four years ago regarding the closure of this prison, commenting that systematic abuses of the human rights of individuals continue year after year. (PL)

One response to “UN criticizes U.S. concentration camp on Guantánamo Naval Base”