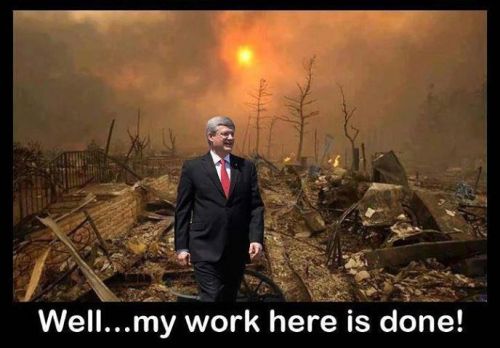 From Dougal MacDonald’s Facebook page: In a rare moment of unintended candour, federal Natural Resources Minister Joe Oliver recently told the CBC that “[Canadian scientists and environmentalists] are entitled to their opinion, but they are not entitled to the facts.” Whatever Oliver meant to say, his words accurately reflected the efforts to make a state secret of any and all information that could be considered damaging to the interests of the global monopolies.

Hoyne Santa-Balazs commented: See if I have this right: the scientists are entitled to find facts and to form opinions about them, but not entitled to the facts. Said “facts” are destined to be proprietary (“title” implies legal constructs around property). Loose lips and the truth slips out.