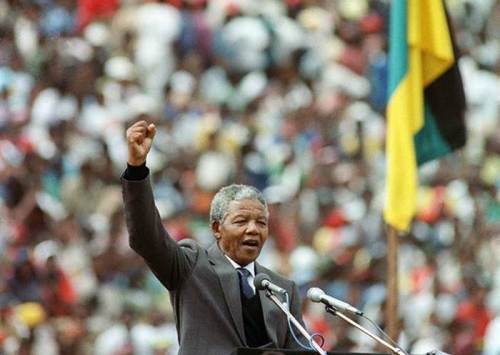 TML (Dec. 7) – ON THURSDAY EVENING DECEMBER 5, Nelson Mandela died at his home in Johannesburg, South Africa. The life of the man known to the anti-apartheid movement as Madiba spanned almost the entire existence of the African National Congress (ANC). The ANC was founded under British colonial rule in January 1912 and it was within it that Madiba would play many leadership roles. The ANC provided the umbrella under which all those opposed to white minority rule, from revolutionary communists to trade union activists to dispossessed township youth, came together and worked out a program of struggle aimed at achieving black majority rule.

Mandela was part and parcel of the wave of anti-colonial and national liberation struggles that swept Africa, Asia, Latin America and the Caribbean after the Second World War. Facing implacable violence from the apartheid state, the South African liberation movement took up arms after all peaceful means for change had proven fruitless. He was incarcerated at the white-racist apartheid regime’s Robben Island military prison for 27 years for the crime of organizing the Umkhonto ne Sizwe (“Spear of the Nation”) armed wing of the ANC. He won release as a by-product of the confluence of two powerful currents of struggle at the end of the 1980s.

Poster calling on women to take their place in the armed struggle against the apartheid regime. The armed wing of the ANC, Umkhonto we Sizwe (Spear of the Nation) with Nelson Mandela as its Commander-in-Chief, was dedicated to a strategy of sabotaging targets of economic and political importance such as post offices, telephone booths, pass offices and electricity pylons. Click to enlarge.

The main current was the anti-apartheid movement’s struggle to render the black townships ungovernable at home. On the occasion of reporting his death, the monopoly media once again uniformly dismissed this as little more than terrorism. Indeed, Mandela was condemned as a terrorist by those same powers that now praise him. When Mandela was captured by South African forces on August 5, 1962, the U.S. CIA provided the fascist South African government with the information that led to the capture — the prelude to his 27-year imprisonment. During the 1980s, the white-minority regime was backed covertly by the government of U.S. President Reagan and openly by British Prime Minister Margaret Thatcher.

The other current of the struggle for South Africa’s liberation was the military struggle by the SWAPO guerrilla fighters in Namibia to end South Africa’s illegal occupation of that country, and the fight in Angola by the combined armed forces of Angola and Cuba to end the apartheid regime’s war of terrorism against its neighbouring countries — the “front-line states.” The aim of South Africa’s terrorist onslaught was to impose its hegemony on the region, forcing the peoples of southern Africa into accepting the permanence of white minority rule. In South Africa, people are acutely aware of the decisive contribution of the Cuban armed forces at the Angolan town of Cuito Cuanavale in finally destroying the myth of the military invincibility of the racist South African armed forces.

The monopoly media’s coverage of Mandela’s passing has conveniently and deliberately ignored Cuba’s crucial role in the demise of apartheid. Mandela never forgot. After he was released from prison, the first country outside of Africa that he chose to visit was Cuba.

The South African liberation struggle was aided and abetted by a mass international anti-apartheid movement. The demand for Mandela’s release stood at the centre of this movement, together with the demand that countries cease to engage economically with the racist regime. This movement was both driven by the world’s revulsion at the repugnant apartheid system and inspired by the courageous struggle of South Africans, epitomized by the figure of Mandela.

The notorious police of the apartheid regime carry out the Sharpeville massacre, in which a mass protest against the pass laws was brutally put down and 69 people killed, March 21, 1960.

The famous Soweto uprising of youth and students which began on June 16, 1976, led to a renewed wave of resistance amongst black South Africans.

History and the world’s people will not soon forget the positive developments of lasting value accomplished for South Africans and the entire African continent with Madiba as the tireless figurehead. Also, the silence of the monopoly media around the mass revolutionary elements and other aspects of the people’s victorious struggle will not succeed in their aim of driving today’s battles for liberation into blind alleys. 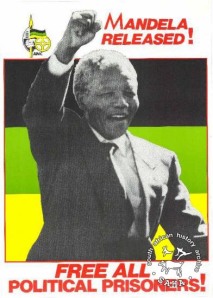 Post-apartheid South Africa emerged at the end of the bi-polar division of the world and the neo-liberal attack on the world’s people in the 1990s. For any country to overcome the obstacles and pressures of imperialism in a manner that favours its people, not the global monopolies, is no small feat. This is all the more true in a country such as South Africa, which bears the scars and lacerations of the more than 300 years of racist rule. As the last colony to gain its freedom in the epic saga of the continental wide struggle to throw off the yoke of colonial domination, South Africa illustrates the challenges that face a genuine nation-building project.

As has already been happening, going forward from today, the fronts of anti-imperialist struggle will continue to further reconstitute themselves for protracted battles against the starkest of dangers, a third world war being prepared by the U.S. imperialists and their tools. As we witness a new scramble for Africa, the imperial powers of the 21st century seek to repeat what the European powers of the 19th century achieved, the carving up of Africa among themselves. This new scramble for Africa, however, is replete with even more serious dangers, as Africa would be transformed into an arena in which the imperialists openly wage the fight against each other and use Africa as a platform for projecting their power on a global scale. In this cauldron Africans will be sacrificed en masse. In this context the anti-imperialist character of the African national liberation struggles of the 20th century cannot be ignored. The shameless efforts of the monopoly media to present the South African black majority’s achievement with Madiba at the head as repudiation and rejection of anti-imperialist struggle including all its revolutionary features will not survive scrutiny or repetition much longer.

Madiba is gone; the struggle continues.