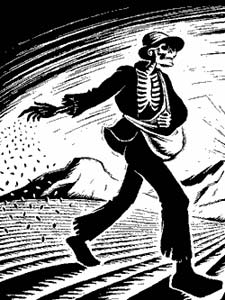 NO TO THE MERCHANTS OF DEATH!

NO TO WAR PREPARATIONS!

961 Marginal Road – near Pier 23 behind the Westin Hotel, past the Seaport Farmers’ Market

GET CANADA OUT OF NATO!

The picket takes place during the Canadian Defence Security and Aerospace Exhibition Atlantic (DefSec 2014) where the biggest weapons dealers and military aircraft manufacturers in the world, such as Lockheed Martin, Raytheon, and General Dynamics, will be exhibiting their war-fighting systems.

At the Cunard Centre on Thursday, September 4 at 4:30pm, Lockheed Martin Canada will be sponsoring a reception for these weapons manufacturers entitled “Hour of Good Cheer”.

Bring banners and placards to express your opposition to these merchants of death conducting their business in our city.

Let us together organize and prepare conditions for an anti-war government!

Canada Needs an Anti-War Government! Get Canada Out of NATO!