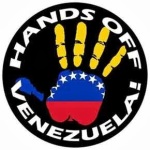 The Cuban government has slammed the U.S. sanctions as “arbitrary and aggressive.”

“How is Venezuela a threat to the United States? Thousands of kilometers away, without strategic weapons and without the resources … to conspire against the U.S. constitutional order; the (White House) declaration has little credibility,” read a statement published in the newspaper Granma.

Former Cuban President Fidel Castro has also praised Venezuelan President Nicolas Maduro’s “brilliant and valiant” response to what he described as “brutal” U.S. plans against Venezuela. The comments were made in a short letter to Maduro on Monday night.

Earlier in the day, Bolivia’s President Evo Morales said the regional blocs CELAC and UNASUR should immediately hold an “emergency meeting,” arguing the U.S. sanctions pose a threat to “all of Latin America and the Caribbean.”

“We condemn, we repudiate, in the 21st Century we won’t accept this kind of intervention by the United States,” Morales said. “All of our solidarity and our support goes to President Maduro, and the revolutionary Bolivarian government and people of Venezuela.”

On Monday, President Barack Obama declared Venezuela an “unusual and extraordinary threat” to the United States.

Obama also issued sanctions on several high ranking Venezuelan government officials. The measures were issued under an executive order. In the past, the Obama administration has condemned Maduro for using executive orders to pass legislation.

“We believe the separation of powers and the presence of independent branches of government are essential elements of democracy,” a White House spokesperson said in 2013, after Maduro used an executive order to pass legislation aimed at stabilizing consumer prices.

Latin American leaders and regional bodies expressed their support of the government of Venezuela, rejecting the claims and threats from the Washington against Venezuela.

Obama’s executive order declaring Venezuela “unusual and extraordinary threat to US national security” and setting the state of national emergency to deal with this “threat”.

It must be a joke, which reminds us of the darkest hours of our America, when we received invasions and dictatorships imposed by imperialism.

Will they understand that Latin America has already changed?

Nicaraguan President Daniel Ortega issued a letter in solidarity with the Venezuelan people. Nicaraguans took to social media with the hashtag #NicaraguaConVenezuela to express their support.

Saint Lucia Speaks out Against US Sanctions Against Venezuela

Various social movements have expressed their support of Venezuela. The Latin American section of the world’s largest social movement, the transnational peasant movement La Via Campesina, has condemned U.S. threats against Venezuela.

Even the Venezuelan right-wing political group, the MUD, is rejecting the claim that country is a threat to US National Security.

The South American regional bloc UNASUR also expressed support of the Venezuela, stating it will not permit agressions against the democratically elected government.

In addition to Latin American leaders, the world is also responding. The twitter hashtag #ObamaYankeeGoHome became a top worldwide trend expressing solidarity with Venezuela and rejecting the U.S.’s imperialist actions.

Venezuela is a People of Peace, we go outside our border to liberate, not to invade. #ObamaYankeeGoHome

Correa Confirms UNASUR Summit on ‘Gross’ US Threat to Venezuela

US Agression against Venezuela