King John gives his approval of Magna Carta with his seal as the rebel barons look on, Runnymede, England, June 15, 1215. (Frank Wood, 1925 c; Supplied by The Public Catalogue Foundation)

The 800th anniversary of Magna Carta, meaning “Great Charter,” is being marked this year. In the Anglo-American world, Magna Carta is considered one of the seminal legal documents. It was signed in Runnymede near Windsor Castle on June 15, 1215.

Originally issued by King John of England, who ruled from 1199-1216, Magna Carta was an arrangement between the King and rebel barons who opposed the onerous taxes imposed by the King on the lands they owned in order to fund his army. END_OF_DOCUMENT_TOKEN_TO_BE_REPLACED

“When the Fathers of Confederation deliberated on how to create a country out of four separate colonies, they all agreed Canada should be a constitutional monarchy based on the concepts of freedom, democracy and the rule of law – all principles that drew from Magna Carta.”

So sayeth the Honourable Pierre Poilievre, Minister of Employment and Social Development and Minister for Democratic Reform, on the occasion of the 800th anniversary of the signing of Magna Carta, June 15, 2015. END_OF_DOCUMENT_TOKEN_TO_BE_REPLACED

Canada Day 2015 and the urgent need to start afresh

This year marks the 148th anniversary of the founding of Canada. On this occasion Canadians are being assaulted by the opportunist politicking of the Prime Minister, government ministers, leaders of the so-called major political parties vying to form the next government, politicians from these parties and, to top it off, the so-called mainstream media. In what is called “the pre-election campaign,” all of them have declared open season on Canadians and are hunting them down to extract their vote to get themselves elected. END_OF_DOCUMENT_TOKEN_TO_BE_REPLACED

Opposition to the militarization of culture: July 1st anti-war picket in Halifax

No Harbour for War*

No Harbour for War demonstration in Halifax against imperialist intervention in Syria, September 22, 2013

Canada Day comes to Halifax and once again the Royal Nova Scotia Tattoo spectacle unfolds at the Scotiabank Centre, formerly the Halifax Metro Centre, for the entire week. First staged in 1979, the Tattoo has become a significant military-culture event on the calendar. END_OF_DOCUMENT_TOKEN_TO_BE_REPLACED

The NSU scandal has already exposed numerous examples of how German state institutions have supported the creation of violence-prone, neo-Nazi structures through passive benevolent treatment and even active promotion – and how paid undercover agents have infiltrated these structures, german-foreign-policy.com reports

COLOGNE/KASSEL (June 16) – New revelations in the inquiry on assassination attempts by the neo-Nazi “National Socialist Underground” (NSU) have incriminated an operative and an informer of two of Germany’s intelligence services. According to recent reports, a long-time leading activist of the neo-Nazi scene in Cologne is strongly suspected of having planted a bomb in a local supermarket in December 2000. The bombing is considered one of a series of NSU crimes. The neo-Nazi activist was being managed as an “undercover agent” by North Rhine-Westphalia’s Office for the Protection of the Constitution and had possibly still been in contact with the leading NSU trio in 2009. END_OF_DOCUMENT_TOKEN_TO_BE_REPLACED

Israel’s investigations into its own crimes aren’t known for delivering guilty verdicts. END_OF_DOCUMENT_TOKEN_TO_BE_REPLACED

“Who asked the Guardian to write such a dreck admiring piece of these Jihadist? Who gave them direct access to these terrorists? Under what conditions and to what purpose?”

Anglo-American and Israeli strategists have begun proposing using jihadists in the struggle against the jihadists of ISIS, which has become much too powerful. According to a March 9 article of the Foreign Affairs journal of the US Council on Foreign Relations, the al Qaeda should not be allowed to be further weakened. It must be allowed to continue to exist to keep its supporters from defecting to ISIS. Thus the terrorist organization should be kept “afloat and [Aiman az-] Zawahiri alive” (Barak Mendelsohn, Accepting Al Qaeda). Jihadists are only being fought, if they become too powerful – as in the case of ISIS – or if they begin to attack western targets. Otherwise, their destructive potential is considered a western secret asset in its war on common enemies. – TS

(June 11) – This long read in the Guardian is the next attempt to beautify AlQaeda as the “moderate” Islamists that deserve our support. Meanwhile the Wall Street Journal suggests to “reach out” to AlQaeda in Syria and that it should be “wooed rather than bombed.” END_OF_DOCUMENT_TOKEN_TO_BE_REPLACED

What this world needs is some really honest journalists

(June 10) – Writing about and reporting the Middle East is not an easy task, especially during these years of turmoil and upheaval. But I cannot remember another time in recent history we needed journalists to shine, to challenge conventional wisdom, to think in terms of contexts, motives, alliances, not ideological, political or financial interests. END_OF_DOCUMENT_TOKEN_TO_BE_REPLACED

Word. Vladimir Putin: ‘Publish a world map and mark all the US military bases on it. You will see the difference between Russia and the US.’ 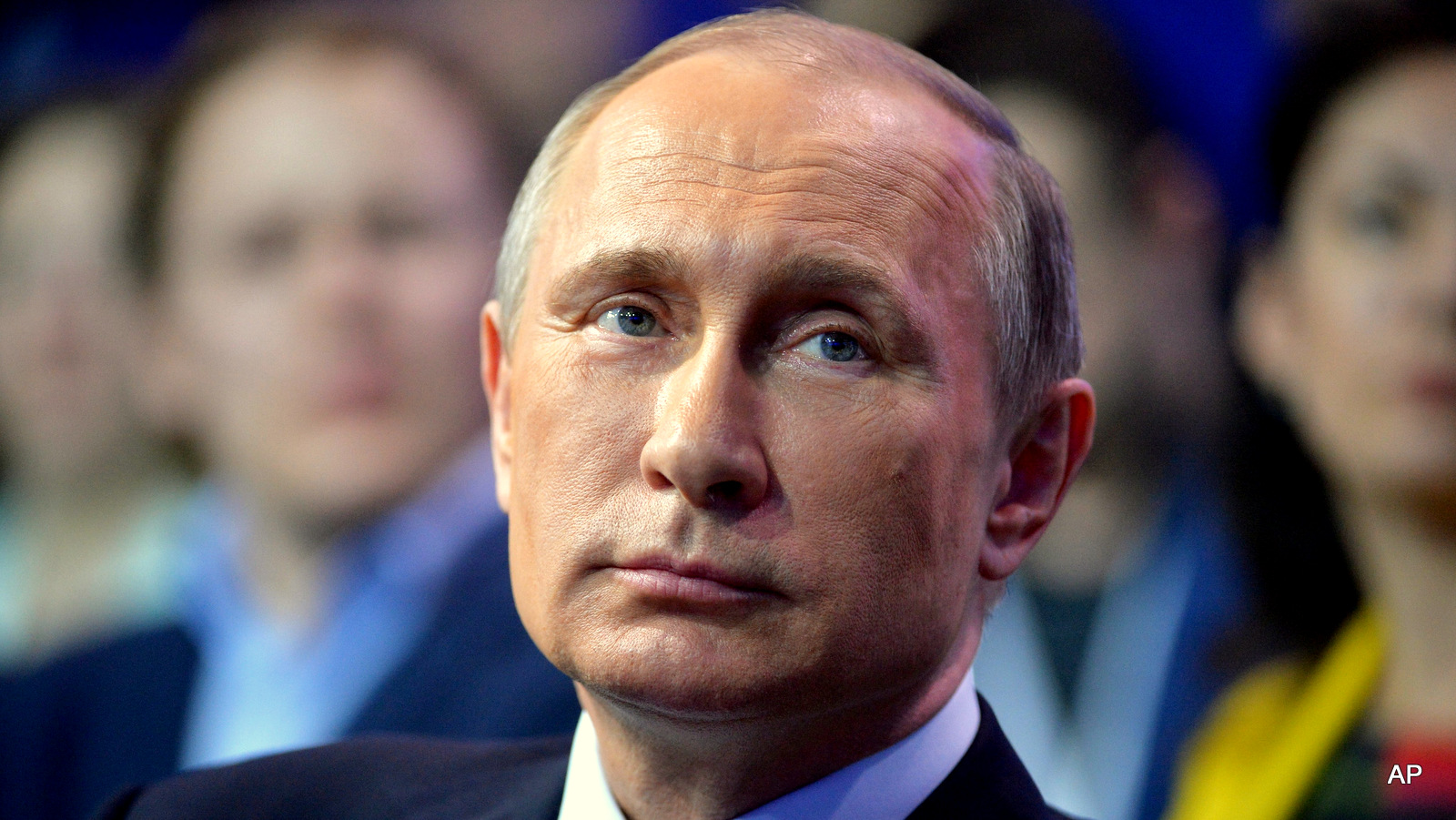 Vladimir Putin pulls no punches in an interview with the Italian newspaper Corriere della Sera.

Luciano Fontana: I would like to start with a question concerning Russian-Italian relations. This relationship has always been close and privileged, both in the economic and political spheres. However, it has been somewhat marred by the crisis in Ukraine and the sanctions. Could the recent visit by Italian Prime Minister Matteo Renzi to Russia and your upcoming visit to Milan somehow change this trend, and if so, what is needed for that?

END_OF_DOCUMENT_TOKEN_TO_BE_REPLACED

With profound sorrow the Communist Party of Canada (Marxist-Leninist) informs you of the death of our dear comrade Judith Snow on the evening of May 31, 2015. The Party sends heartfelt condolences to Judith’s family, comrades and friends at this time of great loss and sorrow.

Judith Snow was born in Oshawa, Ontario. Diagnosed as a baby with spinal muscular atrophy type 2, Judith and her parents defied all the predictions of the medical establishment. Judith vehemently rejected being pathologized and labelled “disabled.” She fought for all to be permitted to fully develop their gifts and make their contribution to society. END_OF_DOCUMENT_TOKEN_TO_BE_REPLACED