Demands are growing for Canadian mining monopolies to be held to account for their actions in Canada and abroad. These include the world’s largest gold monopoly, Barrick Gold, whose founder Peter Munk is the benefactor and namesake of the Munk Debate on foreign policy held last night. This important issue of Canada’s foreign policy was conspicuously absent from the debate. END_OF_DOCUMENT_TOKEN_TO_BE_REPLACED 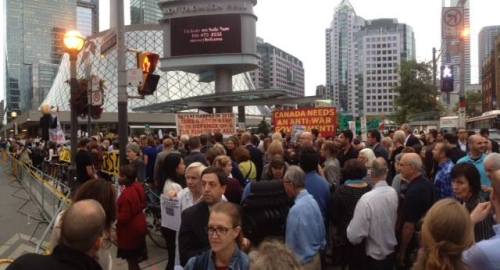 Absent from the Munk Debate on foreign policy was the most important factor in discussing Canada’s foreign policy — the need to get Canada out of NATO and NORAD so that its foreign policy is not under the command of the U.S imperialists whose president is ultimately the commander of Canadian forces.

Far from any meaningful discussion taking place, the debate was yet another occasion for the three so-called leaders to repeat stock phrases from their play book as they vie for the position of becoming Canada’s next Prime Minister. This is the position which has all the prerogative powers to send Canada to war without the approval of the people. More importantly, the event exemplified how private interests are trying to direct the outcome of the election. Moderator Rudyard Griffiths’ questions, imploring the leaders to “go deep” and “skip the talking points,” framed all the issues in a manner clearly aimed at putting on the defensive and marginalizing any deviation from the position the ruling class is now making clear it favours.

In this regard, as the election goes into its final stretch, the debate revealed that the knives are out and the fix is in. Meanwhile, a significant demonstration took place outside Roy Thompson Hall where the debate was held. That is where the demands of Canadians for a just foreign policy were expressed. END_OF_DOCUMENT_TOKEN_TO_BE_REPLACED

Charles Boylan is the MLPC candidate in Vancouver South

In the August 6 four-party Maclean’s “debate” Stephen Harper stated, “I don’t think this government has gotten itself involved in many military actions.”

Since the collapse of the Soviet Union and the end of the bi-polar division of the world, Canada’s armed forces have participated in every NATO military adventure in addition to supporting the U.S. invasion of Iraq. The first “military action” in this period saw 18 CF-18 Canadian bombers play a disproportionately large role in the NATO bombing of Yugoslavia in 1999. The damage to buildings and infrastructure was estimated at $40 billion by NATO, and $100 billion by Yugoslavia. END_OF_DOCUMENT_TOKEN_TO_BE_REPLACED

Protests are taking place tonight outside the election debate on foreign policy in Toronto. They are calling for an end to the Harper government’s cynical refugee policy, opposing Canada’s participation in aggressive war, demanding an end to impunity for Canadian mining monopolies committing crimes abroad and for action to be taken on the problem of climate change. Inside the debate the ruling elite has given no space for the demands of Canadians for an anti-war government that withdraws from NATO, restricts monopoly right and provides humanitarian aid to refugees and victims of imperialist war. These demands will be heard outside the debate where people are gathering to express their serious concerns and stand in this election. END_OF_DOCUMENT_TOKEN_TO_BE_REPLACED 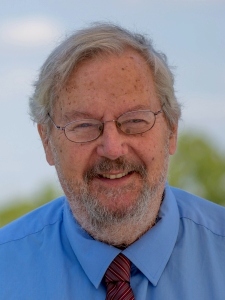 I am proud to stand as a candidate for the Marxist-Leninist Party of Canada (MLPC) in the riding of Ottawa Nepean in the 2015 federal election, as well as to return to Ottawa, the city where I became politically active during the Sixties. My candidacy was presented by the Nepean Barhaven News, in an article by MEGAN DELAIRE published on Thursday.

END_OF_DOCUMENT_TOKEN_TO_BE_REPLACED

Montreal ‘Leaders’ Debate’: Debating the problems vs working out a tactical program

When a system reaches the point of impasse, the space for change comes into sharp relief. This is the case in Canada where the electoral democracy clearly does not empower the people and is even having difficulty giving rise to a champion from amongst the parties which are put forward for election to form the government. Try as the rulers might, the declaration that these parties represent the people does not wash.

The crisis in which the electoral system is mired was clearly evident in last night’s “leaders’ debate” in Montreal. The debate featured what are called five party leaders while the representatives of the people raised their demands both before the debate and during the debate outside the Radio Canada building where the debate was held. END_OF_DOCUMENT_TOKEN_TO_BE_REPLACED