A picture of Obama

NEWS ITEM: “From every family who never imagined that their loved one would be taken from their lives from the bullet of a gun. Every time I think about those kids, it gets me mad,” he managed. “And by the way, it happens on the streets of Chicago every day.” He wiped a tear as it fell down over his cheekbone. As the president wept at the White House, gun investors were crying out for joy on Wall Street.  As has happened like clockwork anytime Obama goes near gun control, gun stocks shot through the roof on Tuesday, even as the broader market struggled through a brutal day of trading… In the three years since Sandy Hook, Smith & Wesson’s stock has leaped 213 per cent, Sturm Ruger’s nearly 39 per cent. – Vanity Fair

A picture of Obama sincerely crying

The USA was the largest arms exporter for the period 2009-2013, accounting for 29 per cent of world deliveries. – Stockholm International Peace Research Institute (SIPRI).

A proverb from Africa may shed some light on this strange tale of the tears of the chieftain of U.S. imperialism.

IN THE OLD DAYS, when the animals could talk, Crocodile was king of the water creatures. One year, there was a drought, and the water in the river ran dry. Crocodile sent Otter to scout for a new home, and two days later, he returned to say there was a deeper river on the far side of the farmer’s fields.

When he heard this, Crocodile called upon Tortoise and Alligator, and he explained they must go see Lion, king of the land creatures.

“The veldt is dry,” he said, “and it will be a difficult journey, but we must make peace with the Lion and all his subjects, or we will die. They must help us cross the land to reach the other river.”

Tortoise and Alligator set off at once to see Lion. They carried along a peace treaty Crocodile had composed. When they arrived, they handed Lion the treaty. 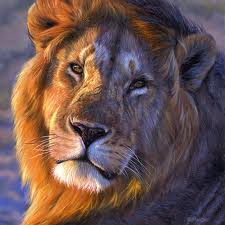 Lion read it and decided he must consult with his associates, and then all the animals would hold a meeting. “Let us meet this evening at the willow tree at the far end of your river, where Crocodile has his headquarters,” Lion said. “There we can discuss the plan.”

So Tortoise and Alligator gave the news to Crocodile, who was very pleased to hear about this turn of events. “We must prepare some treats to woo our friends,” he said, so he and the others prepared many fish delicacies.

That night, with Otter and Beaver and Tortoise and Alligator, Crocodile traveled to the willow tree. There they met Lion and Wolf and Jackal and Baboon.

Crocodile was so pleased to see this gathering, a tear of joy dropped down his face and landed in the sand. “We have brought you some treats!,” he announced. Wolf and Jackal pounced with delight on the bounty.

After they had finished eating, Crocodile began to explain his desire: He wanted peace among all the animals. “If we do not join forces, the farmer will destroy us all,” he said.

The truth was, the farmer had already stationed at the source of the river three steam pumps to irrigate his land. Every day, water was more and more scarce; if this continued, all the creatures would die. Besides, there was the habit Elephant had of reaching into the water with his trunk and drinking up creatures, then tossing them hither and yon when he lifted his head.

Lion was interested in peace, for he knew that peace among the animals would only add to his glory.

But Jackal wasn’t so sure. “How will peace benefit us?” he asked.

Crocodile explained, “Peace benefits both sides. No one will harm anyone else, and any animal wishing to drink water at the river will be able to do so without fear of harm from any of my subjects.”

Lion and Jackal talked quietly together, and Lion asked, “Crocodile, what promise will you give us that you will keep your part of this contract?”

“You have my word!” Crocodile said. And he wept again, and a few more tears dropped in the sand.

Baboon nodded. He thought everything seemed fair and honest. “It’s nonsense to create problems for each other,” he said. “Besides, it is unpleasant to have to carry water everywhere. But let us put everything in writing, so there are no misunderstandings.”

Still, Jackal did not agree. “I’m not sure Crocodile’s word is good,” he said, but Wolf, who had eaten an extra-large portion of fish, was feeling peaceful, and so he said, “Let us agree!”

Lion listened carefully to each of his advisers. He watched the tears falling from Crocodile’s eyes. And at last, he announced the agreement made sense. “We’ll help the water creatures move across the land,” he said. “And from this day on we shall have peace!”

They decided they would trek across the veldt at midnight that night, so Crocodile sent messengers to summon all the water animals, to prepare for the trek. Soon the air was filled with the sound of frogs croaking and crickets chirping out the news. And before long, all the animals had gathered at the great willow.

Meanwhile, Lion sent out a message to his subjects to build an escort. The plan was that Lion and Jackal would lead the trek.

Just before midnight, Jackal pulled Lion aside. “I do not trust Crocodile,” he said, “so I will spy for you until you reach the river, but I will run ahead, and I will not be there when you arrive.”

“Good enough,” Lion said, and he appointed Elephant to act as advance guard because he walked so softly and his sense of smell was so strong. Lion led another division. And Wolf brought up the rear.

But while Lion was making these arrangements, Crocodile was making other plans. He pulled aside Yellow Snake and whispered, “It will be to our advantage to see the land animals fall into the hands of the farmer. When you hear me shout, you will know we have arrived safely at the river. And then you must arouse the farmer’s dogs.”

Just after midnight, the trek began. They moved slowly, since many of the sea creatures were unaccustomed to traveling by land, but by 3 a.m. they had safely passed the farmer’s land. Just before dawn, they reached the new river. One by one, they dived in and disappeared beneath the deep water.

As Crocodile prepared to dive, his eyes welled with tears and he cried, “Thank you, Lion! I am so happy that I must shout!”

And he began to shout, and the sound echoed across the land, and when Yellow Snake heard it, he roused the dogs.

Just as Lion was about to say farewell, he heard the first shot. Many animals fell. Giraffe fell. So did Zebra and Springbok.

From the far side of the river, Jackal called, “I told you so!”

But Crocodile slipped into the water. When Lion turned around, he saw only bubbles on the surface. On the banks, the animals wailed and screamed and ran from the farmer’s gun. Thankfully, most escaped.

Sometime later, they say, Crocodile met his just reward when Elephant reached in and scooped him up and pitched him away into one of the highest trees.

And ever since that day, whenever people see a Crocodile with tears in his eyes, they know to run the other way.