This day. 41st anniversary of the defeat of US aggression and intervention in Vietnam 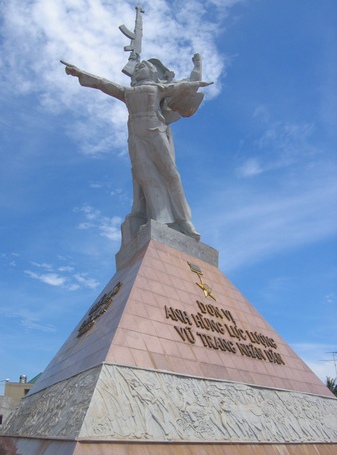 On April 30, 1975, 41 years ago, the U.S. imperialists had to flee Vietnam as their puppet regime in Saigon collapsed and their armed aggression and intervention in Vietnam was defeated.

This war of intervention and aggression by U.S. imperialism goes down in the annals of aggressive wars as one of the most brutal. It left more than 3 million Vietnamese dead, millions more wounded and homeless and the entire country and its economy in ruin. The devastation caused to the country and the people almost reached the level of that in Korea where U.S. imperialism had intervened in the early fifties and which was the first place the U.S. had to be satisfied with defeat. END_OF_DOCUMENT_TOKEN_TO_BE_REPLACED

Calendar of events across Canada. All dates May 1 unless otherwise noted. END_OF_DOCUMENT_TOKEN_TO_BE_REPLACED

Tagged as Event, May Day

END_OF_DOCUMENT_TOKEN_TO_BE_REPLACED

RT.com (April 21) – The city of Rzeszow, close to Poland’s border with Ukraine, has ignored calls to remove a Soviet-era monument celebrating the liberation of the city from the Nazis. Last month, Poland’s historical legacy institute urged the immediate removal of 500 such memorials across the country. END_OF_DOCUMENT_TOKEN_TO_BE_REPLACED

Mourn for the Dead! Fight for the Living! Stop the Killing!

Workers’ memorials across the country. Left to right: Pictou, Nova Scotia monument to those killed in Westray mine disaster; Sudbury Miners Memorial; Edmonton Day of Mourning workers’ memorial; BC forestry workers’ memorial park. Below: memorial in Kanesatake to the workers who died in the 1907 collapse of the Quebec Bridge.

END_OF_DOCUMENT_TOKEN_TO_BE_REPLACED

Tagged as Injured Workers, Marxist-Leninist Party of Canada (MLPC), National Day of Mourning for Workers Killed and Injured on the Job

Irish school students are overwhelmingly proud of the Easter Rising in 1916, but almost half believe its leaders would not be proud of present-day Ireland, according to a nationwide poll. END_OF_DOCUMENT_TOKEN_TO_BE_REPLACED 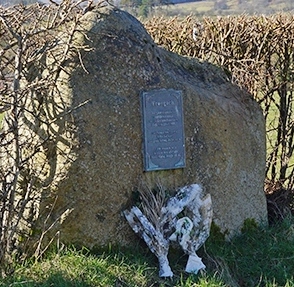 Memorial at the site in Frongnoch, Wales where Irish patriots were interned following the 1916 Rebellion.

People in Wales have called on the governments in Dublin and Cardiff to provide a permanent commemorative centre in Frongoch, where 1,800 Irishmen were interned after the 1916 Rising.

The PoW camp, on the site of an old whisky distillery outside the town of Bala, held rebels such as Michael Collins, Terence MacSweeney and Richard Mulcahy.

It became known as ‘The University of Revolution’, as it was here that plans were discussed for future attacks on British rule in Ireland.

“During the summer, we sent an invitation to President Higgins to come here on the centenary of 2016,” said Councillor Alwyn Jones, who lives nearby.