The CIA paid a major Chilean newspaper to discredit President Allende and support the Pinochet dictatorship.

Agustin Edwards Eastman, the owner of the largest media conglomerate in Chile who died Monday, and his conservative media establishment were crucial to the CIA-backed operation to oust socialist President Salvador Allende in a coup in 1973 and install a military dictatorship, declassified documents have revealed.

According to declassified CIA and White House documents published Tuesday by the National Security Archive, Edwards and his conservative El Mercurio newspaper were critical in setting the stage for the coup and ensuring the dictatorship of General Augusto Pinochet assumed power.

Edwards worked in close collaboration with former U.S. secretary of state, Henry Kissinger, and was the only Chilean who met CIA director Richard Helms, according to the documents.

During the meeting with Helms, Edwards expressed support for Washington’s intervention in Chile through a coup to block Allende from taking power. He also provided intelligence information that was used to analyze the potential for a coup operation from the various branches of the military, the “timing for possible military action,” and how the new diplomatic relations would be between a dictatorship and Washington, declassified notes on the conversation reveal. 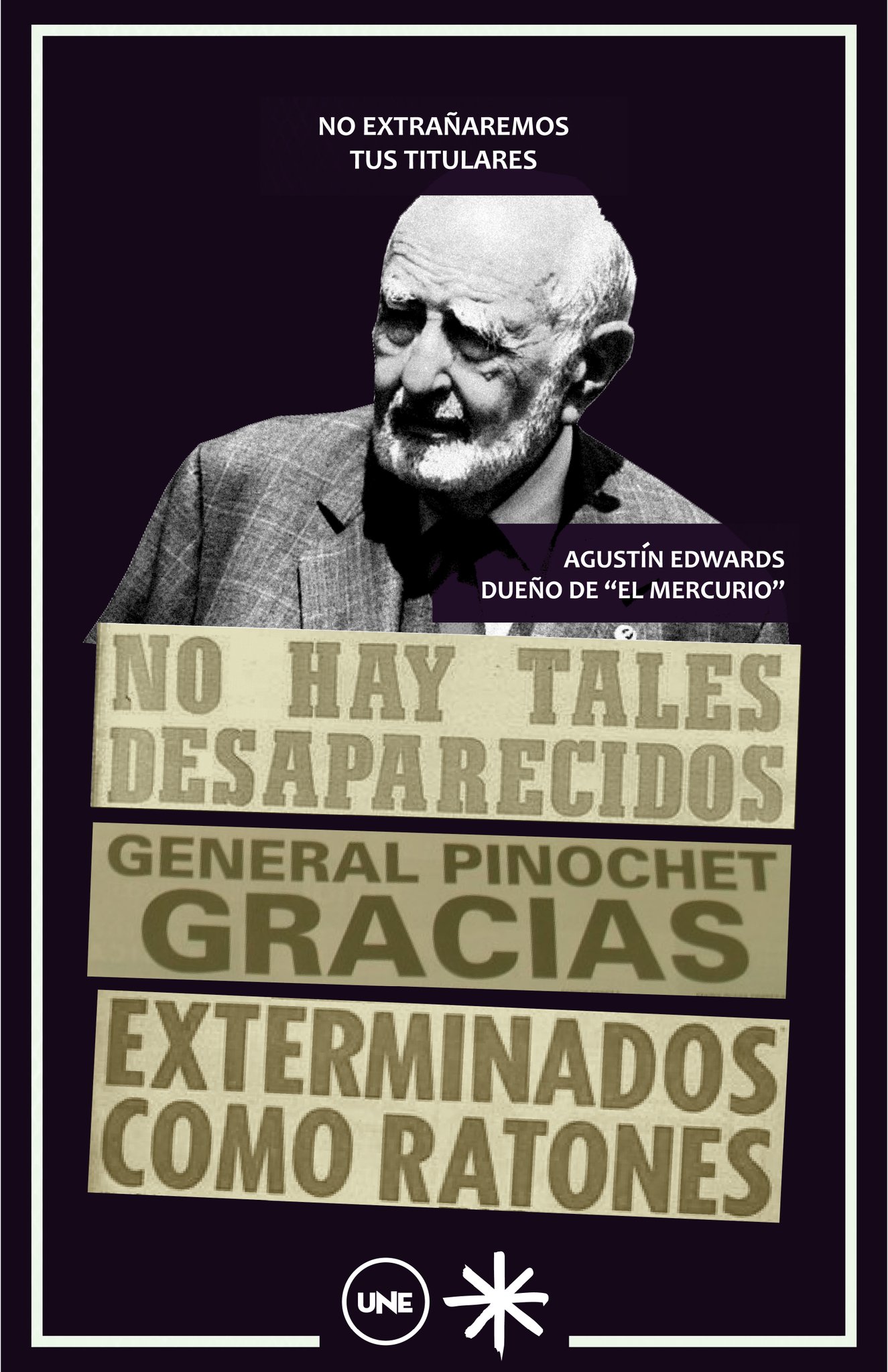 After the media mogul met with the CIA director, Kissinger worked to arrange a secret meeting between Edwards and President Richard Nixon in the Oval Office, according to the documents, but there are no records to prove that meeting took place. Edwards testified during previous investigations on the matter that he didn’t recall meeting Nixon.

Nixon had called Kissinger and Helms and instructed them to “save Chile” with a military takeover.

“I have this impression that the president called this meeting,” Helms testified before the U.S. Senate, “because of Edwards’ presence in Washington and what … Edwards was saying about conditions in Chile.”

Nixon authorized covert CIA funding of over US$1 million for El Mercurio “so that it could become a media megaphone of opposition, agitation, and misinformation against the Allende government,” the files reveal. The documents also show that the group received about US$2 million between 1971 and 1972 and continued to receive money until June 1974. Allende took office on Nov. 4, 1970.

Even the CIA praised the role of Edwards’ media support in Chile, claiming it played “a significant role in setting the stage for the military coup of September 11, 1973” as part of a “propaganda project.”

The trove of documents also shows that after Allende’s death, the financial support continued so that the El Mercurio media group would present the U.S.-backed military junta “in the most positive light for the Chilean public” and help Pinochet consolidate his power.

Edwards continuously denied that El Mercurio received funding from the CIA, and regarding his meeting with Helms, he said that the conversation took place “a few days after the election of Salvador Allende, which gave me the opportunity to comment on the circumstances that had permitted a communist president to win in a democratic country. At no time did we discuss a coup or anything like that.”

But the documents provide a historical account of what Edwards denied — that he and his flagship media enterprise, El Mercurio, were key in advancing a U.S.-backed plot to oust a democratically-elected president and install a dictatorship that went on to terrorize Chilean society for 17 years.