Thanks to Tim Bousquet and Parker Barss Donham for bringing this drone-enhanced vacation video of New York-based Victor Chu‘s trip to Nova Scotia to light. The video is dedicated to Chu’s late father, Jia-li Chu, who apparently always wanted to visit the province, but died before managing to do so.

Sighting. Trees that refuse to die no matter what

Trees have been around for about 370 million years, and as you can see from these incredible pictures, there’s a good reason why they’ve survived for so long. Whether they’re growing in the middle of gale-force winds, on the tops of rocky platforms, inside concrete tunnels, or even growing out of each other, trees know how to survive in places that few living organisms can, which explains why the planet is host to around three trillion adult trees that cover an estimated 30 per cent of the earth’s land. Considering that plants produce the vast majority of the oxygen that we breathe, we should all think ourselves very fortunate that trees are as resilient as they are. We wouldn’t even be here if they weren’t. Thanks

1. A Place Of Enchantment 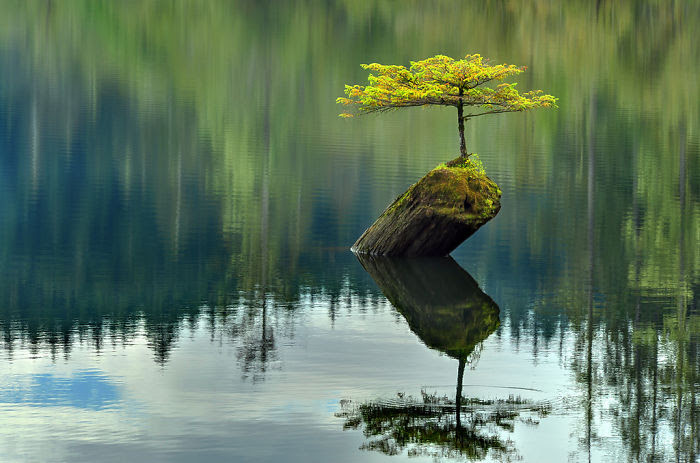 END_OF_DOCUMENT_TOKEN_TO_BE_REPLACED

The looming war between the Bani Saud

Saudi Arabia – a mother of terrorism

The ambitious bid of Bin Salman of the ruling family of Saudi Arabia, prime customer of Canadian-produced armaments, to consolidate power in his own hands | ZAFAR BANGASH*

There are clear signs of deep divisions among the members of Bani Saud that point to serious trouble in the days ahead. Largely the result of Crown Prince Muhammad bin Salman’s grab for unlimited (unaccountable) power and the disastrous policies he has pursued unilaterally, there is great unease among other members of the ruling family that may explode into open warfare.

While the demented King Salman appears largely oblivious to what is going on around him, his son, the arrogant and erratic Bin Salman (BS) continues to make policy blunders that other family members fear would spell doom for the clan. Former Crown Prince and Interior Minister Muhammad bin Nayif was unceremoniously dismissed from both posts last June and is now reported to be under house arrest. The move was engineered by Bin Salman to pave the way for his own accession to the throne. END_OF_DOCUMENT_TOKEN_TO_BE_REPLACED

Bombardier’s attempt to enter US market: Boeing uses US state to crush its competitor

Since this article was published a week ago, the US Commerce Dept. has levied additional tariffs on Bombardier at the behest of Boeing, now amounting to some 300 per cent on a sale of the C Series of aircraft to Delta Air Lines Inc. Yesterday, Bombardier announced that Airbus SE, a European Union monopoly and the main rival to Boeing, has assumed 50.1 majority ownership of the C Series airliner, without putting up a dime, in a deal that lasts only seven years. Jetliners ordered for the US market will be assembled in Mobile, Alabama to circumvent the tariffs. The C Series was originally intended to end the duopoly in the narrow-body jet market between Airbus’s A320 family and Boeing’s 737. END_OF_DOCUMENT_TOKEN_TO_BE_REPLACED

By VOICE OF REVOLUTION*

New York City and Buffalo’s Puerto Rican community, alongside that of Boston and Chicago, and joined by all those concerned across the country, have rallied support for the millions contending with no power, no drinking water and the broad devastation across Puerto Rico. It is the people in the U.S. and Puerto Rico who are setting up facebook pages to provide information about conditions in various towns, reach out to family in Puerto Rico where lack of power means communication is down, set-up fund raising campaigns, and organizing together for the recovery. END_OF_DOCUMENT_TOKEN_TO_BE_REPLACED

Long lineup outside a polling station.

Attempts by the Spanish government to outlaw Catalonia’s October 1 referendum on independence, including state violence, were militantly defied by the Catalans so they could exercise their right to decide the future of Catalonia. The anti-democratic suppression of Catalans by the Spanish government has been widely denounced, with rallies in support of Catalans’ right to decide taking place across Spain and Europe. END_OF_DOCUMENT_TOKEN_TO_BE_REPLACED

(Sept. 28) – Even in the midst of the difficult conditions in Puerto Rico following Hurricane Maria, Edwin González, representative of the Puerto Rican Mission to Havana, stressed that his country’s struggle for decolonization continues to be a priority for all those committed to social emancipation.  END_OF_DOCUMENT_TOKEN_TO_BE_REPLACED

Catalans confront riot squads from the Spanish national police sent in to stop the referendum, October 1, 2017.

Spanish national police have sealed off 1,300 of 2,315 schools in Catalonia designated as polling stations for the October 1 independence referendum, declared illegal by Spain’s Constitutional Court. Police have also occupied the Catalan government’s telecommunications centre. Thousands of national police officers are currently stationed on board two cruise ships docked in Barcelona’s port, to disrupt any voting, “and ultimately to guarantee Spanish sovereignty over Catalonia,” a BBC correspondent wrote. Restrictions have also been introduced on commercial light aircraft and helicopters flying over Barcelona over the weekend “to prevent activists trailing banners,” local media reported. END_OF_DOCUMENT_TOKEN_TO_BE_REPLACED