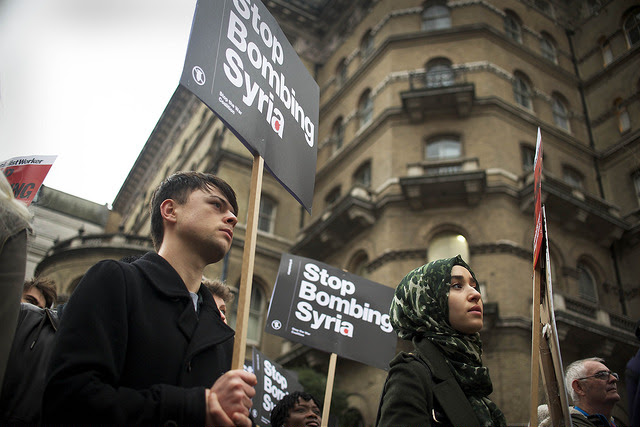 (April 11) – Syria’s Permanent Representative to the UN, Dr Bashar al-Jaafari, stressed that the threats by Western states to launch an aggression on Syria and their manoeuvres, misdirection, lies, and terrorism will not dissuade Syria from preserving its sovereignty and territorial integrity and from confronting any aggression regardless of its source, adding that Syria will not allow any of the permanent or non-permanent member states to do in Syria what they have done in Iraq or Libya.

Speaking during a session of the Security Council on the situation in Syria on Tuesday, al-Jaafari said, “The US representative said that there is a single monster today which stands in the face of the whole world, and it is a monster which has armed and financed terrorists for more than seven years in Syria, and I say that this monster is the US, Britain, and France who sponsored terrorism in Syria and before it in Iraq, Afghanistan, and Libya.”

He clarified that in a response to the campaign of allegations launched by some Western states against the Syrian Arab Republic regarding the alleged chemical attack in Douma city, the Foreign and Expatriates Ministry on Tuesday sent a formal invitation to the OPCW to send a team from the fact-finding mission to visit Douma and to investigate the alleged accident.

Al-Jaafari added that Syria welcomes the visit of a fact-finding team and it asserts its commitment to co-operate fully and its readiness to provide all the required help to allow this mission to do its work and to guarantee the safety of its members, stressing that Syria hopes the mission will perform its work with transparency and professionalism based on credible evidence.

He reiterated that those who proposed the US draft resolution are not seeking to uncover the truth, because the truth will prove that they are guilty along with their terrorist pawns on the ground.

“I affirm that the reality that the US, Britain, and France are the ones who caused the failure of what was called the Joint Investigative Mechanism due to their insistence on politicising its work and exerting pressure on its leaders,” al-Jaafari said, stressing that what is happening in the Council during this session is similar to what happened a year ago when the US used false and fabricated excuses about the use of chemical weapons in Khan Sheikhoun to attack al-Shairat Airbase.

He called on the Security Council’s member states to shoulder their responsibilities in supporting the international legitimacy and in protecting international peace and security from the terrorism which is being used by the aforementioned three permanent member states who seek to undermine the stability of the states and to decide the fate of their peoples.

Al-Jaafari reiterated that the Syrian Arab Republic strongly condemns any use of chemical weapons by anyone and under any circumstances, and that it is fully committed to co-operating with the OPCW to uncover the reality of the allegations.

He concluded by saying that the threats of some Western parties to launch an aggression and their manoeuvres, misdirection, lies, and terrorism will not dissuade Syria from preserving its sovereignty and territorial integrity and from confronting any aggression regardless of its source.

He noted that the Western states do not want the OPCW fact-finding mission to reach Douma because they don’t want it to reveal the falseness of their allegations.