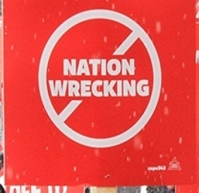 The U.S. warmongers of Boeing and the Pentagon have crushed Bombardier’s Canadian commercial jet production. While doing so, they also seized Brazil’s Embraer commercial jet production this past July. The anti-social pro-U.S. coup government of Brazil appears to have approved the Boeing takeover of Embraer. The former Brazilian governments of Presidents Lula da Silva and Dilma Rousseff opposed the U.S. war profiteers gaining control of Embraer. However, Rousseff was removed from office via a parliamentary coup in 2016 and Lula was unjustly imprisoned and blocked from running again for office this year. The foreign seizure of both Embraer and Bombardier’s commercial jet sectors leaves Boeing and the Pentagon in face-to-face open combat for dominance with Airbus and its European backers.

The billions of dollars of Quebec and Canadian state money paid to Bombardier to keep commercial jet production afloat in Canada have been lost to the executives at the company and the U.S. and European warmongers who have seized control not only of production and markets but the advanced technology involved in design and materials.

In response to the debacle, the Montreal Gazette says Quebec politicians have declared once again with utmost cynicism that Quebec is “open for business” to the very forces that destroyed Bombardier. With no shame, they do “not rule out” paying more state money to those in control.

The Gazette reports that what is left of the “aerospace cluster in Quebec is of paramount importance, the [Quebec] economy minister says, and the government wants to ‘avoid surprises.’ The provincial government would be open to investing more in Bombardier, Quebec’s economy minister said following a meeting with the company’s president and CEO, Alain Bellemare,” on November 16. Pierre Fitzgibbon, Minister of the Economy and Innovation in the Coalition Avenir Québec government, according to the Gazette, went on to say, “I made it clear to Bellemare ‘that would there be a requirement, would there be an opportunity, we would be open for business.’“

“Open for business” is neo-liberal code for pay-the-rich schemes and open season for oligopolies to do whatever suits their narrow private interests without regard for social responsibility.

Minister Fitzgibbon, in a pathetic response to the crisis of unemployment for thousands of threatened and laid-off aerospace workers, is quoted as saying, “‘I’m as – if not more – confident’ after meeting CEO Bellemare that ‘workers will be able to find new jobs in the aerospace industry.’“

Confident of what exactly, Minister? More disasters, insecurity and running off with state money while destroying means of production. Are the people to believe that Bellemare is suddenly going to find new jobs when in the past few years all he has done is cut thousands? In the face of the U.S. and European oligarchs and the competition within the war industry, the aerospace industry requires CEOs and local politicians who are quite willing to compromise their conscience by not even demanding accountability of themselves. The destruction of Canada’s commercial airline sector is not unexpected, nor is what happened to billions of dollars in state pay-the-rich schemes for Bombardier, and the scandalous personal amounts certain company executives have seized for themselves. The workers cannot expect cures from such gods of plague.

Adding fuel to the fire of reports that these same Bombardier executives have been cashing in their holdings in company stock since August 15, Quebec’s securities regulator, the Autorité des marchés financiers, is said to be “reviewing” a Bombardier program that allows certain senior executives to sell shares in the company – which they essentially gave to themselves – if they provided instructions in advance during periods when otherwise they would not be allowed to sell those shares.

It would be reasonable for the Bombardier workers to demand the government immediately seize those shares while it conducts a criminal investigation into this sordid affair.

The political representatives of the oligarchs in Quebec, Ontario and federally have proven themselves incapable of providing any direction for the economy in the face of this crisis. They refuse even to analyze why Bombardier’s perfectly good commercial jet operation has been destroyed or investigate the role of the warmongers at Boeing, the Pentagon and Airbus in this nation-wrecking.

Quebeckers and Canadians across the land are sick and tired of oligarchs who profit from betrayal and wrecking and their representatives in government who never hold them or themselves to account. One expects parties with seats in the National Assembly and MLAs who claim to represent the people to raise concrete demands that those who have been paying the rich in this sordid affair answer for the direction they have set for the economy. The working people and their organizations must demand a new direction for the economy away from the dominance of U.S. imperialism and its war economy of violent global competition and destruction of anything that stands in the way of its fight for hegemony.

The working class has the clear outlook that governments are duty-bound to serve the well-being and security of the actual producers as a first priority. Such an economy must have the political authority, the backbone of which is the working people, to enforce social responsibility and deprive the global oligarchs of their power to wreck the people’s nation-building projects, which has imposed on the entire world a war economy that threatens humanity’s existence.

The elaboration of a new direction begins with holding to account all those who have been responsible for the Bombardier wrecking and other crimes.