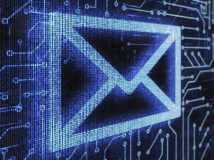 The attacks against Huawei and individual officers of the company come at a time when inter-monopoly competition in the high-tech communications sector becomes fiercer each day. Invoking the rule of law to justify Canada’s arrest of a Huawei executive rings hollow when we see the elaborate international U.S. campaign to discredit and undermine Huawei. This includes international political and military threats designed to intimidate countries to stop them from incorporating Huawei technologies in their 5G networks.

The latest example of this vast U.S. campaign was on evidence at a recent international technology show held the last week of February in Barcelona, Spain. Called MWC Barcelona, it was a four-day industry show of mobile devices and innovations with over 100,000 visitors.

It has been reported that the U.S. government sent a large delegation to Barcelona to warn international telecom executives not to trust Huawei. A report on the CTV News website, titled “U.S.-China battle over Huawei comes to head at tech show,” quoted one of the participants, who expressed his concern as follows:

“The geopolitical tensions between the USA and China will undoubtedly be a hot topic at MWC, particularly in the context of Huawei,” said Shaun Collins, CEO of research firm CCS Insight. “There is little doubt that operators around the world are concerned that draconian sanctions on their ability to use Huawei’s 5G infrastructure could have detrimental effects on their 5G roll-out plans.”

The report went on to describe the work of U.S. representatives behind the scenes to suggest that Ericsson of Sweden and Finland’s Nokia should be the preferred suppliers of 5G equipment.

Huawei also had a very large presence in Barcelona and promoted its equipment by drawing attention to its lower cost 5G networks with the promise of “lightning fast download speeds and less signal lag – advancements that will help develop self-driving cars, factory robots and remote surgery.”[1]

It is clear that this belligerent activity of the U.S. is becoming more and more aggressive and is interfering in the right of countries to decide for themselves, based on their own situation, the kind of telecommunications system that best serves their needs. The U.S. has been justifying this blatant attack on Huawei by claiming threats to its national security, accusing the telecom company of enabling Chinese espionage all over the world. This amounts to nothing more than the pot calling the kettle black.

It is a fact that since the end of WWII the U.S. has systematically established a vast worldwide espionage network. The creation of a National Security State became a priority of the Truman administration to defend the U.S. against the “communist threat” from the USSR which was described at the time as not only a threat to U.S. national security but a threat to “civilization itself.”[2]

The National Security Council (NSC) was created in July 1947 as part of a general reorganization of the U.S. National Security Apparatus. The function of the NSC, as outlined in the 1947 Act was to advise the President on integration of domestic, foreign and military policies relating to national security and to facilitate inter-agency cooperation.

In addition to the establishment of systems and organizations of international espionage (CIA), the National Security Agency (NSA) was created in 1952 to provide signals intelligence (SIGINT) and security for computer network operations (CNO), which is now known as cyber security.

At the time President Truman denied that this would involve espionage and covert operations to support foreign policy objectives, but these types of activities were undertaken on an ever broadening scale. In fact one of the first actions of the NSC was to authorize covert interference in the Italian election in April 1948.

The formal institutionalization of covert actions was established as NSC 4 in December 1947 and NSC 10/2 in June 1948.

The National Security State has since grown to include at least 17 different agencies, which have been responsible for countless criminal actions that include acts of state terrorism to impose U.S. imperialist interests in country after country throughout the world.

Although the spying activities of U.S. security forces on its own citizens and against people fighting against colonialism and imperialism worldwide have been exposed on many occasions, the extent of U.S. espionage activities was fully revealed in 2013 by Edward Snowden.

Snowden, a former CIA employee and contractor for the U.S. government, copied and leaked millions of pieces of highly classified information from the National Security Agency. The documents revealed not only the activities of the NSA but also included the Five Eyes – U.S., Canada, UK, Australia and New Zealand – and shed light on the vast, secret, mass surveillance programs and its capabilities.

Many of the documents initially released by Snowden and reported on in mainstream media contained details on the SSO unit, a division of the NSA. In particular, under the PRISM program, service providers – including Google, Apple, Microsoft, Facebook, YouTube, PalTalk, AOL and Yahoo – allowed the NSA to collect communications data for analysis. Also part of SSO are the programs which tap fibre-optic cables around the world – at least some of the access to these fibre-optic cables is achieved through industry cooperation. Other operations are undertaken without the knowledge of the companies involved.

Another category of documents reveals NSA operations that compromise smartphones and calling patterns. Location data enables the agency to discern previously unknown relationships between individuals using its CO-TRAVELER system. Cookies and data from mobile apps are targeted by a number of NSA tools. Text messages are also routinely collected.[3]

U.S. claims that Huawei is a threat to national security are not only to benefit private interests among the telecom oligopolies with an unfair advantage in competing with Huawei technology. Just as important, if not more, it is desperately trying to protect its cyber espionage network and maintain U.S. domination of surveillance and spying all over the world.

The U.S., through its Five Eyes partners, which include Canada and its Communications Security Establishment (CSE), have been working systematically for years to destroy Huawei. A recent article in the Sydney Morning Herald in Australia, reports about a meeting in Nova Scotia in July 2018 of spy chiefs from the Five Eyes. Apparently Prime Minister Trudeau attended some of the meeting. The title of the article is, “How the ‘Five Eyes’ Cooked up the Campaign to Kill Huawei.” There were no reports about this meeting in Canada.

The article points out: “In the months that followed that July 17 dinner, an unprecedented campaign has been waged by those present – Australia, the U.S., Canada, New Zealand and the UK – to block Chinese tech giant Huawei from supplying equipment for their next-generation wireless networks.”[4]

Since the meeting in Nova Scotia, intelligence officials have given a series of public speeches as part of a coordinated effort to ban Huawei from 5G networks. The article goes on to report that, “Mike Burgess put Huawei back on the national agenda when on October 29 he became the first Director-General of the Australian Signals Directorate to make a public speech in the organization’s 70-year history.”

The coordinated activities of the Five Eyes countries clearly shows that the arrest of Huawei CFO Meng Wanzhou had little to do with the “rule of law in Canada” but more to do with continued attacks against Huawei.