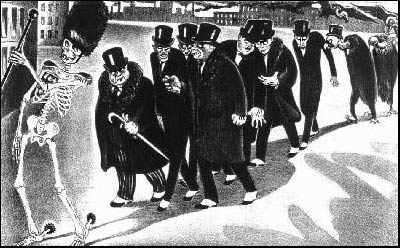 Worldwide total military spending amounts to some $1.69 trillion per year. Of this, about $375 billion goes to buying arms.

The trend in international transfers of major weapons, 1979-2018. Data and graphic: SIPRI.

The five largest exporters in 2014-18 were the United States, Russia, France, Germany and China. Together, they accounted for 75 per cent of the total volume of arms exports in 2014-18. Of these, the U.S. is far the largest.

“The U.S. has further solidified its position as the world’s leading arms supplier,” says Dr Aude Fleurant, Director of the SIPRI Arms and Military Expenditure Programme. “The USA exported arms to at least 98 countries in the past five years; these deliveries often included advanced weapons such as combat aircraft, short-range cruise and ballistic missiles, and large numbers of guided bombs.”

The U.S. role as the number one arms manufacturer in the world is reflected in the chart below that shows the world’s top 10 arms companies by sales, location, and arms as a percentage of sales, based on data from SIPRI:

Of the top ten companies by sales, seven of these are U.S. The other three are Airbus, which gets 17 per cent of its sales from arms production, as well as the UK’s BAE Systems and Italy’s Leonardo.

Considering the top 100 list of arms companies by sales, U.S. companies accounted for a 58 per cent of total arms sales (this figure does not account for sales by Chinese companies, for which complete data was not available). This figure is said to provide a rough approximation of the percentage of global arms sales by U.S. arms manufacturers. In 2016, of the top 100 arms manufacturers, U.S. firms sold $217.2 billion worth of arms, up 4.0 per cent over the previous year.

Saudi Arabia became the world’s largest arms importer in 2014-18, with an increase of 192 per cent compared with 2009-13. It has been carrying out military aggression against neighbouring Yemen since 2015.

SIPRI notes that weapons from the U.S., UK and France are in high demand in the region, also noting that Russia, France and Germany have dramatically increased their arms sales to Egypt in the past five years.

Asia and Oceania Region Imports the Most Arms

SIPRI reports that states in Asia and Oceania received 40 per cent of global arms imports in 2014-18, but there was a decrease of 6.7 per cent compared with 2009-13. The top five arms importers in the region were India, Australia, China, south Korea and Vietnam.

“India has ordered a large number of major arms from foreign suppliers; however, deliveries are severely delayed in many cases,” says Siemon T. Wezeman, Senior Researcher with the SIPRI Arms and Military Expenditure Programme. “In contrast, Chinese arms imports decreased because China has been more successful in designing and producing its own modern weaponry.”

This report covers exports of goods and technology designed for military purposes, and does not include data on dual use or strategic items.

Global Affairs Canada does not collect data on most military exports to the United States. Canada and the U.S. have had a Defence Production Sharing Agreement in place since the 1950s, which has helped create an integrated North American technological and industrial base and supported Canada-U.S. trade. As a result, most military items shipped between Canada and the U.S. do not require permits and are therefore not included in the data presented in this report. […]

– For the 2017 calendar year, Canada’s total exports permitted under the Export and Import Permits Act of military goods and technology amounted to approximately $1.031 billion.

– The major share ($962.1million or 93.3 per cent) went to member countries of the North Atlantic Treaty Organization (NATO) or other countries included on Canada’s Automatic Firearms Country Control List (AFCCL). See Annex B for the list of AFCCL countries.

– Saudi Arabia was the largest non-U.S. export destination in 2017, receiving approximately $497.5 million in Canadian military exports (accounting for 48.25 per cent of the total value of non-U.S. military exports).

Table 1: 2017 – Total Value of Exports for Military Goods and Technology to Destinations by Defence Relationship

Table 3: 2017 – Canada’s Top Ten Destinations for Military Goods and Technology (outside of the U.S.)

Related reading on this site

One response to “The global arms trade”