What are the real interests of the U.S. and corporations in the region? Freedom, democracy, human rights? No. Their goal is to preserve imperialist domination of our natural resources| ENRIQUE MORENO GIMERANEZ

Our America is again suffering escalating aggression by U.S. imperialism and local oligarchies. The region is experiencing a sad reality involving dangerous turmoil and socio-political instability, promoted by Washington. END_OF_DOCUMENT_TOKEN_TO_BE_REPLACED

Looking towards a New Ireland: “The Republic is within our sight’

The Irish general election of February 8 concluded with no party holding a majority of seats in Dáil Éireann. Sinn Féin made significant gains; it received the most first-preference votes, and won 37 of the 160 seats, the party’s best result since it took its current form in 1970. Fianna Fáil also won 37 seats, but with fewer first-preference votes. Fine Gael, the governing party led by Leo Varadkar, came third both in seats (35) and in first-preference votes. Of the 51 remaining seats, one is held by the Irish Speaker, uncontested, 19 were won by independent candidates, and 31 by other parties: Green Party, Labour Party, Social Democrats, Solidarity-People Before Profit, Aontú, and Independents4Change. END_OF_DOCUMENT_TOKEN_TO_BE_REPLACED

Canada’s relations with Caricom: Self-serving definition of what it means to be a ‘vital partner’ 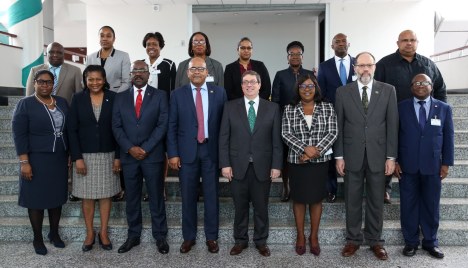 Heads of Government reaffirm solidarity with Cuba at the 31st CARICOM Inter-Sessional Summit held from February 18 -19 in St Michael, Barbados.

(February 23) – The meeting of the regime change Lima Group hosted by Canada on February 20 in Ottawa comes right on the heels of Foreign Minister François-Philippe Champagne’s meeting on February 18-19 with leaders of Caribbean Community (CARICOM) in Bridgetown, Barbados. He was sent as a substitute for Prime Minister Justin Trudeau.

The 15-member organization[1] has served as an effective block to attempts by the U.S. and its allies to use the discredited Organization of American States (OAS) as a political weapon against Venezuela. It has  denied them the number of votes needed to take action against Venezuela in the name of the OAS. This led the U.S. and Canada to set up the illegitimate Lima Group outside the OAS for the purpose of advancing their illegal regime change project. END_OF_DOCUMENT_TOKEN_TO_BE_REPLACED

Canada intensifies subversion of Venezuela and attempts to divide Caricom

(February 20) – Today the Canadian government is hosting a ministerial meeting of the Lima Group in Ottawa-Gatineau. For the information of readers, we are reposting two recent articles by Margaret Villamizar, a journalist with TML Weekly and specialist on Latin American affairs on the recent “visit” of Juan Guaidó as part of his two-week U.S.-sponsored “world tour”, and the forces in motion in Latin America and the Caribbean with the dawn of 2020. In addition, we feature reports from Venezuela and Cuba, as well as the 10th anniversary of the devastating earthquake in Haiti commemorated  inMontreal. END_OF_DOCUMENT_TOKEN_TO_BE_REPLACED 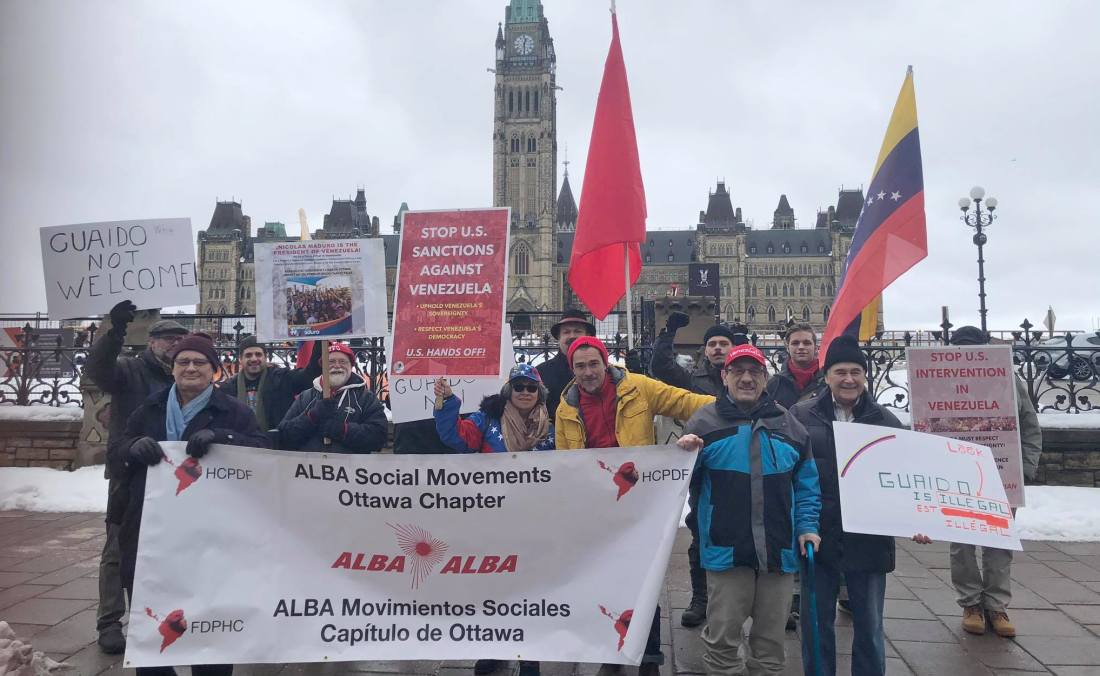 (February 20, revised February 23) – Today Canadian Foreign Minister François-Philippe Champagne is hosting a Ministerial meeting of the Lima Group in Gatineau, Québec, across the Ottawa River from the capital. This grouplet represents a small number of countries established by Ottawa in co-ordination with the United States outside the Organization of American States as part of its offensive to destabilize and remove the elected government of Venezuela. The meeting follows immediately on the heels of a Champagne’s trip to address a meeting of the Caricom countries in Barbados.

END_OF_DOCUMENT_TOKEN_TO_BE_REPLACED

(February 14) – It is hard to say if Erdogan is running out of choices, friends, time, or all of the above; and his stands on various issues and the contradictions he ploughs through are making his situation increasingly untenable. END_OF_DOCUMENT_TOKEN_TO_BE_REPLACED

The morning after President Donald Trump committed to recognizing Israeli sovereignty over parts of the West Bank during the release of his much-awaited Middle East peace plan, Palestinians protested the deal that would annex the Jordan Valley, the breadbasket of their territory, by motoring trackers through an Israeli checkpoint. END_OF_DOCUMENT_TOKEN_TO_BE_REPLACED