Foxes in the henhouse – Who decides where government bailout money goes?

In the wake of the COVID-19 pandemic, trillions of bailout dollars in the U.S. and Canada are about to be fire-hosed into particular areas of the economy. Given that this is public money, who decides where and to whom these funds should go? | PETER EWART 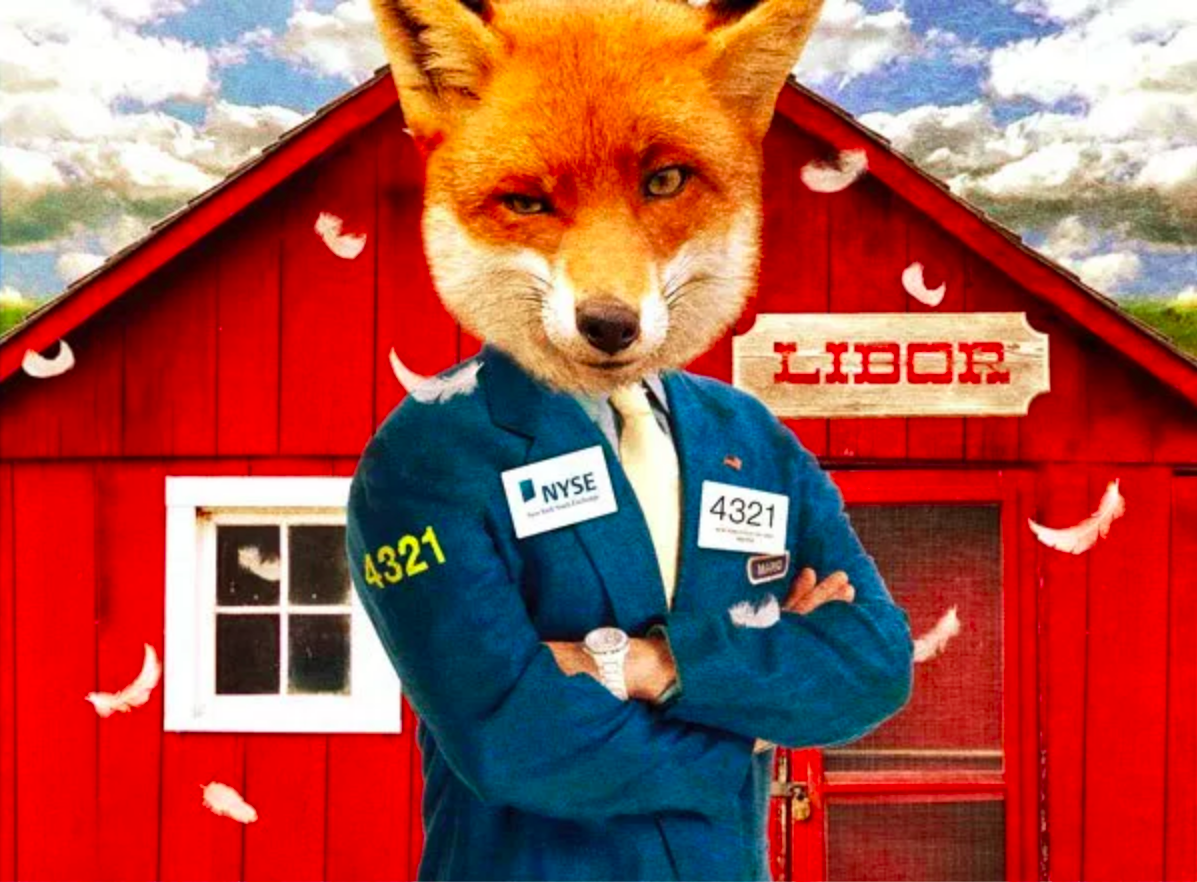 It is logical that workers, professionals, and small and medium-sized businesses should have a central role in this, given their critical involvement in the creation of value in the economy and that they constitute almost the entire population of North America. But they don’t. Instead, key power and authority has been handed over to a small group of private mega-banks and financiers.

For example, the U.S. Treasury, which will be providing the bailout funding in the U.S., is a public institution that is supposed to answer to Congress. Yet, for much of the bailout, the Trump administration has taken the authority away from the U.S. Treasury and given it to the private banks of the Federal Reserve. In turn, the Federal Reserve banks have appointed BlackRock – the largest private asset manager and “shadow bank” in the world – to oversee whole sections of the bailout and to decide which corporations and institutions are to live or die.

However, neither the Federal Reserve nor BlackRock will be liable for any of the risk associated with the bailout loans no matter their quality. All the risk and backstopping of corporate defaults will fall onto the U.S. Treasury and, by extension, the people of the U.S.[1] This is not a minor issue. With BlackRock and other financial institutions at the helm, who is going to benefit from these bailouts to selected corporations, which will amount to $4.5 trillion (or by some estimates even more)? Will it be the highly leveraged “zombie” companies which have been bailed out before or who have connections with the Trump administration or BlackRock? Will it be those corporations who took advantage of low interest rates to spend trillions on stock buybacks (thus enriching CEOs and shareholders) instead of investing in their workers and production facilities? Or will it be those oligarchs who have outsourced much of their operations to other countries or have issued billions in junk bonds? It looks like many of these chosen entities and their CEOs stand to be rewarded handsomely, while the people of the U.S. try to survive on a paltry $1,200 handout and limited employment insurance payments.

In regard to BlackRock itself, it currently manages a colossal $7 trillion in assets, along with another $20 trillion through its financial risk monitoring software. Despite being by far the largest asset manager and “shadow bank” in the world, BlackRock is not subject to the same regulatory scrutiny as other financial entities.[2] Both Democrat and Republican administrations, including the current Trump one, have allowed this situation to persist for years.

BlackRock accumulated much of its fortune in the 1990s and early 2000s by playing a key role, along with other financial institutions, in promoting mortgage-backed securities. It was these same toxic securities that poisoned the banking system and resulted in countless housing foreclosures, bankruptcies and evictions in the 2008 financial crisis, and much hardship for the people of the U.S. To their disgrace, both Democrats and Republicans then allowed BlackRock to “clean up” this toxic mess by giving it authority to hand out trillions of dollars of public funds to chosen banks, hedge funds and other financial institutions, and, in the process, pocketing millions of dollars.

It is interesting to note that following the 2008 bailouts and the others that followed, BlackRock’s managed assets skyrocketed from $1.3 trillion to $7.4 trillion today, while the net worth of the majority of the people of the U.S. either stagnated or fell.[3]

Speaking to BlackRock’s notorious practice of selling investors junk bonds and misrepresenting these as “high yield” Exchange Trade Funds (ETFs), Wall Street oligarch Carl Icahn called BlackRock “an extremely dangerous company” and claimed that the mafia “has a better code of ethics.”[4] Other Establishment observers have expressed fears that there is danger of huge conflict of interest in handing over to BlackRock the power to decide which corporations and which sectors will receive bailouts, given that it will likely have interests and investments in the very same corporations and ETFs that are to be bailed out (as it did in 2008). Some have tried to argue that BlackRock will charge relatively low fees for the transactions it will provide. But that misses the point as it is in BlackRock’s discretionary powers to pick winners and losers where the real bonanza and clout lie.[5]

So what does this have to do with Canada? On March 27, the Bank of Canada announced that it would be introducing a Commercial Paper Purchase Program to “help support the flow of credit to the economy” by buying up “asset backed [commercial paper] issued by Canadian firms, municipalities and provincial agencies.” As an update to this announcement, the Bank of Canada announced that BlackRock will be providing “advisory services” to support the Bank of Canada program. In addition, TD Asset Management will be the asset manager and CIBC Mellon the custodian.[6] It should also be noted that earlier last year, BlackRock and the Royal Bank announced a partnership to establish a new ETF in Canada.

What conflicts of interest will arise from all of the above remains to be seen. But it reveals how much the financial oligarchy in Canada, as well as the Canadian state itself, has become integrated into a North American economy dominated by U.S. global corporations.

The situation also shows how the economic system in both Canada and the U.S. is not classical capitalism but rather state monopoly capitalism, where giant enterprises are regularly backstopped with public funds and the boundaries between the state and the financial oligarchy are virtually non-existent.

This is amply demonstrated when the political parties in the U.S. Congress and the Canadian Parliament allow the oversight of these massive public-funded bailouts to be put squarely in the hands of BlackRock and other private financial institutions with little or no objection.

Questions need to be asked. Firstly, why should BlackRock of all institutions be given such authority and influence by Congress and Parliament, given its track record? And secondly, to address the broader picture, why should the private big banks and financial oligarchs, both in the U.S. and Canada, be given so much power over where public funds go, especially when we are possibly facing an extremely severe recession which could shake the world economy to its foundations? Where does the will of the people come into this? Should private interest trump public good?

Once again, it looks like the foxes are being put in charge of the henhouse. We need a better way forward.

RELATED – FOR YOUR INFORMATION

This week’s TML Weekly supplement looks into the government’s borrowing, who it favours and the consequences.

• Who Benefits from Government Debt to the Financial Oligarchy?
• Canada’s Federal Debt

• Statistics Canada on the Role of Government in Canada’s Economy

• Banks of the Global Financial Oligarchy

• How the Bank of Canada Creates Money for the Federal Government: Operational and Legal Aspects

• Official Government Information on the Economic and Fiscal Situation

• How the Imperialists Misuse the Word “Capital”