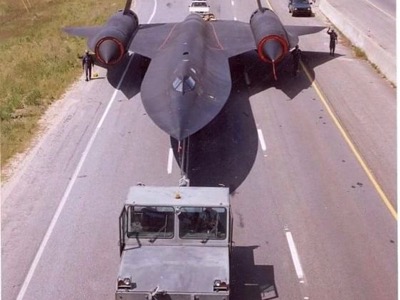 At Nellis Air Force Base in Nevada – announces the Pentagon – construction of a 5G experimental network will begin in July. It will become operational in January 2021.

The Red Flag, the most important air manoeuvre in the United States, took place at this base last March, with the participation of German, Spanish and Italian forces. (The Royal Canadian Air Force, which normally participates, denies it participated in the Red Flag [1].)

The latter were also composed of F-35 fighters which – the Air Force says – were “integrated with the best of American military aviation” in order to “exploit the full potential of the aircraft and weapons systems on board”, including certainly the nuclear ones. At the Red Flag in 2021, 5G mobile networks consisting of towers, that can be assembled and disassembled in less than an hour for rapid transfer depending on the operation in progress, will probably already be in operation for testing in a real environment.

The Nellis base is the fifth selected by the Pentagon to test the military use of 5G: the others are in Utah, Georgia, California and Washington State.

A Congressional Research Service paper (see below) explains that this fifth-generation mobile data technology can have “many military applications.” One such application is for “autonomous military vehicles,” that is, robotic air, land and naval vehicles capable of autonomously performing attack missions without even remote control. This requires the storage and processing of an enormous amount of data that cannot be carried out solely on board the autonomous vehicle. The 5G will allow this type of vehicle to use an external data storage and processing system, similar to the current Cloud for personal file storage. This system can make possible “new military operational concepts”, such as “swarming”, in which each vehicle automatically connects to the others to carry out the mission (e.g., an air attack on a city or a naval attack on a port).

5G will make the entire command and control system of the US armed forces more powerful on a global scale: currently – explains the document – it uses satellite communications but, because of the distance, the signal takes some time to arrive, causing delays in the execution of military operations. These delays will be virtually eliminated by 5G. It will play a decisive role in the use of hypersonic weapons, which, also equipped with nuclear warheads, travel at more than 10 times the speed of sound.

5G will also be extremely important for the secret services, making possible much more effective control and espionage systems than the current ones. “5G is vital to maintaining America’s military and economic advantages,” the Pentagon said.

Particularly advantageous is the fact that “the emerging 5G technology, which is commercially available, offers the Department of Defense the opportunity to take advantage of this system at lower costs for its own operational requirements. In other words, the 5G commercial network, made by private companies, is being used by the U.S. Armed Forces at a much lower cost than would be required if the network were made solely for military purposes. This also happens in other countries.

It is therefore understandable that the 5G dispute, especially between the United States and China, is not part of the trade war alone. 5G creates a new track for the arms race, which is taking place less in terms of quantity than quality. This is not addressed by the media and is largely ignored even by critics of the technology, who focus their attention on the possible harmful effects on health. This commitment is certainly of great importance, but it must be joined with those opposing the military use of this technology, which is unwittingly financed by ordinary users of fifth-generation mobile phones.

On June 8, we reported “At the end of February, the United States conducted a military exercise in Nebraska that ‘simulated a ‘limited’ nuclear exchange with Russia.’

“That same month, the RCAF deployed 24 CF-188s – along with air to air refuellers and Globemaster cargo planes – from Bagotville and Cold Lake (433rd and 425th Tactical Squadrons) to participate in exercises at AFB Luke in Arizona and Nellis AFB in southern Nevada, the Tipic Sauvage and Haboob Havoc exercises. Before the release of the official USAF pictures taken by their photographers in March, “you didn’t hear a single thing about these Canadian training operations.”

The Hidden Military Use of 5G Technology

The operation organised by the “Five Eyes” against Huawei aims exclusively to ensure that 5G technology in the West will not be controlled by a Chinese company. As a Pentagon report attests, this civilian technology is primarily used for military purposes. 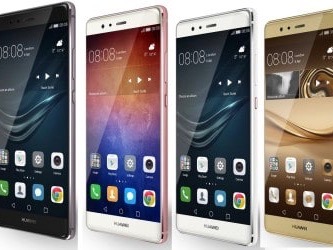 At the London Summit, NATO’s 29 countries pledged to “guarantee the security of our communications, including 5G”. Why is this fifth generation mobile data transmission technology so important for the Atlantic Alliance?

While previous technologies were finalised to produce ever more advanced smartphones, 5G is designed not only to improve their performance, but mainly to connect digital systems that need huge amounts of data to operate automatically. The most important applications of 5G will be realized not in the civilian field, but in the military field.

The possibilities offered by this new technology are explained in the report Defense Applications of 5G Network Technology, published by the Defense Science Board, a federal committee that provides scientific advice to the Pentagon: “The emerging 5G technology, commercially available, offers the Department of Defense the opportunity to benefit at minor costs from the benefits of this system for its own operational requirements”.

In other words, the 5G commercial network, carried out by private companies, will be used by the US armed forces at a much lower cost than would be necessary if the network were carried out solely for military purposes. Military experts predict that 5G will play a key role in the use of hypersonic weapons: missiles, including those armed with nuclear warheads, that travel at a speed greater than Mach 5 (5 times the speed of sound). To guide them on variable trajectories, by changing course in a fraction of a second to avoid interceptor missiles, it is necessary to collect, develop and transmit huge amounts of data in very fast times. The same is necessary to activate defences in the event of an attack with such weapons: since there is no time to make a decision, the only possibility is to rely on automatic 5G systems.

The new technology will also have a key role in the battle network. Being able to connect millions of transmitter-receiver devices in a limited area at the same time, it will enable the military – departments and individuals – to transmit maps, photos and other information on the current operation to each other in near real time.

Extremely important will also be the G5 for secret services and special forces. It will make possible much more effective control and espionage systems than those of today. It will increase the lethality of killer drones and war robots, giving them the ability to identify, track and strike people based on facial recognition and other characteristics. The 5G network, being a high-tech warfare instrument, will automatically also become the target of cyber attacks and war actions carried out with new generation weapons.

In addition to the United States, this technology is being developed by China and other countries. International 5G litigation is therefore not only commercial. The military implications of 5G are almost completely ignored because even critics of this technology, including various scientists, focus their attention on the harmful effects on health and the environment due to exposure to low frequency electromagnetic fields. This commitment is of the utmost importance, but it must be united with the one against the military use of this technology, indirectly financed by ordinary users. One of the greatest attractions, which will promote the diffusion of 5G smartphones, will be to be able to participate, by paying a subscription fee, in war games of impressive live realism with players from all over the world. In this way, without realizing it, the players will finance the preparation for war, the very real one.