This Day. Anniversary of the National Hunger March in Britain

The present in Britain: food poverty amongst the unemployed and low paid 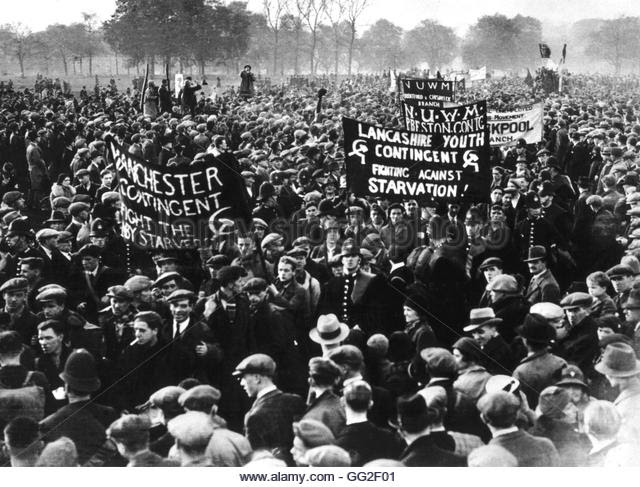 October, 2020 marks the 88th anniversary of the National Hunger March of September-October 1932. It was the largest of a series of hunger marches in Britain during the great depression. 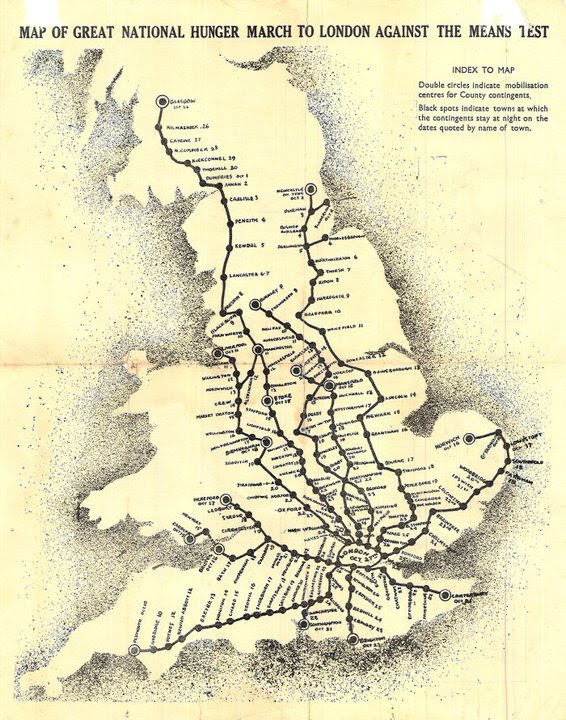 There had been successive hunger marches to London: miners’ contingents, the National Unemployed Workers’ Committee Movement and the workers’ organisation known as the Minority Movement or National Minority Movement, which had previously been organised on the initiative of the Communist Party of Great Britain (CPGB) in 1922-23, 1929 and 1930. The march of miners from South Wales to London in 1927 represented the whole of the unemployed workers, and called upon all unemployed workers to join the National Unemployed Workers’ Committee Movement. Throughout 1932 there was a profound atmosphere of unrest across Britain. Running battles between police and demonstrators took place in Merseyside, Manchester, Birmingham, Cardiff, Coventry, Nottingham, Oldham, Porthcawl, Stoke, Wigan, Preston and Bolton.

The hunger marches continued in South Wales after 1936 but the state took a less confrontational approach because the marches through the Welsh Valleys had grown larger. Workers returning from the Spanish Civil War were disciplined volunteers and much more highly organised after this anti-fascist war.

With unemployment at 2,750,000, came the “Great National Hunger March against the Means Test.” The only benefit, the dole, was being limited. They came in eighteen contingents of marchers, mainly from economically depressed areas such as the South Wales Valleys, Scotland and the North of England designed to meet up in Hyde Park in London. A petition containing a million signatures demanded the abolition of the means test and the 1931 Anomalies Act, which was intended to be presented to Parliament after a rally in the park.

The first contingent of marchers left Glasgow on 26 September. Marchers were greeted by a crowd of about 100,000 upon their arrival at Hyde Park on 27 October 1932. 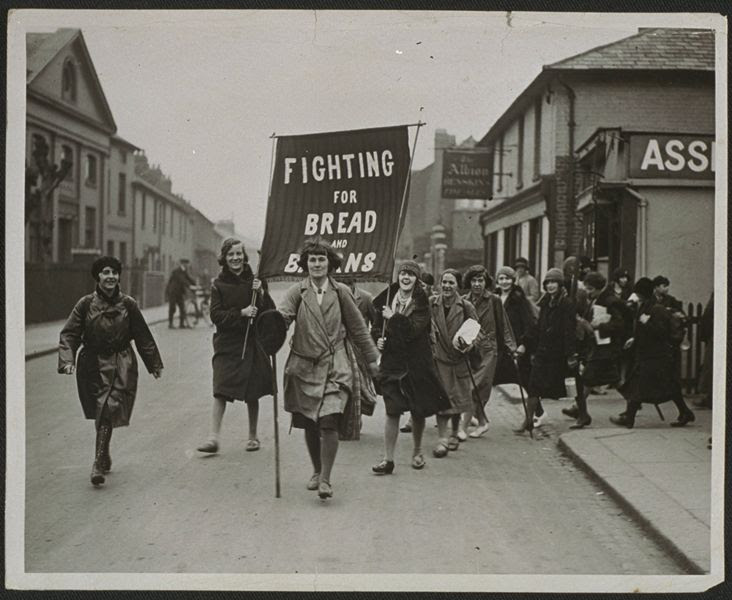 The marchers were condemned by the establishment and its media. They were said to be a threat to order and were met with hysteria. The National Government used force to stop the petition reaching parliament, with it being confiscated by the police.

The Metropolitan Police Commissioner mobilised a total police force of 70,000 against the marchers and their supporters and battles took place around Hyde Park. Mounted police were used to disperse demonstrators, and 75 people were badly injured.

Today, during the conditions of pandemic and economic crisis, it is good to reflect on the period of the great depression of the 1930s, when the workers were organised and turned out in large numbers against unemployment and food shortages. Workers organised to resist the conditions forced upon them. In the conditions of the present, workers and their families cannot and will not allow impoverishment and food shortages to be foisted upon them. This is despite what the authority thinks in its neglect. It is within the context of foodbanks, feeding the isolated during a pandemic, forcing low paid workers and unemployed to skip meals and ensuring children of free meals during school term breaks, that the human factor is mobilised. Workers, through their consciousness and organisation, are striving for empowerment and decision-making powers to change the direction of the economy and relations with nature to resolve current problems. This striving for change is the order of the day. 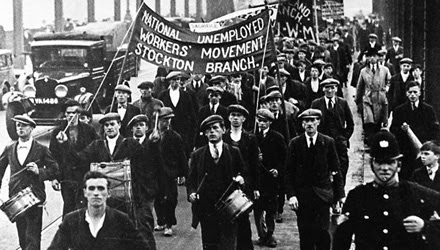 Tagged as Britain, Poverty Line, Resistance, This day in history