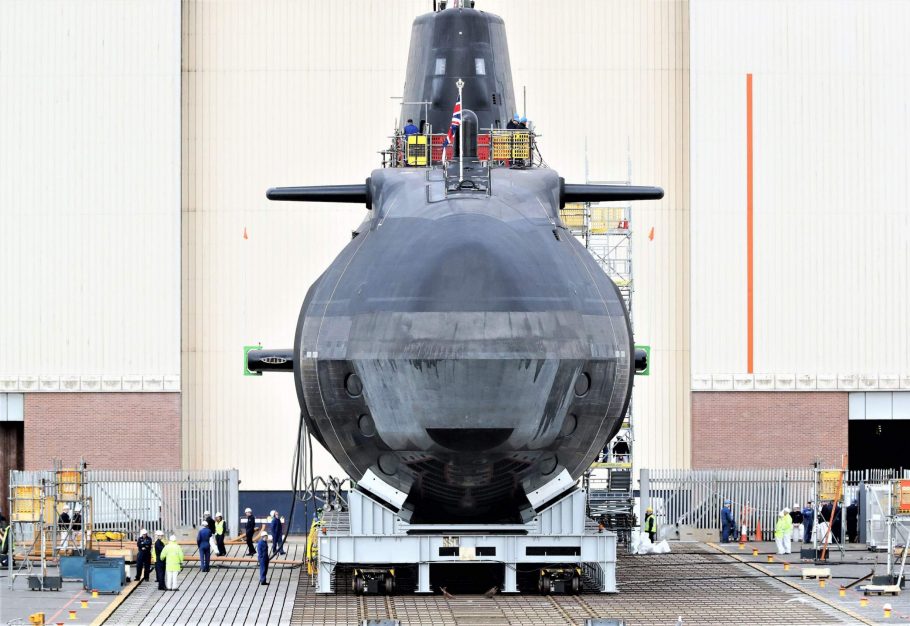 The Ministry of Defence has forked out hundreds of millions of pounds to its favoured clients in 2020, in the face of the economic ruin caused by the COVID-19 pandemic.

A Byline Times investigation has revealed multi-million-pound contracts signed by the MoD surged by more than £30 million between April and July 2020, despite the economic toll of the Coronavirus pandemic.

In comparison to 2019, the ministry’s 10 top contractors – headed by BAE Systems and Babcock International – took in an extra £32 million worth of profits from contracts with the MoD.

The MoD paid the 10 companies a total of £712.4 million for contract work in just four months, in comparison to £679.6 million in the same period the previous year. Statistics firm Statista revealed that these 10 companies were the MoD’s “leading suppliers” in 2018-2019.

While contract data is vague, some of the expenditure has been traced back to the industry giants.

BAE Systems, which was the highest paid MoD contractor in 2018/2019, received £200 million worth of funding towards its dreadnought submarine work in the six months leading up to June 2020. Much of that period was spent under lockdown, which began in England on 23 March. The documents do not disclose when exactly the £200 million was spent on the submarine fleet.

The dreadnought submarines, expected to cost £7.2 billion by the end of production, will replace the Royal Vanguard class of submarines, which carry the UK’s nuclear deterrent.

Overall, BAE took £353.9 million of the MoD’s money between April and July, an increase of more than £45 million on the same period in 2019. The British security and defence firm – which refers to the MoD as its “main customer” in its most recent half year report – has been criticised repeatedly for exploiting the much-publicised ‘revolving door’ of government positions and the arms industry.

£569 million was spent on ventilators during the pandemic – in comparison to the £712 million spent on defence contracts with these 10 companies alone.

BAE’s chief lobbyist, Oliver Waghorn, previously worked as a special advisor to Conservative MP Liam Fox while he was Defence Secretary. Under Prime Minister Theresa May, Fox was then made International Trade Secretary, which involves managing trade regulations with other countries.

BAE continues to secure large contracts with countries including Saudi Arabia, which has been accused of human rights abuses in its proxy war in Yemen.

In August, the Campaign Against the Arms Trade (CAAT) said that “a disturbing number of senior government officials, military staff and ministers have passed through the ‘revolving door’ to join arms and security companies”.

“This process has helped create the current cosy relationship between the Government and the arms trade – with politicians and civil servants often acting in the interests of companies, not the interests of the public,” the CAAT report continued.

In total, BAE made £559 million worth of profit in the six months leading up to June 2020, according to its half year report.

Campaigners have called for the nuclear deterrent, also known as Trident, to be scrapped for moral and economic reasons, with the Scottish First Minister Nicola Sturgeon saying last year that she has “a moral objection to weapons of mass destruction”. 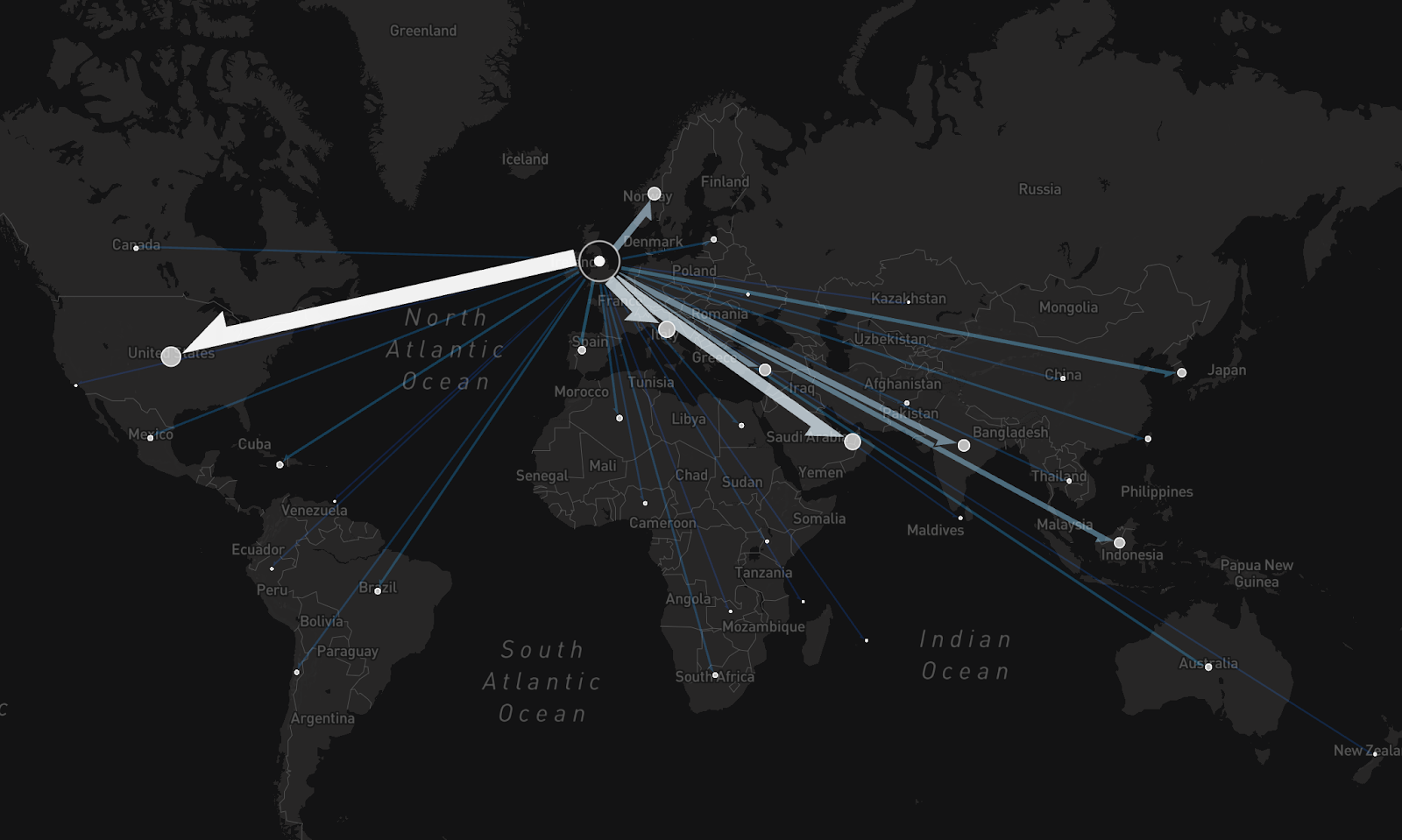 The scale of the UK’s arms exports, from 2015 to 2020. The two countries which received the most exports were Saudi Arabia (£5.4 billion) and the USA (£2.8 billion). Data from the Campaign Against the Arms Trade

According to a National Audit Office report published in September, £569 million was spent on ventilators during the pandemic – in comparison to the £712 million spent on defence contracts with these 10 companies alone.

Andrew Smith, a spokesperson for CAAT, which monitors and campaigns against the UK’s arms industry, said that the revelations “expose the warped priorities of Government”.

“The COVID crisis has been mishandled from the start, yet Government has continued to spend huge sums on extravagant military projects that do nothing to protect us from real threats like financial instability and pandemics,” he told Byline Times.

“Once the crisis is over, there must be a full evaluation of UK security policy. It cannot be right that billions of pounds are being spent on aircraft carriers and weaponry, when nurses and doctors have struggled to get protective equipment. Our security is strengthened by building a fairer and more equitable society, and by investing in public services, not by lining the pockets of arms dealers.”

Questions should be asked about why the Government worked to keep money flowing into the arms industry at the height of the pandemic, despite the economic shock of the virus leading to businesses around the UK suffering, and some closing.

Annual statements  by contractor Babcock – the second-highest earner from the MoD in 2018-2019 – reveal that its work in the defence industry was “declared to be critical and our people designed as key workers” during the pandemic. In a statement, the company’s chief executive, Archie Bethel, said that “all of our major sites remained open”.

Key workers during the pandemic included doctors, nurses, teachers and policemen, and other workers who provide an essential service to the UK. Babcock’s contracts with the MoD include a substantial £1.25 billion agreement signed last November to produce five frigate ships for the Royal Navy. The contract will come to an end in 2028.

Babcock’s chief executive Bethel also thanked the Government in his company’s yearly report, saying he was “also extremely grateful to HM Government and in particular the Cabinet Office and Ministry of Defence who acted quickly and decisively to ensure that contracts continue to be funded and that cash flowed effectively through the main suppliers and down into the supply chain”.

At the same time, a report by business recovery specialist Begbies Traynor revealed that half a million British companies were in financial distress owing to the impact of COVID-19 back in April. That figure is likely to be much higher now.

“Defence is incredibly well placed to support the Government’s building agenda, with our investment securing first-class equipment and more than 300,000 direct and indirect jobs,” the MoD spokesperson said. “It is only right that we continue to invest in and drive forward key defence programmes.”

A spokesperson for BAE Systems said: “We spend £3.7 billion each year with around 6,000 UK suppliers and, working with our customers, we’ve maintained the cashflow to our business and into our supply chain throughout the pandemic. We’re also providing additional assistance and financial support where needed, so that together we can continue to deliver critical defence and security capabilities to our customers.”

The Necessity for an anti-war government

Britain has been the world’s second biggest arms exporter behind the US for the past decade, according to figures from the Department for International Trade. Last year, British companies signed £11bn worth of contracts for military equipment and services, down from £14bn in 2018, making it the second highest year for UK arms sales since 1983. It meant the United Kingdom had a 16 per cent share of the global arms trade in 2019.

Since 2010, the British government has signed £86bn worth of contracts, with 60 per cent of those going to the Middle East, according to data from the government’s “UK Defence and Security Exports”, part of the Department for International Trade. Saudi Arabia was the largest buyer by far. Aerospace accounted for 88 per cent of sales and contracts, including radars and missiles as well as aircraft. The major buyers of British aerospace equipment include Saudi Arabia, Turkey, Oman, the USA and Qatar.

The United Kingdom had a 16 per cent share in the global arms trade in 2019, compared to the estimated US share of 47 per cent and Russia and France, which have an 11 and 10 per cent share respectively.

The Campaign Against the Arms Trade (CAAT) accused the government of “arming and supporting repression around the world”. Andrew Smith, a spokesperson of the CAAT said: “Arms dealers will be celebrating, but these figures should be a source of great shame. Boris Johnson and his colleagues are always talking about ‘global Britain’ and the importance of human rights and democracy, but they are arming and supporting repression around the world. These sales are not just numbers on a spreadsheet: for people around the world they could be a matter of life and death. UK-made weapons have played a devastating role in the Saudi-led bombing of Yemen, helping to create the worst humanitarian crisis in the world.”

He continued: “Wherever there is conflict there will always be arms companies trying to profit from it. This profiteering does not just enable war, it actively fuels it. The sales being approved today could be used in atrocities and abuses for many years to come.”

“The UK is arming and fuelling wars around the world while scapegoating and demonising the victims of those wars,” Andrew Smith added. “There is not a ‘migration crisis’: there is a crisis of, poverty and inequality and the UK government has fuelled and exacerbated it.”

The conception promoted by the ruling elite of “Global Britain” is precisely the conception of a pro-war government which keeps Britain as a war economy. The government for its part shamelessly claimed that its arms deals generate thousands of high-skilled jobs and help keep the country safe. It is clear that an anti-war government is required within which a change of direction of the economy would ensure that production does not serve the oligarchs who are parasites on the economy, but rather would serve the pro-social requirements of the working class and people.

Source: Workers’ Weekly, October 1, 2020. Workers’ Weekly is the on line newspaper of the Revolutionary Communist Party of Britain (Marxist-Leninist)

UK ARMS SALES – Aiding Police Brutality in the US

The sound of war drums over Ukraine

Canada’s integration into the US imperialist war economy