This Day. Defeat of the Cairo Gang 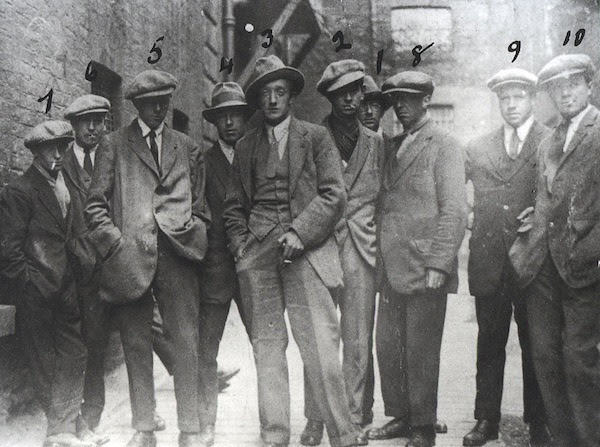 One hundred years ago this week, the IRA carried out one of its most successful operations. The British secret service in Ireland was decimated when 13 senior intelligence officers were executed and many more fled into Dublin Castle. Behind the war against the British state in Ireland was a highly organised Intelligence Department operating in the main under Michael Collins’s direction. Former and serving British soldiers or RIC men, tradesmen, landladies, maids, taximen, businessmen, postmen, British agents and others supplied vital snippets of information on which the department depended.

The IRA success forced the British to draft in agents/assassins from England. The Cairo Gang, so-called because of their intelligence work in the Middle East, was established because of Sir Henry Wilson’s demand that the IRA’s Intelligence Department be eliminated. Living unobtrusively in boarding houses in Dublin, the British agents prepared a hit list of known republicans for assassination.

But the IRA’s intelligence network was a step ahead. Frank Thornton obtained the names and addresses of all the senior British secret service men sent over to Dublin. An IRA agent in the Dublin Metropolitan Police stationed at Donnybrook, Sergeant Mannix, was the source.

From then on a close watch was kept on their movements. After many weeks’ observation Dublin Brigade and the Intelligence Department pooled information and resources, selected from a list of suspects a number whom they were sure were agents and set the date to execute them.

The operation had been carefully planned by many of the IRA’s most senior activists, including Michael Collins, Dick McKee, Liam Tobin, Peadar Clancy, Tom Cullen, Frank Thornton and Oscar Traynor. The date picked was the day of a big GAA match between the Leinster champions, Dublin and Tipperary, and the large crowds in Dublin, it was felt, would afford easier movement for the Volunteers.

The operation began at 9am on Sunday 21 November when up to eight Volunteers entered 28 Pembroke Street. The first two secret service men to be shot were Major Dowling and Captain Leonard Price. Andy Coohey, Dublin Brigade, removed documentats from their rooms before three more British officers in the house were executed, Captain Keenlyside, Colonel Woodcock and Colonel Montgomery.

As Keenlyside was about to be executed a struggle ensued between his wife and Volunteer Mick O’Hanlon. The OC of the unit, Mick Flanagan, arrived, pushed Mrs Keenlyside out of the way and shot her husband.

Close by at 119 Morehampton Road six Volunteers entered, took three men into the hallway to be shot: Lieutenant McLean, his brother-in-law John Caldow, who had come from Scotland to join the RIC, and TH Smith, the landlord and a known informer. McLean asked not to be shot in front of his wife; the Volunteers obliged and took the three to the top floor, where Volunteers Vinnie Byrne and Sean Doyle shot them. Caldow survived his injuries and soon afterwards returned to Scotland.

At 92 Lower Baggot Street, Captain Newbury and his wife had blocked their bedroom door on hearing their front door crashing in. As Newbury tried to get out through his window he was shot dead by Volunteers Bill Stapleton and Joe Leonard. His body hung from the window for several hours because the Black and Tans refused to move it fearing it was part of a trap.

Two of the key figures in the Cairo Gang, Colonel Peter Aimes and Captain George Bennett, were shot dead after Volunteers were given access to 38 Upper Mount Street by a sympathetic maid. After a short gun battle both men lay dead in their rooms.

Captain Fitzgerald, alias `Fitzpatrick’, was shot dead at 28 Earlsfort Terrace. He was the son of a Tipperary man and had survived a previous execution attempt when the bullet only grazed his head. This time he was shot twice in the head. At this address the documentation found detailed the movements of senior IRA members, proving that the British Secret Service was planning an operation similar to the IRA’s of that morning.

Meanwhile an IRA unit led by Tom Keogh entered 22 Lower Mount Street to execute Lieutenant Angliss, real name McMahon, and Lieutenant Peel. Both had been recalled from Russia to organise the intelligence service in the south Dublin area. Angliss survived a previous assassination attempt when shot at in a billiard hall. He was targeted for murdering a Sinn Féin fundraiser John Lynch, mistaken for Liam Lynch, Divisional Commandant of the 1st Southern Division.

Angliss was shot as he reached for his gun. Peel, hearing the shots, managed to block his bedroom door and survived even though more then a dozen bullets were fired into his room. When members of Fianna Eireann on lookout reported that Auxiliaries were approaching the house, the unit of eleven Volunteers split up into two groups, the first leaving by the front door, the second leaving through the laneway at the back of the house.

In the laneway Frank Teeling fell injured during a running gun battle with the Auxiliaries (he was the only Volunteer captured that day). Under pressure, Auxiliaries Garnin and Morris went for reinforcements. They did not get very far before being shot dead.

At 119 Baggot Street, Captain Bagally, whose involvement in military courts led to manys a Volunteer’s execution, was shot dead by a three man IRA unit, one of whom was a future Fianna Fail Taoiseach, Sean Lemass.

Some officers had decided for safety reasons to reside in hotels. Captain McCormack and Captain Wilde were in the Gresham Hotel. The IRA unit gained access to these rooms by pretending to be British soldiers with important dispatches. When they opened their doors they were both shot..

Captain Crawford had a close call after the IRA entered a guesthouse in Fitzwilliam Square where he was staying, looking for a Major Callaghan. On not finding their target, they debated whether or not to shoot Crawford. It was decided that as he was not on the hit list he would not be shot, but was given 24 hours to leave Ireland, which he promptly did.

In the Eastwood Hotel the IRA drew a blank because the target, a Colonel Jennings, had, along with Major Callaghan, spent the night in a local brothel.

Those of the British Secret Service who survived the IRA operation sought refuge in Dublin Castle fearing that they were next on the IRA hit list. They would seek immediate revenge by slaughtering the innocent.

On the afternoon of November 21, more than 30 civilians were killed or fatally wounded by members of the RIC when they opened fire at a football match at Croke Park. The massacre became known as Bloody Sunday.

One response to “This Day. Defeat of the Cairo Gang”