Condemn the assassination of Iran’s top scientist in terrorist attack

January 4, 2020. Toronto demonstration against U.S. aggression against Iran is one of many across Canada in January.

We are reposting a principled editorial of TML Weekly condemning the assassination of a leading Iranian scientist on November 27. Two days later Israel reportedly murdered a senior commander in Iran’s Revolutionary Guards on Sunday, November 29, in a drone strike along the Syria-Iraq border. According to several Arab media outlets, citing Iraqi officials, three more people were killed alongside the commander, identified as Muslim Shahdan. Al Arabiya, quoting Iraqi intelligence sources, reported Shahdan’s car was targeted after he crossed the al-Qa’im border crossing into Syria. The Lebanese TV network Al-Mayadeen, however, denied the reports, quoting reliable sources. Assassination is a preferred method of Israel.

As a reminder, well before the establishment of the illegitimate state of Israel in contravention of the UN Resolution 181 of November 29, 1947, Zionists were assassinating anti-Zionist Jews who opposed their colonial and racist project. The terrorism file contains at least 44 names of Jews who were murdered – not by the Palestinian Arabs – but by those trained in European state terrorism.((Nahum Barnea and Danny Rubenstein, Davar, 19 March 1982). Today assassination and violence has become the preferred method of control of both Israel and its imperialist sponsors to control and quell all opposition.

(November 29) – On Friday, November 27, Iran’s foreign minister, Mohammad Javad Zarif, wrote on Twitter. “Terrorists murdered an eminent Iranian scientist today. This cowardice – with serious indications of Israeli role – shows desperate warmongering of perpetrators.” The scientist, Mohsen Fakhrizadeh, was ambushed by gunmen as his car was driving through the countryside town of Absard, in the Damavand region, according to official Iranian media and state television. The state media accounts said that Fakhrizadeh had been gravely wounded in the attack, that doctors tried to save him in the hospital but could not.

The Communist Party of Canada (Marxist-Leninist) categorically condemns all terrorist attacks and all actions by any party whatsoever which are an expression of refusal to sort out problems through political and peaceful means.

Fakhrizadeh’s death marks another terrorist attack in a long line of attacks against Iranian scientists.

In 2010, Masoud Ali Mohammadi, an expert on particle physics, was killed by a remote-controlled bomb strapped to a motorcycle as he was leaving his Tehran home.

Later that year, another nuclear scientist, Majid Shahriar, died in a similar manner when attackers rode up alongside him and stuck bombs to his car. Fereidoon Abbasi Davani, Iran’s atomic chief at the time, survived an assassination attempt the same day. Both men are believed to have worked with Fakhrizadeh.

In 2011, Darioush Rezaeinejad, an academic whose affiliation to the country’s nuclear activities is disputed, was shot by gunmen riding motorcycles. A year later, Mostafa Ahmadi Roshan, the deputy head of Iran’s uranium enrichment facility at Natanz, was killed in a magnetic bomb attack while he was driving to work.

Israel has acknowledged pursuing covert operations against Iran’s nuclear program to gather intelligence. In 2018, the prime minister, Benjamin Netanyahu, said his government had acquired tens of thousands of documents from what he called Iran’s “Atomic Archives.” In a televised speech that year Netenyahu called Tehran a “terrorist regime” and he referred to Fakhrizadeh multiple times as the director of Iran’s nuclear weapons project. “Remember that name, Fakhrizadeh,” he said.

Iran’s UN Ambassador Majid Takht Ravanchi declared on Friday that his country reserved the right to “take all necessary measures” to defend itself. In a letter to António Guterres, the Secretary General of the United Nations, he said that the assassination of Iran’s top nuclear scientist bore indications of an Israeli attack abetted by the United States. His letter also demanded that the 15-member Security Council should “strongly condemn this inhumane terrorist act and take necessary measures against its perpetrators.”

The assassination comes at a time when the ongoing U.S. attacks against Iran are high on the agenda of the Trump administration. According to media reports Trump was dissuaded from striking Iran just two weeks ago, after his aides warned it could escalate into a broader conflict during his last weeks in office.

The New York Times reported on November 27 that Trump had asked senior advisers in an Oval Office meeting on November 12 whether he had options to take action against Iran’s main nuclear site at Natanz in the coming weeks. Days later, Mike Pompeo, the Secretary of State and former CIA director, visited Israel on what will likely be his last official trip there.

It is clear that the U.S. is an actor in the latest terrorist attack against Iran. Whether it is Trump, Obama, Bush or Clinton, the U.S. imperialist oligarchs have committed one crime after another against the Iranian people. Economic sanctions at the height of the pandemic, internal sabotage to bring about regime change, the assassination of Major General Qasem Soleimani on January 3 this year in Baghdad; countless examples can be given of the constant threats and provocations to incite an all-out war against Iran to destroy it. These actions of U.S. imperialism and its hired gun Israel are the main threats against the security and lives of the people of Iran and the region. They must be stopped. The “rules-based international order” which the U.S. claims to follow is nothing but the path to aggression and war in its striving for world domination.

Condemn the latest terrorist attack against Iran and the policy of targeted assassinations! No to the use of force to sort out problems! 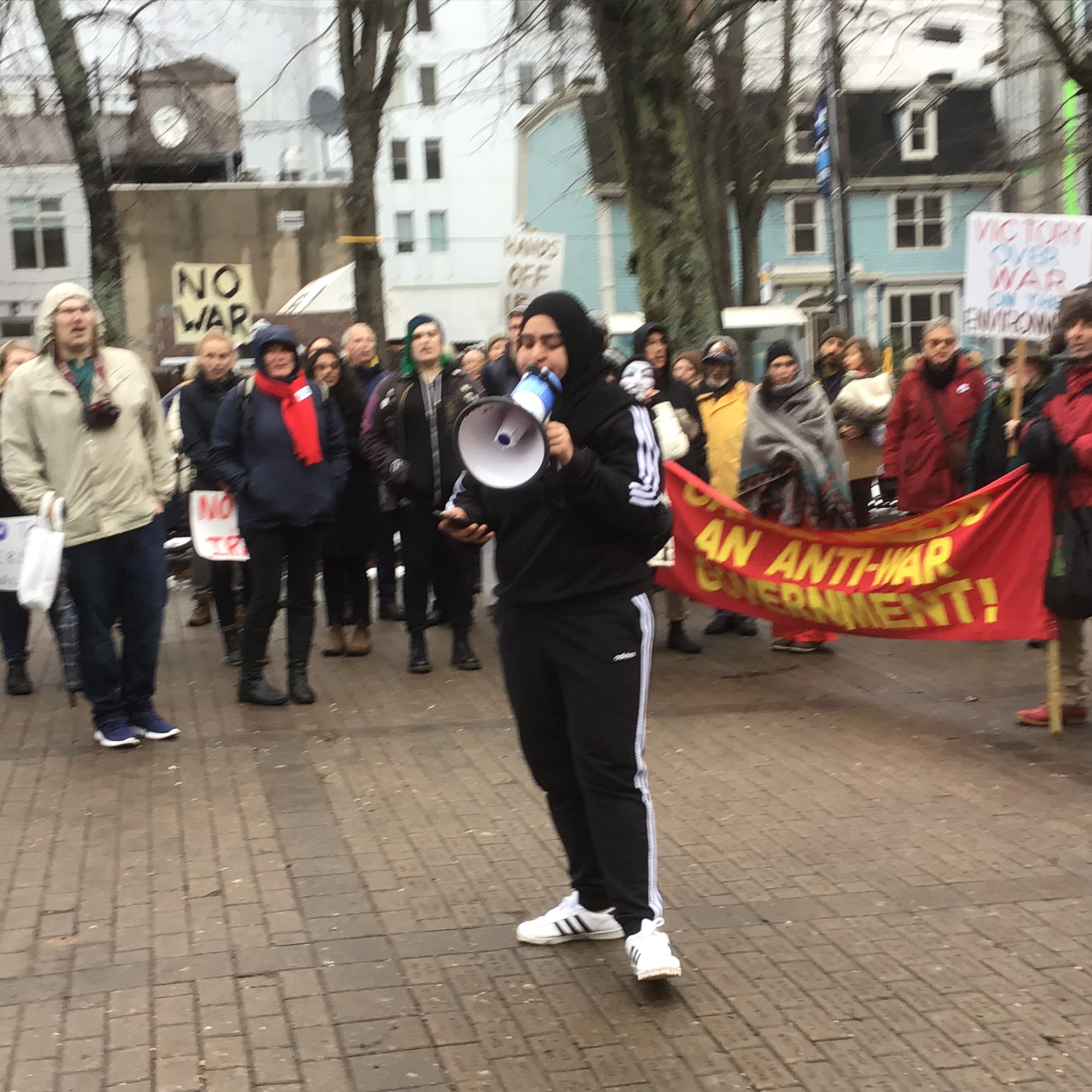