January 6 events in the US: An event that lays the groundwork for increased police powers

From the Biden forces the efforts are now to portray the events of January 6 as an “epiphany,” a revelation. January 6 is the Christian celebration of the Epiphany that ends the 12 days of Christmas with the coming of the three wise men, the Magi. “On this day of revelation, let us pray that this instigation to violence will provide an epiphany for our country to heal,” said Nancy Pelosi, speaker of the U.S. House of Representatives. President-Elect Joe Biden also spoke of an epiphany after the November election | ANNA DI CARLO

Within minutes of the January 6 breach of the Capitol Building by protesters incited by Trump’s claim that victory in the 2020 Presidential Election was stolen from him, there was a widespread description of the event as an “insurrection” by media personalities and elected officials. This represents a departure from the normal vocabulary of the ruling elite to categorize protests in which violence erupts.

Incoming President Biden stated: “What we’re seeing are a small number of extremists dedicated to lawlessness. This is not dissent. It’s disorder. It’s chaos. It borders on sedition, and it must end now.” After asking Trump “to demand an end to this siege,” he continued: “To storm the Capitol, to smash windows, to occupy offices, the floor of the United States Senate, rummaging through desks, on the Capitol, on the House of Representatives, threatening the safety of duly-elected officials. It’s not protest. It’s insurrection.”

It has not been explained how this protest action amounted to an “insurrection” as opposed to the traditional terminology used, such as “violent protest” or “illegitimate protest,” “mob action” “extremist terrorism” and so on, although all of these terms are also being used. It would seem that the distinguishing feature of the term “insurrection” is the storming of the Capitol, the over three-hour lock-down of the Capitol, offices being occupied and ransacked by protesters, and members of the Senate and the House of Representatives being forced to shelter.

This adoption of the term “insurrection” into the ruling elite’s lexicon of protest categorization came just six days after the Brookings Institution published a report entitled “The Insurrection Act and Putting Troops on American Streets.” Published on December 30, 2020, the report summarizes a July 2020 study by its Congressional Study Group on Foreign Relations and National Security in response to Trump calling in the National Guard and threatening to deploy the military to quell the protests against the racist police killing of George Floyd. Oppositional in nature, the report nevertheless sets out precisely the steps to be taken through the provisions of the Insurrection Act to make deployment of the military against the people “legal.”[1]

In an interview with MSNBC, former Secretary of State and Chairman of the Joint Chiefs of Staff Colin Powell called for Biden to step-up and put the full force of the state in place. He compared January 6 with the protests following the 1991 beating of Rodney King when, under his charge, the military was called in. He asked why the National Guard was not in place on January 6. “We should have seen what was happening,” he said. “It took hours for them to respond … it was a disgraceful performance by our leaders, a disgraceful performance by our military and our police officials.” Stating that Biden “will address this problem,” Powell concluded by saying “I have great experience with the President and I am sure that he has what it takes to be on top of the situation.”

This is certainly a call to check the rallies backed by Trump but it is equally a call to quell protests in general, to maintain “law and order.” This call comes amidst an intensified and united chorus of the U.S. ruling elite that its political institutions are thriving and healthy. The January 6 action has witnessed the doubling-down of the political elite’s defence of the U.S. “institutions of democracy,” with acceptance of the proclaimed “greatness of American democracy” identified as a criterion of U.S. patriotism.

The issue at hand is being eclipsed by the fact that all those who participated in the protest are being connected with all the hated, despicable features of Trump’s shock troops. Many who were there are angry and have no confidence government will deal with their problems, like unemployment, evictions and the pandemic and feel that they have no means to hold government to account. The effort is to make it appear all about Trump and to divert from the very real concerns of the people and their demands for accountability.

The Communist Party of Canada (Marxist-Leninist) has analyzed that the democratic institutions of the so-called representative democracy are dysfunctional. While old forms of governance have passed away, new forms have yet to come into being. It is precisely within this space which exists that change is called for. Attempts to resolve this crisis by concentrating more powers in the hands of the presidency and police are fraught with danger.

Within this situation, the path that has been taken by those who have usurped the decision-making power – the representatives of the most powerful economic forces – is a path of controlling and quelling all opposition both within their own ranks and against the people. The use of violence is par for the course.

Today, the disconnect between the governing authority and the people is deepening in an unprecedented manner. The persistence of the resistance to U.S. rule shows that the demands for equality, justice and accountability cannot be silenced or stopped. Everywhere people are making clear that it is not elections – including the one that brought Trump to power in 2016 and the one in 2020 that has removed him – that will decide these issues; they will be settled by the people and their fight for rights to be recognized on a modern basis.

Behind the dark shadow of the rampage January 6 breaching the Capitol and the depraved ravings of a president refusing to accept the results of the election, the facts of life in this period and the main trend of the opposition of the peoples has to be brought to the fore. If today, the ruling elite speak of “insurrectionists” attacking the “bastion of democracy” and the need to enforce the rule of law against those who stand against this bastion, it is clear that the call will hold in all instances. There are now already 6,200 National Guard on duty in DC, 850 of them guarding the Capitol.

The situation in the U.S. and all over the world is on a perilous course with the ruling circles and the objective workings of the capitalist system incapable of addressing the serious problems that are demanding resolution, be it the growing impoverishment and devastation of the living conditions of the people, the increasing concentration of wealth and power in the hands of fewer and fewer, the danger of war and aggression, the continued destruction of the natural environment, or the mishandling of the pandemic.

Missing in all reporting on the events of January 6 is the people’s striving for empowerment, for an end to racial injustice, for humane relations and an end to the exploitation and humiliation of the working class and peoples. The democracy being praised is not a people’s democracy. Everything being said about “insurrectionists,” about how U.S. democracy must not be defiled and the need to uphold rule of law and “law and order” is setting out the underpinnings for Biden’s presidency.

The ruling elite, in their declarations about defending the completely exhausted and corrupted institutions of democracy, are hitting at anything and everything that does not fit the mould of what they declare to be legitimate and in step with the “values” of their defunct system. This is a universal cry, as seen in the desperate international chorus of calls for the restoration of order in the U.S., which is supposed to stand as a symbol to the world of the highest stage of democratic rule. The danger of January 6 is that it will mark another restructuring of the state to further eliminate obstacles that stand in the way of using the full force of the police powers against the people.

From the Biden forces the efforts are now to portray the events of January 6 as an “epiphany,” a revelation. January 6 is the Christian celebration of the Epiphany that ends the 12 days of Christmas with the coming of the three wise men, the Magi. “On this day of revelation, let us pray that this instigation to violence will provide an epiphany for our country to heal,” said Nancy Pelosi, speaker of the U.S. House of Representatives. President-Elect Joe Biden also spoke of an epiphany after the November election.

These statements and many others like them are an attempt to suggest that this is just about Trump, and to suppress the demands and fight of the people for new arrangements. It is to convince people that the current electoral system and democratic institutions are not broken, and that renewal is not the order of the day and the urgent task facing the people. It is all to stop people from keeping the initiative in their own hands, an effort that will no doubt fail. 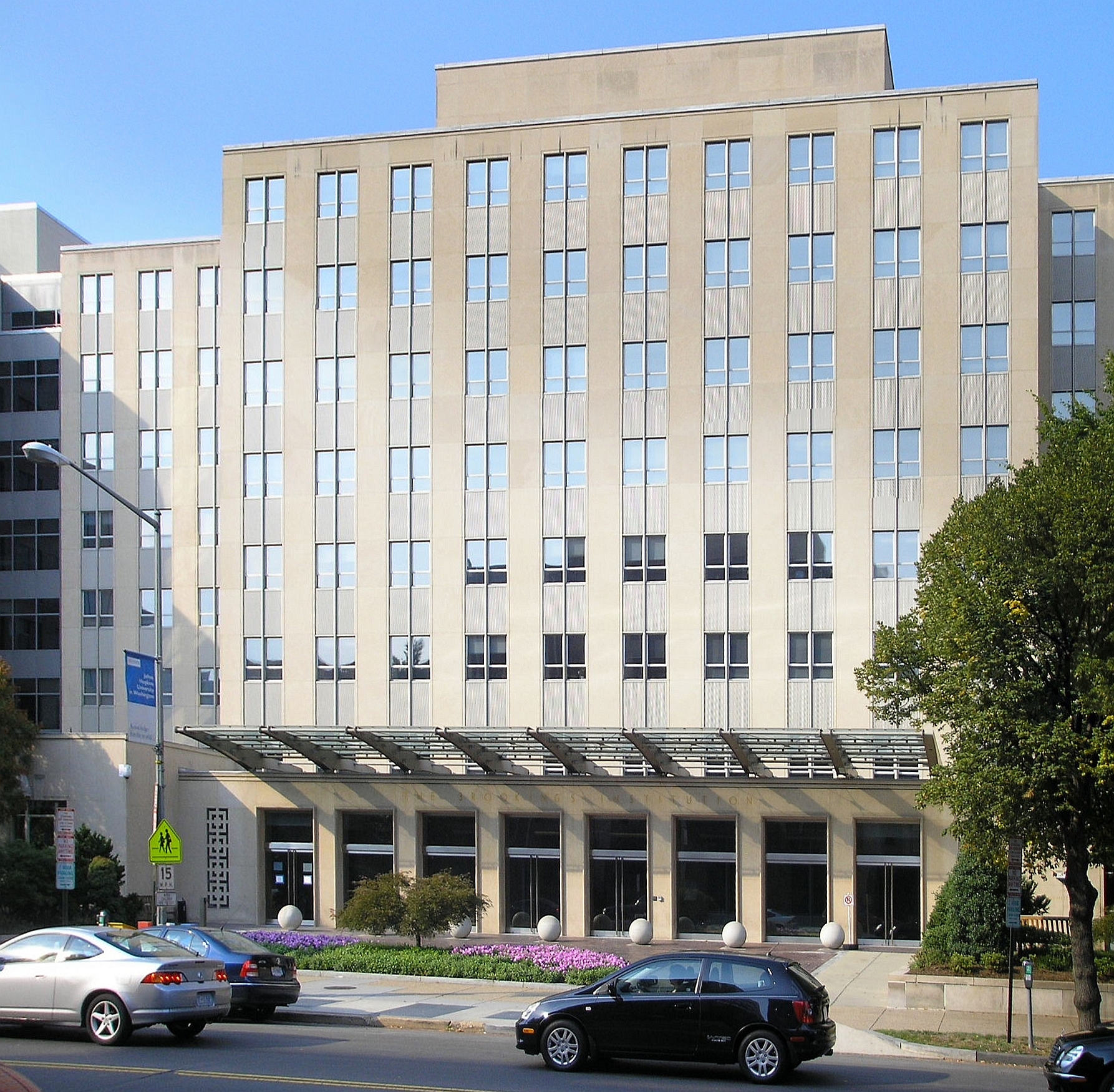 Brookings Institution, Washington. It also owns another building across the street | Wikipedia

1. The Brookings Institution is a Washington think-tank comprised of over 300 government officials and academics from around the world, and is headed by retired four-star General John Allen. Its experts include two former Chairs of the Federal Reserve – Janet Yellen and Ben Bernanke.

It traces its origins to the 1916 formation of the Institute for Government Research, “the first private organization devoted to analyzing public policy issues at the national level.” The Congressional Study Group on Foreign Relations and National Security is described as “a program for congressional staff focused on critically engaging the legal and policy factors that define the role that Congress plays in various aspects of U.S. foreign relations and national security policy.”

Prior to those roles, Sund served more than 25 years with the Metropolitan Police Department in Washington, D.C., retiring as the commander of its special operations division, according to a biography of him on the USCP website.“

During his career, Sund coordinated a number of National Special Security Events by the Department of Homeland Security, to include the 2001, 2005, 2009, and 2013 Presidential Inaugurations,” it said.

“Chief Sund is a recognized expert in critical incident management and active shooter preparedness and response,” the biography continues. “His experience involves being the on-scene incident commander on the 2009 shooting at the National Holocaust Museum, the 2012 shooting at the Family Research Council, and the 2013 active shooter incident at the Washington Navy Yard. In addition, he has handled dozens of criminal barricade and hostage situations with an impressive record of zero fatalities.”

USCP say Sund also has instructed the U.S Secret Service “in the area of major events planning and has taught Incident Command System at the George Washington University as an adjunct professor.”

He received his Bachelors and Masters of Science degrees from Johns Hopkins University and a Master of Arts in Homeland Security from the Naval Postgraduate School, it adds.

Footnote 1 is slightly revised by TS