Barbados declares itself a republic. Yes! It can be done!

For the information of readers, we are reposting two articles on the declaration of Barbados, November 30, 2021 that it will become a republic.

Today, November 30, Barbados became a Republic. The Republic of Barbados was declared at a ceremony late in the evening on November 29 at the National Heroes Square in the capital, Bridgetown, to coincide with the anniversary of Barbados’ formal independence from Britain, 55 years ago.

With this action, Barbados has become the fourth of Britain’s previous colonies in the Caribbean to become a republic, following Guyana, Trinidad and Tobago and Dominica which have had already taken this path forward.

END_OF_DOCUMENT_TOKEN_TO_BE_REPLACED

May 23, the third Monday in May, is officially slated as Victoria Day. This has been the case since 1845 when the birthday of Queen Victoria was celebrated and, at one time was officially called Imperial Day. Since then, it is used in England to celebrate the reigning monarch, no matter when they were actually born. In this sense, it is an out-dated practice which Quebeckers had the good sense to name Patriot’s Day to celebrate the rebellion against British rule in 1837-38. For Ontarians, it marks the beginning of good weather. Before climate change, when weather was more predictable, it used to mean that the ground was no longer frozen so planting could start and also that plants would no longer be subject to frosts.

But the fact remains that Canada’s institutions are tied to an anachronistic system. The recent visit to Canada of the so-called heir to the throne, Prince Charles, and his wife Camilla Parker Bowles was, in fact, to celebrate the jubilee platinum anniversary of the Queen’s reign. Pictures of her jubilee celebrations in England featured the more than £1000 gowns worn by members of the Royal Household as it is called – a reminder that those who rule over the people definitely live in another world that has nothing to do with the majority except for the fact that they carry its burden on their backs – a burden we must break with in order to renew the democracy in Canada so that it is set by the people and favours their interests, not the interests of the likes of the “Royals” and their retinues comprised of the party governments that keep them going.

– Laura Chesnick, Independent candidate in Windsor-Tecumseh in the Ontario election

The little “Jubilee Tour” to Canada of the so-called Working Royals – Charles, who ruling elites presume to be the future King of Canada, and his wife Camilla – illustrates that it is high time Canadians renounce the monarchy and everything it brings with it.

END_OF_DOCUMENT_TOKEN_TO_BE_REPLACED

Poll shows Canadians do not care for monarchy

END_OF_DOCUMENT_TOKEN_TO_BE_REPLACED 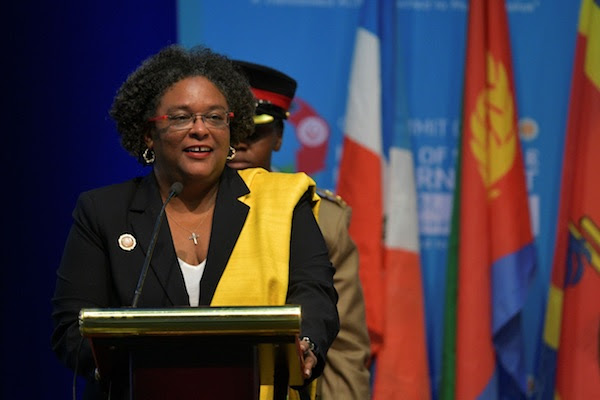 Countries around the world are re-examining their post-colonial identity after Barbados moved to remove the English queen as the head of state. The island has said that it is planning to become a republic as it moves to withdraw from the Commonwealth and “leave its colonial past behind”.Most of the population of Barbados have ancestors who were victims of colonial slavery. It is estimated that between 1627 to 1807, some 387,000 Africans were shipped to the island against their will by English slave traders. END_OF_DOCUMENT_TOKEN_TO_BE_REPLACED

151st anniversary of Confederation: To break with the past is a basic requirement of the times

Canada Day is a reminder that the country urgently needs political renewal and a modern constitution. The nation state founded 151 years ago was not founded on a modern basis then and today, when only the police powers remain of the public authority created at that time, it is not only totally anachronistic but moribund. END_OF_DOCUMENT_TOKEN_TO_BE_REPLACED

Front page of The Sun newspaper on January 13, 2005 shows a photograph of Britain’s Prince Harry wearing a red and black swastika armband and an army shirt with Nazi regalia at a friend’s fancy dress party, which he attended on January 8, 2005 – two weeks before Queen Elizabeth was due to lead Britain’s holocaust memorial events. He later apologized.

Once again, the media has been carrying wall-to-wall coverage fawning over yet another royal wedding held on May 19 of the Victoria Day weekend formerly celebrated by imperial decree of 1904 throughout the British Empire as Imperial Day to honour Queen Victoria’s birthday. Every hook is being used to catch one’s attention: a “Canadian connection”; a multimillionaire “American princess”; the war pilot and Invictus Games of “wounded warriors”; a dysfunctional family; “expectations” of the new African-American member of “the family”; the royal bling, etc.  END_OF_DOCUMENT_TOKEN_TO_BE_REPLACED

149th Anniversary of Confederation: A modern constitution is a historic necessity

Canada Day 2016 marks the beginning of one year of preparation to mark the 150th anniversary of Confederation in 1867. All the developments in the recent history of Canada point to the urgent need to provide Canada with a modern constitution that vests sovereignty in the people instead of a foreign monarch, gives expression to democratic renewal, provides equal rights and duties for all, and which emanates from the people themselves, instead of being imposed on them by a privileged few who hold power. END_OF_DOCUMENT_TOKEN_TO_BE_REPLACED

Canada and Quebec should be renewed on a modern basis

Monument to the Patriots in Napierville, Quebec, which reads, “It is here that the Republic of Lower Canada was proclaimed on November 4, 1838 by Robert Nelson. I remember.”

May 18 is “Victoria Day” – an official holiday celebrating the birthday of the Queen of England. The holiday is named after Queen Victoria (1819-1901) and has been commemorated in Canada since 1845. In Quebec, the national holiday, called Patriots’ Day, celebrates the memory of the Quebec Patriots who fought and faced the guns, exile and the gallows of the British colonial power in 1837-1838. END_OF_DOCUMENT_TOKEN_TO_BE_REPLACED

The monarch-in-parliament and the use of the royal prerogative

The Use of the Royal Prerogative

Royal assent, royal consent – The beneficiaries of the Royal Prerogative

The archaic character of the Westminster parliamentary system has been further exposed by the publication on January 15, 2013 of a previously confidential Whitehall pamphlet entitled “Queen’s or Prince’s Consent,” publically indicating for the first time the extent to which senior royals are asked to give their consent to legislation. The 23-page document, now available on the Cabinet Office website, details situations where this Royal Consent is required and gives various examples where it has been sought. END_OF_DOCUMENT_TOKEN_TO_BE_REPLACED

Scottish independence: ‘We are not amused.’

15 September 2014: The British Queen Elizabeth II warned voters to “think very carefully about the future” before the Scottish independence referendum. House of Windsor soft-speak for “don’t dare vote Yes.” The Windsor family has holiday homes at Balmoral Castle, Aberdeenshire and Holyrood Palace, Edinburgh. The royal injunction issued as part of the fear-mongering “Better Together” campaign reminds us that the fiction that the “constitutional monarch has no power” and that the Queen of England is just a “titular head of state” and not involved in politics – a romantic institution of another supposedly “shared” British institution that is not of much relevance – is a fraud.

END_OF_DOCUMENT_TOKEN_TO_BE_REPLACED

The feudal Windsor monarchy has held on to its feudal aristocratic privileges with the full support of the British state. The Windsors deny every citizen the right to be recognised by the state as equal with every other citizen. They take tens of millions every year from the pockets of the people. They interfere in the government of that country and have powers in the Canadian state as sovereigns. The sychophantic fawning of the media over the current Canadian tour of Charles Windsor and the worshipping of the Windsors is nothing less than the degradation of democracy and sovereignty. END_OF_DOCUMENT_TOKEN_TO_BE_REPLACED

END_OF_DOCUMENT_TOKEN_TO_BE_REPLACED

For your information: British royal wedding

Constitutional Monarchy – Remnant of medievalism and colonialism that should be abolished – not celebrated.

THE monopoly media are bombarding Canadians with images of a royal wedding. This is not innocent or detached tabloid journalism having a bit of fun. It is an offensive spectacle of obscene wealth and decadence and a crude reminder to Canadians that they are subjects of a foreign monarch. All the while, it diverts attention from the fact that Canada’s democratic institutions are not based on the consent of the governed but on the Royal Prerogative.