Education is a Right Podcast

Episode 68 of Education is a Right Podcast, released on the occasion of Remembrance Day 2020, is introduced as follows:

“This year Remembrance Day takes place in the 75th anniversary year of the end of World War II. It will take place in schools in the conditions of a pandemic where assembly or other large gatherings are not permitted. This means educators will play a bigger role in commemorating Remembrance Day with their students than they might in other years. In this episode we discuss the importance of contributing to peace through remembrance for educators and students.”

Listen to the complete episode here. 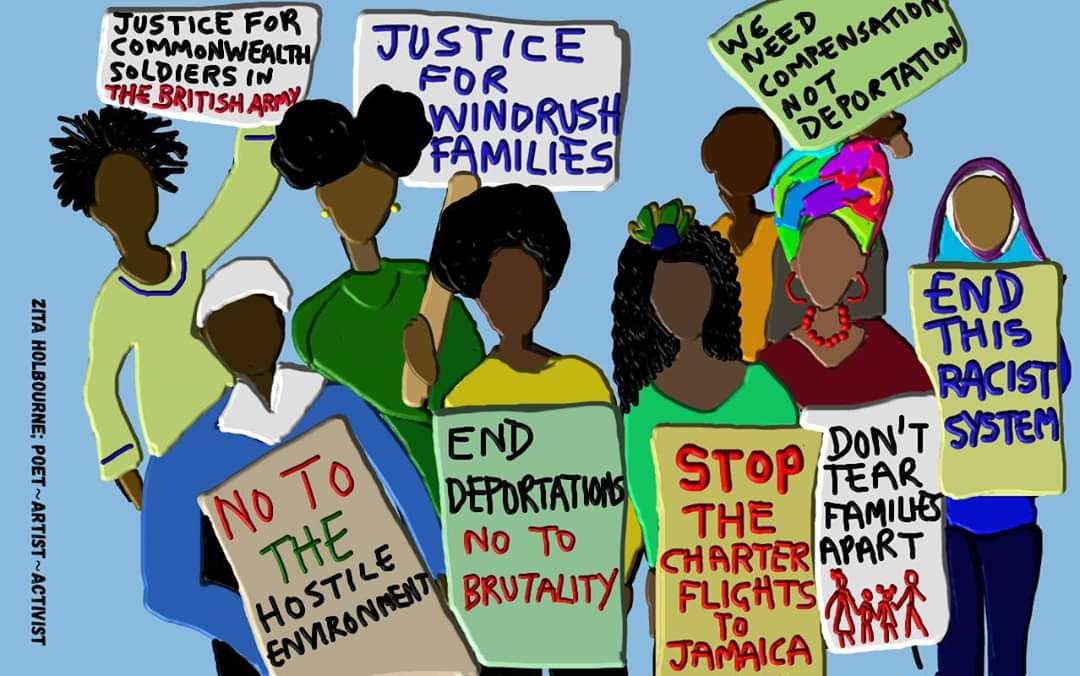 Prime Minister Boris Johnson has been speaking a lot about history recently. October has become by tradition “Black History Month” in England and it has become customary for the Prime Minister of the day to make some pronouncement. END_OF_DOCUMENT_TOKEN_TO_BE_REPLACED

The Nova Scotia Liberal government is using Bill 72, the Education Reform Act, to legalize turning education over to private interests and by doing so destroying existing arrangements including the right of teachers and education workers, organized into unions, to negotiate their wages and conditions of work. END_OF_DOCUMENT_TOKEN_TO_BE_REPLACED

As a result of the resistance of teachers and education workers in Nova Scotia, joined by other working people and students, the Liberal government of Stephen McNeil has backed down on its threats to pass legislation to impose contracts on teachers who are beginning a work-to-rule campaign by withdrawing voluntary extra-curricular activities. The government has also been forced to back down on its threat to lock students out of school while debating this legislation. END_OF_DOCUMENT_TOKEN_TO_BE_REPLACED

The dignity and vocation of the teacher

Elementary school students play before the start of classes at a school in the Vedado section of Havana, Cuba | JACK KURTZ

I saw an interesting interview in the context of Obama’s visit on CNN with a Cuban lady teacher, who caused me to think about those who teach. You have a noble profession. Of course, the American TV was trying to make her ashamed she was not paid so much, and her school did not have great technical resources like computers for the children. She replied, “yes, that is true, but for us teaching is more like a labour of love. And in what countries are teachers paid so much?! END_OF_DOCUMENT_TOKEN_TO_BE_REPLACED

Youth and students – Fight for empowerment!

All Out to Mobilize the Youth to Build a Bright Future for Themselves!

This week Youth Vote Canada is involving 700,000 students in more than 7,400 schools across the country to engage with the leaders of political parties in the lead up to the October 19 vote. In these and many more schools, teachers are involving their students in programs which teach them civics and introduce them to the political process. Many hold mock elections by choosing to represent one of the parties, campaigning and holding a vote. END_OF_DOCUMENT_TOKEN_TO_BE_REPLACED

Segregation is back in US schools

Until 1964 the United States was officially an apartheid society where African Americans faced civil death. Now, it is an unofficial apartheid society, as the following reports demonstrate.

RT (May 15) – Sixty years after the Supreme Curt ruled that segregated public schools were unconstitutional, a new university report has found many of the gains of integration have been reversed.

In a report published Thursday by the Civil Rights Project at UCLA, researchers found that while schools aren’t as segregated as they were before the landmark Brown v. Board of Education ruling in 1954, much of the progress that had been made after 1967 has been lost. END_OF_DOCUMENT_TOKEN_TO_BE_REPLACED

Quebec: Youth participation, and the right to education

To inform readers that there is a real alternative in the Quebec election, we are providing information on the stand and views of the Marxist-Leninist Party of Quebec (PMLQ), which is presenting 24 candidates in the April 7 Quebec elections in the following regions: the National Capital, Mauricie, Montérégie, Montréal and the Outaouais.

The polls predict a drop in youth participation in this election compared to 2012, when the student movement for the right to education was in full swing. (They forget to mention that it was the youth who forced an election which led to the defeat of the Liberals and Jean Charest.) END_OF_DOCUMENT_TOKEN_TO_BE_REPLACED

January 26, 2014 marked one year since Kathleen Wynne was selected as premier by 1,115 delegates to the Ontario Liberal Party’s leadership convention. Many of these were Liberal MPs, MPPs, failed candidates and party “insiders.” They were not elected as delegates but entitled to attend the convention according to provisions in the party constitution. END_OF_DOCUMENT_TOKEN_TO_BE_REPLACED

Sighting: The next generation

Washington Post – A NEW REPORT shows that funding for preschool programs across the country fell by an unprecedented $500 million in the 2011-12 school year as enrollment stalled and more programs saw a drop in quality than improvement.

The report also says that in 2011-12, the latest year for which information is available, only 28 per cent of all 4-year-old children in the country were in state-funded preschool programs, and 15 states actually reduced pre-K enrollment.

Mass rally in Toronto opposes McGinty’s attacks against teachers, education workers and the rights of all

An election issue: International students rally against being used as cash cows

Tony Seed, Halifax Media Co-op, April 20, 2011 – ON TUESDAY, APRIL 19, some thirty international students at Dalhousie University held an emergency protest rally outside the Mona Campbell business building  – where the Dal board of governors was to meet – to condemn a 10 per cent increase in differential fees over and above the proposed three cent increase in student tuition and by 10 and 14 per cent for medical and dentistry students (in effect, a user pay fee) respectively. END_OF_DOCUMENT_TOKEN_TO_BE_REPLACED