On January 13, 2021 a Joint Intelligence Bulletin was issued by the DHS, FBI and NCTC. It is written, so it is said, to warn about the threat of further actions such as took place on January 6. But it reads as a threat to all those standing up for rights.

January 2021. Protest actions by those involved in the movement for rights and against police impunity continue in Portland (above) and other cities.

On January 13, 2021 a Joint Intelligence Bulletin was issued by the U.S. Department of Homeland Security (DHS), the Federal Bureau of Investigation (FBI) and the National Counterterrorism Center (NCTC). The Report is titled: “Domestic Violent Extremists Emboldened in Aftermath of Capitol Breach, Elevated Domestic Terrorism Threat of Violence Likely Amid Political Transitions and Beyond.” It states that its purpose is “to highlight the threat of violence from domestic violent extremists in the wake of the January 6 violent breach… of the U.S. Capitol Building in Washington, DC, following lawful protest activity related to the results of the General Election.” The Bulletin is Classified U/FOUO, meaning “unclassified, for official use only.” END_OF_DOCUMENT_TOKEN_TO_BE_REPLACED

Foreign interference? The need to recognize and affirm rights to enforce security

Promotion of foreign interference in elections is used to say the problems with elections have nothing to do with the dysfunctional institutions and outdated definitions of democracy whereby the minority rule over the majority and call it majority rule. On the contrary, it is said that elections must be protected from an external, foreign force the people have no control over. People are to direct their fire away from a political process that disempowers them and instead join the rulers in targeting China or Russia or Iran or some other country. This not only constitutes war preparations as part of the U.S. war machine but also involves resurrecting Cold War anti-communism. This refers to opposition from the state and others to the people’s organized resistance and even elected officials who are declared to be promoters of foreign inspired “fringe ideologies.” END_OF_DOCUMENT_TOKEN_TO_BE_REPLACED

‘The National’ or CNN North? – On the US Senate Supreme Court hearing

A national public broadcaster should inform us about the important things happening in Canada as well as the world.

Yet on September 26 the CBC devoted the lead 18 minutes of its flagship news program, “The National”, to the US Senate confirmation hearing of the US president’s nominee to that county’s Supreme Court. The program was repeated hourly. END_OF_DOCUMENT_TOKEN_TO_BE_REPLACED

FBI finds no evidence of “sonic attacks” in Cuba

END_OF_DOCUMENT_TOKEN_TO_BE_REPLACED

US: Terror network or lone wolf?

Disparate US legal treatment of Muslims and the Radical Right. Political interests define terrorism and atrocities in conjunction to whom it is perpetrated by and against, and then use this to divide the people on a religious basis; Muslims in particular are singled out, hiding that many countries where the majority of the citizens are Muslims have been destroyed by the U.S. and its NATO allies. “In the nearly 14 years since 9/11, more people have died in the U.S. from politically-motivated violence perpetrated by right-wing militants than by Muslim militants.” The latter are virtually ignored. NAOMI BRAINE* on June 19, 2015

This article appeared in the Spring 2015 issue of The Public Eye magazine.

In April 2014, an armed encampment formed at the Nevada cattle ranch of Cliven Bundy as news spread through militia networks about the confrontation between the 67-year-old rancher and the Bureau of Land Management. The BLM began to impound Bundy’s cows after he’d failed to pay grazing fees for approximately 20 years, claiming the federal government had no right to regulate the public land where he brought his livestock. Confronted with this armed encampment, the federal officials backed down, ultimately returning Bundy’s cows. He was not arrested for the confrontation,1 and as of December, he bragged to reporters, he was continuing to graze his cattle, for free, on federal land.2 Most media accounts treated Bundy as just a cantankerous oddball or, as an op-ed in the Los Angeles Times put it, “a scofflaw with screwy ideas about the Constitution.”3  END_OF_DOCUMENT_TOKEN_TO_BE_REPLACED

US Black History: FBI spied on 51 authors under Hoover 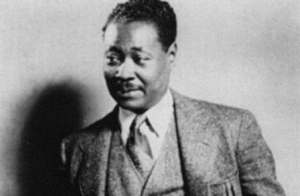 Claude McKay (1889–1948), a key figure in the Harlem Renaissance, a prominent literary movement of the 1920s. He was born and raised in Jamaica.

Guardian – Newly declassified documents from the FBI reveal how the US federal agency under J Edgar Hoover monitored the activities of dozens of prominent African American writers for decades, devoting thousands of pages to detailing their activities and critiquing their work. END_OF_DOCUMENT_TOKEN_TO_BE_REPLACED 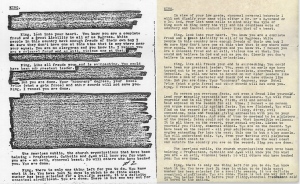 (Nov. 12) – The New York Times has published an unredacted version of the infamous “suicide letter” from the FBI to Dr. Martin Luther King, Jr. The letter, recently discovered by historian and professor Beverly Gage, is a disturbing document. But it’s also something that everyone in the United States should read, because it demonstrates exactly what lengths the intelligence community is willing to go to—and what happens when they take the fruits of the surveillance they’ve done and unleash it on a target. END_OF_DOCUMENT_TOKEN_TO_BE_REPLACED

ON APRIL 24 Bill S-7, An Act to Amend the Criminal Code, the Canada Evidence Act and the Security of Information Act, also known as the Combating Terrorism Act, was passed by the Harper government with the support of the Liberals by a vote of 183 to 93. Because it was first introduced in the Senate rather than the House of Commons, it was not required to return to the Senate for review. The next day it received Royal Assent and became law.

The final reading debate on the legislation on April 22 was accompanied by the Harper dictatorship’s announcement that Canadian authorities, working closely with the FBI, had arrested two men suspected of conspiring to derail a Via Rail train on a section of train track between Toronto and New York. In this way the stage was set for a debate in the media on the obvious coincidence of the timing of the alleged plot and to justify the legislation. All of it has also served to divert attention from the sweeping arbitrary and secret powers the Harper dictatorship has given Canadian and U.S. security authorities. END_OF_DOCUMENT_TOKEN_TO_BE_REPLACED 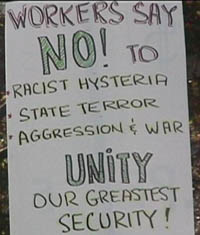 The precious timing of the U.S.-Canadian Operation Smooth (the alleged “Via Rail plot”) with its rehearsed modus operandi is also aimed at creating a racist fear climate, writes PHILIP FERNANDEZ in an edition of TML Weekly Information Project devoted to state terrorism.

ON APRIL 22, right at the time when Parliament was set to debate Bill S-7, the Combating Terrorism Act, the RCMP announced that working closely with the U.S. Federal Bureau of Investigation (FBI) and other U.S. secret police, it had foiled an alleged Iran-based al-Qaeda cell which had planned to bomb a VIA train on the Toronto-New York line. Two men, 30-year-old Chiheb Esseghair, a Tunisian-born resident and doctoral student, and 35-year-old Raed Jaser, a Palestinian national living in Canada for about two decades, were arrested. The RCMP admitted at the press conference that there were no definite plans for these attacks, but that they had been monitoring these two men since August of last year and that these individuals were “planning” such an attack. END_OF_DOCUMENT_TOKEN_TO_BE_REPLACED

IT’S nearing dusk on November 26, 2010. More than 25,000 people have gathered in a light rain at Pioneer Square in downtown Portland, Oregon to watch the annual lighting of the holiday tree, a 100-foot-tall Douglas-fir logged from the Willamette National Forest. Three men in a nearby hotel room have just finished eating a take-out pizza. The TV turned to a local news channel, which is covering holiday celebration. The men spread towels on the floor and say an Islamic prayer, asking that Allah bless their operation. The men pat each other on the back, leave the room and walk to their vehicle, a white van. END_OF_DOCUMENT_TOKEN_TO_BE_REPLACED 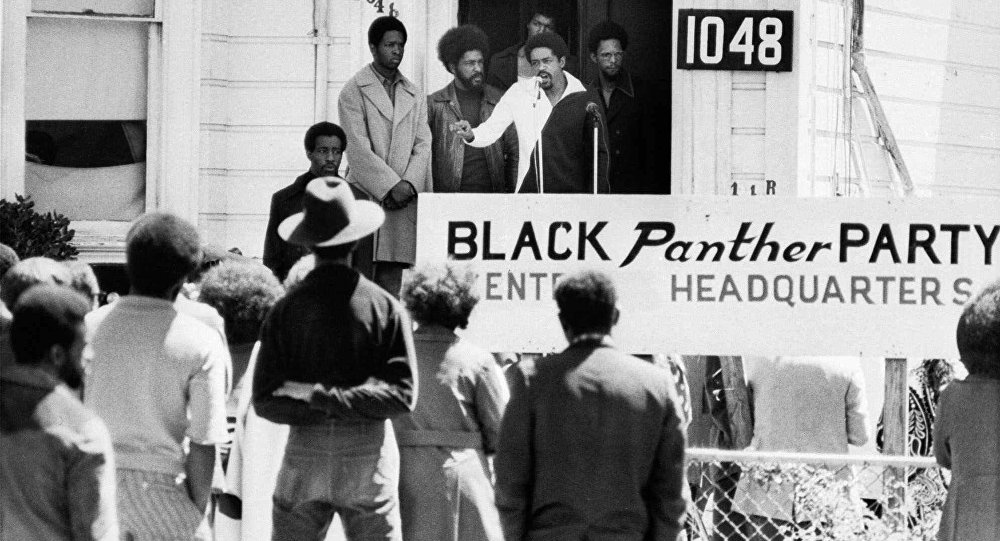 The Mario Van Peebles film “Panther” tells the story of the rise and development of the Black Panther Party for Self Defense, founded in October 1966 in Oakland, California. The founding of this party is regarded by many as one of the political high points of the 1960’s, a decade marked for it’s social and political upheavals across the world. END_OF_DOCUMENT_TOKEN_TO_BE_REPLACED