For more than six centuries, British policy in Ireland has been aimed at the destruction of the Irish language.Partition has failed the language in both the Twenty Six and the Six County states. Successive Free State governments have failed to support the revival of the language in any meaningful or practical way and have refused to support the economic development of Gaeltacht areas to the point of no return. British repression of the language has continued post partition with the foundation of the Six County Orange state where it has been continually treated with hostility.

END_OF_DOCUMENT_TOKEN_TO_BE_REPLACED

This Day. Quotes by Bobby Sands

Today is the 48th anniversary of the death of the heroic Irish patriot Bobby Sands (Irish: Roibeárd Gearóid Ó Seachnasaigh; 9 March 1954 – 5 May 1981) after 66 days on hunger strike at Long Kesh prison. We remember Bobby and his comrades and the blanket men and the women in Armagh. In his solemn memory, we publish a brief collection of quotes, some famous, some less well known.

END_OF_DOCUMENT_TOKEN_TO_BE_REPLACED

Mass protests against Irish government’s assault on the Irish language 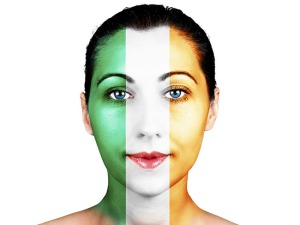 (Feb. 13) – THE impending resignation of Irish Language Commissioner Seán Ó Cuirreáin on February 23 has sparked a wave of protest all over Ireland.

On Saturday, February 15 speakers and supporters of the Irish language will gather in Dublin to make plain their dissatisfaction with the Irish and Northern Ireland governments’ lack of response to Ó Cuirreáin’s criticisms of their policies. The protest is expected to be the largest public demonstration of support for Irish since the protests of the Gaeltacht civil rights movement in the 1960s. END_OF_DOCUMENT_TOKEN_TO_BE_REPLACED

A REFLECTION BY TONY SEED

THE 90TH ANNIVERSARY of the Easter Rising in Dublin and 25th anniversary of the H-Block hunger strikes in Belfast have become times of great celebration for the Irish people and are being commemorated throughout the world, including Canada. Activities include marches, seminars, public meetings, plays, films and exhibitions. The actions of those who stood up and fought for independence in 1916 and the courageous sacrifice of the ten hunger strikers who gave their lives in 1981 represent the best of Ireland. They typify a valiant spirit that has endured much suffering over the centuries of armed British colonial occupation. END_OF_DOCUMENT_TOKEN_TO_BE_REPLACED