BERLIN/WASHINGTON (June 19) – NATO should systematically expand its military exercises and operations into the Asia-Pacific region, an expert of Washington’s Atlantic Council think tank proposes in the intensifying debate on the posture the western war alliance should assume in relationship to the People’s Republic of China. China’s “presence in the Arctic, in Africa and in the Mediterranean” calls for a response, according to NATO Secretary General Jens Stoltenberg. END_OF_DOCUMENT_TOKEN_TO_BE_REPLACED 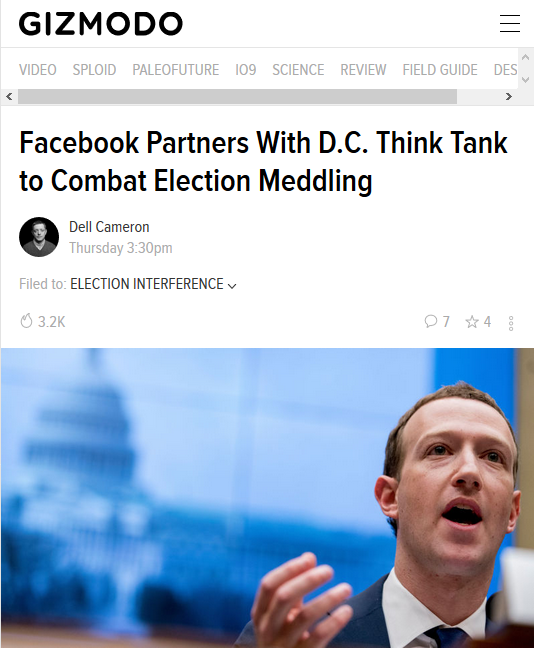 The U.S. social media mega-giant has been presenting itself as a legitimate force to police political discourse. During the past week, Facebook shut down three websites that featured information critical of the Politics of Assassination attempted against Venezuelan President Nicolas Maduro on August 4. END_OF_DOCUMENT_TOKEN_TO_BE_REPLACED

THE Cuban Interests Section in Washington, D.C., has suspended consular services for the second time in less than three months because it has not been able to find a U.S.-based bank to handle its transactions. The Cuban government said Friday, Feb. 14, in a statement:

“In spite of the ​​huge efforts made, as a result of the restrictions in force, derived from the policy of economic, commercial and financial blockade by the U.S. government against Cuba, it has been impossible for the Interests Section to find a U.S.-based bank that could operate the bank accounts of the Cuban diplomatic missions. END_OF_DOCUMENT_TOKEN_TO_BE_REPLACED

Disinformation on gas attacks in Syria (13): On the role of the dogs of war – think tanks, ‘experts’ and media

An analysis of the U.S. military industry ties of ‘experts’ and think tanks who ‘debated’ intervention against Syria

The following report documents the military industry ties of 22 U.S. media commentators and seven major think tanks that participated in media warmongering and disinformation on Syria. They are deliberately paraded as neutral, independent, non-partisan and “third party experts” to confuse the people and put them out of action. These conclusions are not unique to the USA. The disinformation of these media commentators are also widely broadcast in Canada. Stephen Hadley and numerous other individuals and organizations cited in this report are the same high-profile touts of U.S. imperialist strategy invited to present at the annual Halifax International Security Forum aka Halifax War Conference, which increasingly dictates the policy of the Canadian state. Furthermore, a 2001 study of role of Canadian “experts” and think tanks in advocating the “war on terror” in the Canadian media by Shunpiking Magazine revealed a similar modus operandi. – Tony Seed) (download pdf of report)

THIS indepth article by RICK ROZOFF of STOP NATO elaborates the most important features of the imperial agenda of the Obama Administration, particularly its so-called new security doctrine, to be adopted at the upcoming NATO Summit in Lisbon, Portugal, November 17-19. Along with profiling the imperialist cadre behind NATO in the USA and their links, it also deals with the retasking of the NATO bloc on a global basis, in which the Harper government is embroiling the Canadian people. It is published as background information on the Halifax International Security Forum, organized by the German Marshall Fund of Washington, which is interlinked with the Atlantic Council of NATO, and wholly funded by the Canadian Department of National Defence and the Atlantic Canada Opportunities Agency.