Why the rise of fascism is again the issue 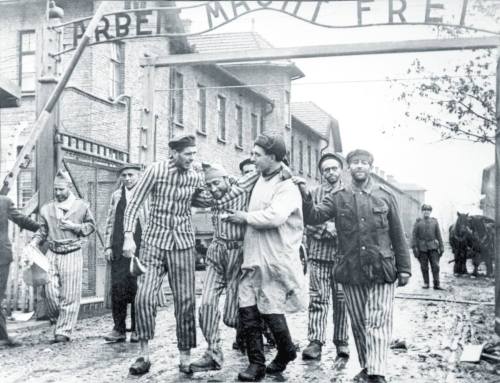 Red Army doctor attends to Auschwitz prisoner after its liberation In January, 1945

The recent 70th anniversary of the liberation of Auschwitz was a reminder of the great crime of fascism, whose Nazi iconography is embedded in our consciousness. Fascism is preserved as history, as flickering footage of goose-stepping blackshirts, their criminality terrible and clear. Yet in the same liberal societies, whose war-making elites urge us never to forget, the accelerating danger of a modern kind of fascism is suppressed; for it is their fascism. END_OF_DOCUMENT_TOKEN_TO_BE_REPLACED

From our archives: Dossier on the 60th anniversary of the victory over fascism

May 8, 2005 marked the 60th anniversary of the surrender of Adolf Hitler’s Third Reich in 1945 and the defeat of Nazi Germany in Europe. Called Victory in Europe Day (V-E Day) in the English-speaking countries, it is celebrated on May 9 in Russia and other countries of the former Soviet Union where it marks the victory of the Great Patriotic War. The defeat of fascism in Europe was a historic event with a permanent significance not only for Europe but for all peoples, who made the greatest contribution to its defeat. Imperialists can be stopped and their weapons silenced.

With this Dossier we want to give our readers a vivid idea of how war may and will creep up on them if it is not opposed. We want to try and discover the real political and economic origins and causes of WWII and its conduct, length and end, the war aims of the different parties, and show how war can be hatched in the greatest secrecy. How was the fate of the peoples of Europe sealed? How was fascism defeated? This has special urgency in our own day, when the imperial Washington of George W. Bush has taken on the task of declaring itself above international law and the Charter of the United Nations. END_OF_DOCUMENT_TOKEN_TO_BE_REPLACED

Filed under Europe, History, No Harbour for War (Halifax)

Krupp and GE: The conspiracy trial of 1947

INTRODUCTION: Imagine a film about the Holocaust that makes no mention of the forces that built the concentration camps or established Hitlerite Germany. Imagine living in a country 70 years later where these same forces are celebrated as “good corporate citizens” – honoured for “creating jobs?” Then imagine that the US, Canada and Ukraine are the only three countries voting against the annual United Nations anti-Nazi resolution in November 2014.  END_OF_DOCUMENT_TOKEN_TO_BE_REPLACED 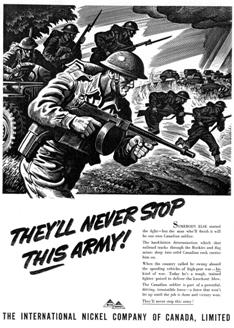 By Tony Seed with Albert Noden

On November 21, 2014 the Harper government joined the United States and Ukraine as the only three countries voting against the annual United Nations anti-Nazi resolution, initiated in 2005. Proposed by Russia, the resolution condemns attempts to glorify Nazi ideology and to deny German Nazi war crimes, including the Holocaust. Harper is actually following in the footsteps of his predecessors, as we document further in this post.

On the eve of the Second World War, during the height of the collusion between Britain and Nazi Germany known as appeasement for a war against the Soviet Union, King George VI and Queen Elizabeth made a 44-day state visit in 1939 to Canada. The prime minister, William Lyon Mackenzie King, had himself met with Hitler and other top Nazi leaders in Berlin in 1937 and expressed his frank admiration for the leader of the Third Reich and its fascist program.

END_OF_DOCUMENT_TOKEN_TO_BE_REPLACED 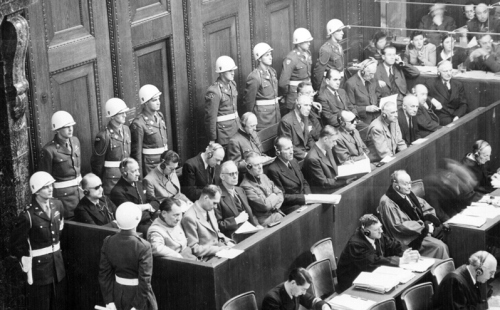 The principles established at the Nuremberg trials in 1945-46, following the victory over fascism affirmed that heads of state and other political leaders as well as the military leaders must be
held accountable and punished for crimes of aggression, breaking the peace and crimes against humanity. Today, 68 years after the conclusion of the main trial at Nuremberg, the U.S. and its allies including Canada are going all out to smash all the conclusions of Nuremberg.

On August 23, the Harper dictatorship again marked the anniversary of Black Ribbon Day, a memorial day concocted by the ruling circles of Europe in 2009 to promote anti-communism through slanders and lies and to glorify Nazism. The Canadian Parliament designated the same day as the “National Day of Remembrance for the Victims of Communism and Nazism in Europe” in December that same year. Each August 23, Prime Minister Harper and certain of his ministers attend meetings and make official statements and speeches to mark the day on behalf of the most reactionary dregs of society who link human rights to the rehabilitation of Hitlerite crimes against humanity, all in the name of high ideals. They deliberately promote the view that the Hitlerite Nazis who slaughtered the peoples of Europe, Britain, and the Soviet Union were heroes and the anti-fascist forces who fought them to the death, especially the communists, should be erased from the historical record. END_OF_DOCUMENT_TOKEN_TO_BE_REPLACED

The following documents were produced as Resource Papers for the Halifax Political Forums held at Dalhousie University from January to May, 2003 on the theme “Peace & Nations in the 21st Century: Understanding the Causes of War”:

1. Some relevant selections of The Charter of The United Nations

2. Principles of the Nuremberg Tribunal, 1950 Protocol 1

3. Additional to the Geneva Conventions, 1977 END_OF_DOCUMENT_TOKEN_TO_BE_REPLACED

How the US imperialists saved the Nazi industrialists 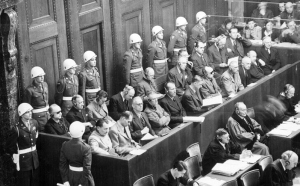 The principles established at the Nuremberg trials in 1945-46, following the victory over fascism, affirmed that heads of state and other political leaders as well as the military leaders must be
held accountable and punished for crimes of aggression, breaking the peace and crimes against humanity. Today, the U.S. and its allies including Canada are going all out to smash all the conclusions of Nuremberg.

When it was decided at the end of the Second World War that the main Nazi war criminals should be prosecuted for their war crimes by the International Tribunal, world public opinion expected that the German industrialists would be among the accused, since their responsibility was so obvious. They bankrolled Hitler’s seizure of power, financed the Nazi Party, armed the Wehrmacht, looted the occupied countries, exploited the slave labour of millions of prisoners, expanded their empires and made huge profits. But the Nazi industrialists not only survived the war with most of their fortunes intact, they suffered little punishment for their heinous deeds. With the help of the Americans and the Vatican they quickly regained their influence and soon rebuilt their empires to again become some of the richest men in the world. How was this possible? The main reason was that the Americans who emerged practically unscathed from the war and whose industrialists were in fact an integral part of the Nazi machine, went to great efforts to clear the German industrialists from the responsibility of having caused the war and to prevent them from being tried by the International Tribunal. END_OF_DOCUMENT_TOKEN_TO_BE_REPLACED

Filed under Europe, History, No Harbour for War (Halifax)