End the catastrophe imposed on the Palestinian people!

May 15 marks the 72nd anniversary of Al Nakba — the Catastrophe — a day marking a “continuous journey of pain, loss and injustice” for the Palestinian people. It marks the day that some 750,000 Palestinians were expelled from their homes during the 1948 war. Palestinians were forced from their lands and homes due to military attacks by Zionist forces, supported by the British and U.S. governments. The Israeli Zionist forces attacked 774 cities and villages, and occupied 80 per cent of the Palestinian soil after killing nearly 15,000 Muslim and Christian civilians. Those who survived were forced to migrate to the West Bank, the Gaza Strip, and neighbouring countries, such as Syria, Jordan and Lebanon. END_OF_DOCUMENT_TOKEN_TO_BE_REPLACED

What’s behind this Canadian Zionist’s provocative publicity stunt at Jerusalem’s Dome of the Rock?

Canadian Lauren Isaacs caused much resentment among Palestinians (and the entire Muslim world) when she unfurled a “Herut Canada” flag at the Al Aqsa Mosque in Jerusalem in June. In response, she claimed she was just visiting Jerusalem with her mom. But behind her apparent touristic naivety lies a right wing Canadian organization with an explicit objective.

A Jewish Canadian tourist in Israel feigned surprise at the hostile reaction from Palestinians and Muslims from around the world, after she posted on line a picture of herself holding up a Zionist flag on June 11th in front of the 1400-year-old Dome of the Rock, an important symbol of the Muslim religion in Jerusalem. END_OF_DOCUMENT_TOKEN_TO_BE_REPLACED

Trump’s Jerusalem declaration: ‘These are extraordinary times’ – from the editor of the Journal of Palestine Studies

Introduction to the current edition of the Journal of Palestine Studies, Vol, 47, No. 2, 2018 | RASHID I. KHALIDI*

Mass Land Day demonstration in Gaza, near the border with the Zionist State of Israel, March 30, 2018, as the March of Return begins.

THESE ARE EXTRAORDINARY TIMES where Palestine is concerned. In December 2017, a U.S. president arrogated to himself the prerogative of making far-reaching decisions that strike directly at Palestinian rights and at the Palestinians’ claims on the most crucial and sensitive of final-status issues: Jerusalem. Far from reacting strongly to this unprecedented action, Arab governments did little more than register their formal disapproval. There are credible reports that some of them surreptitiously condoned the move. In Israel, meanwhile, the ruling coalition of Prime Minister Benjamin Netanyahu has continued to up the ante. He and other senior government leaders have declared openly that Israel will retain permanent control of most of the occupied territories and never allow a fully sovereign Palestinian state to come into being there, while the Likud Party Central Committee at the end of December 2017 unanimously called for annexation of large parts of these territories. END_OF_DOCUMENT_TOKEN_TO_BE_REPLACED

On March 7, several human rights groups held an event at the Yabous Cultural Centre in Jerusalem to brief diplomatic missions on the current status of Jerusalem. Its status is clearly defined in international law as an occupied territory. However, on December 6, 2017, U.S. President Donald Trump made a provocative announcement that the U.S. recognizes Jerusalem, not Tel Aviv, as the capital of Israel and as such plans to move its embassy there. This act, along with other developments in Israel, are aimed at creating the facts on the ground to de facto change the status of Jerusalem. END_OF_DOCUMENT_TOKEN_TO_BE_REPLACED

For the record: Who owns Jerusalem (al-Quds)? 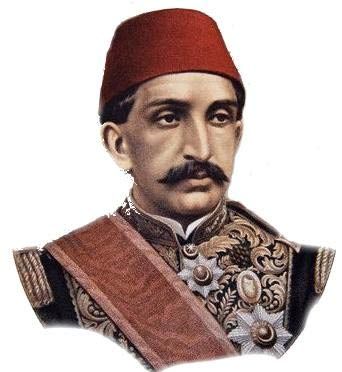 There are 171,306 deeds recorded in 46 registries of Jerusalem in Ottoman archive records. Of these, 133,365 are private property and 37,671 belong to foundations. In addition to this, Turkey’s archives also have records of Jerusalem between the hijri years 950 and 1917.

Among the records of private property were 139 deeds belonging to Sultan Abdul Hamid II, 137 of which were transferred to the treasury in the past. END_OF_DOCUMENT_TOKEN_TO_BE_REPLACED

For the record regarding Jerusalem (al-Quds)

US president Donald Trump has declared Jerusalem the capital of Israel and even “the eternal capital of the Jewish people.” Israeli Prime Minister Netanyahu invokes the bible in hailing Trump’s outrageous declaration. END_OF_DOCUMENT_TOKEN_TO_BE_REPLACED

Sighting (photo supplement): Hands off Jerusalem! Affirm the rights of the Palestinian people!

The Palestinian people have risen in a mighty storm, supported by the peoples of the world, against the declaration by U.S. President Donald Trump that the U.S. considers Jerusalem (Al Quds) to be the capital of Israel. We stand as one with the heroic Palestinian people and their resistance to the Zionist occupation and U.S. attempts to control the affairs of all peoples or destroy what they cannot control. Strikes and days of rage are underway across Palestine, with courageous men, women and youth confronting the Israeli Occupation forces. Solidarity protests are being held outside U.S. embassies and consulates worldwide. Join In! END_OF_DOCUMENT_TOKEN_TO_BE_REPLACED

It is widely known that when more than 750,000 Palestinians were expelled or fled from Palestine before and after the establishment of the Zionist state of Israel in 1948 by force of arms, most Palestinian land and belongings were stolen, lost or destroyed. What is not well-known is that at least 70,000 books were looted from Palestinian homes, institutions and libraries in 1948. Rare manuscripts (estimated as numbering around 50,000 originating from 56 libraries in and around Jerusalem) are not included in the estimates and are totally unaccounted for. There are rare Palestinian manuscripts in the collection at the National Library, but they are not accessible by the general public. There are also rare Palestinian manuscripts at Hebrew University. Today, there is but one public Palestinian library in Jerusalem. Dr GISH AMIT* documents the plunder and the self-serving rationale of the Zionists that they were “saving” this rich treasury of the people of Palestine, as well as giving an engrossing insight into the many outstanding personalities who animated Palestinian political and cultural life. With the exception of the first photo, all graphics and captions have been added by myself. – TS

Over the last decades, with the declassification of most of Israel’s official documents pertaining to the 1948 war and the emergence of a new critical Israeli historiography, much has been written about the dispossession and dispersal of Palestinians, [1] yet only limited attention has been paid to its catastrophic consequences on Palestinian culture. This is due to several factors: the nature of the Zionist-Palestinian conflict, which has made the Palestinian experience difficult to reconstruct in later years; [2] the erasure from memory of the urban spaces where that cultural and intellectual life thrived; [3] and the trauma of the Palestinian catastrophe itself, making it both impossible to escape and difficult to discuss. [4]  END_OF_DOCUMENT_TOKEN_TO_BE_REPLACED

Israel has already surrounded East Jerusalem with concentric rings of colonies on West Bank territory outside but contiguous to the municipal borders of the city. The plan, already well advanced, is to integrate these colonies with united municipal Jerusalem in order to create Greater or Metropolitan Jerusalem. A great advantage and indeed the prime objective of this strategy for Israel is that the more Palestinian territory that is alienated from the West Bank in the name of Metropolitan Jerusalem, the less the physical, political, and psychological space that will be left for the Palestinians there in the West Bank. One can count on Netanyahu to carry this strategy to its very farthest extent.  END_OF_DOCUMENT_TOKEN_TO_BE_REPLACED

People of the (stolen) book: Did Israel’s National Library engage in systematic theft?

New book casts a shadow on the way the National Library acquired some of its most treasured items, such as Torah scrolls from Yemen and books belonging to Palestinians. OFER ADERET in Haaretz

(Jan. 2) – Shalom Ozeri’s family came to Israel in 1949 from the Yemeni port city of Aden and was sent to the immigrants’ camp at Rosh Ha’ayin. A few months later, packages containing the family’s Torah scrolls and holy books began arriving. Valuable items included a tikhlal — a Yemenite Jewish prayer book dating back 500 years — and a manuscript of the Mishna in two parts. END_OF_DOCUMENT_TOKEN_TO_BE_REPLACED

Hollywood’s Kingdom of Heaven, the Crusades, Salah Ad-Din and Jerusalem

The Dome of the Rock Mosque (above) and the al-Aqsa Mosque are an integral part of the Noble Sanctuary in Jerusalem, considered third holiest site of Islam. and the object of attack of today’s Zionists. The media depicts the struggle over al-Aqsa as a Palestinian-Israeli conflict, when in fact it is also a Muslim-Zionist conflict, as both mosques are of the utmost sacredness and symbolic regard to Muslims across the world.

The Hollywood action film The Kingdom of Heaven fictionalizing the medieval Crusades of the 12th century was released in 2005. It is continuously rebroadcast on TV, e.g., this past weekend on GAME-TV, due not only to the fictionalised action but mainly because of its cinematic disinformation and falsification of history about Muslims, the Crusades, the Kingdom of Jerusalem, and Salah Ad-Din (Saladin), who is battling to reclaim the city from the Europeans. The following review by Prof As’ad AbuKhalil* was written in 2005 shortly after the movie’s release. We are also reproducing it in the context of the current Zionist provocations against the al-Aqsa Mosque in Jerusalem, which Israel closed on October 29 as it sent hundreds of police “reinforcements” into Jerusalem.

The Kingdom of Heaven (and of plunder, pillage, bloodshed and mayhem): Ridley Scott’s version of the Crusades, or the limitations of Western liberalism

WHAT do you expect. I can summarize the movie’s (Kingdom of Heaven) message for you: there are good crusaders and bad crusaders, and the viewers are supposed to cheer for, and identify with, the good crusaders. Or, Rumsfeld is bad and Bush is good. You may say that the Arabs were presented humanely, or so bloviated US reviewers in unison. Leaders of Arab-American and Muslim American organizations will praise the movie, no doubt, and so will the King of Morocco (who was thanked at the end of the credit, but torture in his kingdom was not noted in the credit for some reason). END_OF_DOCUMENT_TOKEN_TO_BE_REPLACED

PNN/Jerusalem (May 23) – The Al-Aqsa Foundation for Heritage and Waqf reported yesterday that the Israeli authorities have almost finished a network of tunnels underneath one of the gates of the Al-Aqsa mosque compound.

The Foundation also said in a press release that Israel has finished digging tunnels and excavations near the Ablution Gate, and has connected them to other networks of tunnels located underneath the western wall of the mosque, reports WAFA. END_OF_DOCUMENT_TOKEN_TO_BE_REPLACED

Bill C-19, the War Crimes and Crimes Against Humanity Act: “An explicit Canadian government plan to provide a haven in this country for Israeli war criminals.” GARY ZATMAN*

Considering the deafening silence from the Martin cabinet about the Sharon government’s announced plans, and actions already taken, to make provision for an additional 3,500 “settlers” in the Maale Adnumim bloc in illegally-annexed “East Jerusalem,” the recent appearance of Prof. Michael Mandel’s reminder, via the CanPalNet website, that the entirely illegal Zionist colonisation of the West Bank and Gaza Strip constitute war crimes under Canadian law is indeed timely. END_OF_DOCUMENT_TOKEN_TO_BE_REPLACED