END_OF_DOCUMENT_TOKEN_TO_BE_REPLACED

This Day. In Memory of Kevin Barry 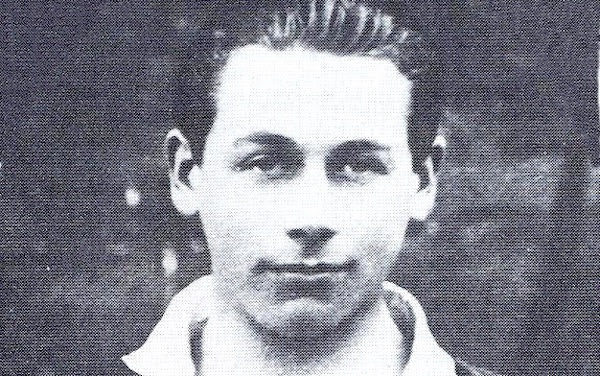 Kevin Barry was hanged at the age of 18 by the British in Mountjoy Jail on 1 November 1920, 100 years ago this week. He was the first republican to be executed by the British after the 1916 Rising, but his martyrdom inspired the republican side in the War of Independence. END_OF_DOCUMENT_TOKEN_TO_BE_REPLACED

Sean Connery died today at the age of 90. Much is being written on behalf of Hollywood with little reference to the famed actor’s ardent support for the just cause of democratic renewal, the right to self-determination, and Scottish independence. Reflecting his Scottish working class roots, he put his sentiments into action.

In 1992 he read the now-famous “Democracy Declaration of Scotland” before the massive ‘Scotland Demands Democracy’ demonstration held in Edinburgh, December 11 and 12, 1992 (pictured below). More than 30,000 people participated and endorsed the Declaration by acclamation. The Democracy Declaration united the new movement for a Scottish Parliament in the 1990s. END_OF_DOCUMENT_TOKEN_TO_BE_REPLACED

Since 2006, William Roebuck, a US Diplomat, has been working toward ‘regime change’ in Syria at any cost. The destruction of Syria, hundreds of thousands of deaths and injuries, and the migration of one-third of the population have been the price of the US policy under Roebuck’s tenure. The ultimate goal of ‘regime change’ has never been about greater freedoms, democracy, or human rights for Syrians, but has been with the single target spelled out by Roebuck in 2006: to break the relationship between Iran and Syria. END_OF_DOCUMENT_TOKEN_TO_BE_REPLACED

Fortress America: 62nd anniversary of NORAD – The demand to dismantle NORAD is more urgent than ever

The 62th Anniversary of NORAD on May 12 is a time to draw warranted conclusions about the nature of the military alliance. NORAD is always described as responsible for the defence of North America. NORAD was conceived and brought into being during the Cold War, which has long since ended. Its survival is now justified by claiming the danger is from “rogue states.” However, NORAD, like NATO is an aggressive military alliance. From our archives: “Fortress America: 60th anniversary of NORAD – The demand to dismantle NORAD is more urgent than ever”

This year marked the 60th anniversary of the North American Aerospace Defence Agreement (NORAD) signed on May 12, 1958. It is the arrangement through which, along with the North Atlantic Treaty Organization (NATO) founded on April 4, 1949, the Canadian armed forces are integrated into those of the U.S. and put under U.S. command. END_OF_DOCUMENT_TOKEN_TO_BE_REPLACED

The “new” defence policy of the Trudeau Liberals espouses the goal of greater “interoperability” with U.S. and NATO military operations. This word is repeated no less than 23 times in the policy document.

END_OF_DOCUMENT_TOKEN_TO_BE_REPLACED

Trudeau Liberals treatment of important questions of war and peace

Roland Paris is former Founding Director of the Centre for International Policy Studies  (CIPS) at the University of Ottawa, from which he is now on leave. He is a NATO academic and involved with corporate think tanks and such subversive U.S. agencies as the Halifax International Security Forum (see here) advancing a warmongering foreign policy for Canada. The National Post called Paris “the man behind Justin Trudeau’s foreign policy.” A concern for Canadians is Paris’ foreign policy preoccupations, which include increasing military spending and Canada’s role in the aggressive NATO military bloc, as well as the so-called “digital diplomacy” – the Harper government’s use of social media tools to subvert sovereign governments that Washington deems hostile to its interests (see here and here). The Post reported on December 29 that Paris was working for the Liberals before the election was called and that “his fingerprints are clearly evident in the party’s election platform.” All the while Paris was also frequently quoted, before and after the election, as an independent academic and expert commenting on Liberal foreign policy prospects. Paris is also said to be present at “most, if not all, of Trudeau’s meetings with foreign leaders.”

Roland Paris is Senior Advisor to Prime Minister Justin Trudeau. He was appointed to this post in November 2015. Paris has played a significant role in the efforts of the Liberal intelligentsia and think tanks to sort out the problems of a Liberal foreign policy for Canada today. As a frequent commentator on Canadian foreign policy and collaborator with NATO and other institutions of U.S. imperialism such as the Halifax International Security Forum, Paris’ preoccupations are a cause for concern for Canadians, who would like to see Canada and its government as a force for peace. END_OF_DOCUMENT_TOKEN_TO_BE_REPLACED