Chief Cadmus Delorme of the Cowessess First Nation announced on June 24 that 751 unmarked graves have been found at a cemetery near the former Marieval Indian Residential School. The Residential School operated from 1899 to 1997 in the area where Cowessess First Nation is now located. The colonial state and Catholic Church forced Indigenous children from across Saskatchewan and Manitoba to stay at the school. The RCMP and other police powers threatened Indigenous families with imprisonment if they did not hand over their children. END_OF_DOCUMENT_TOKEN_TO_BE_REPLACED

END_OF_DOCUMENT_TOKEN_TO_BE_REPLACED

Report on Irish ‘Mother and Baby’ homes ‘a cop-out’

Baby factory for the United States? 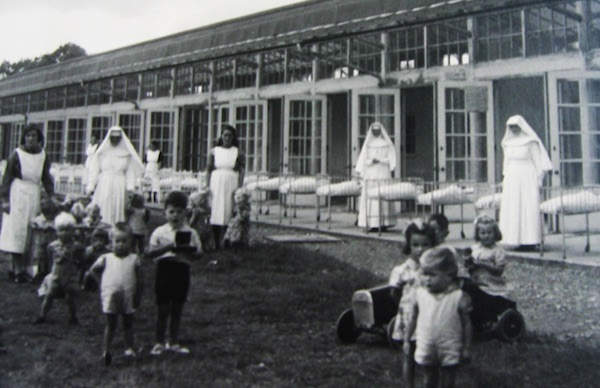 A Commission of Investigation has established that some 9,000 babies and children died over eight decades in Irish ‘Mother and Baby’ homes, but a limited report and an official State apology have only increased demands for full redress for a history of murderous neglect and misogyny. END_OF_DOCUMENT_TOKEN_TO_BE_REPLACED

Quebec’s Bill 21 is raised often across the country as an “election issue.” It is expected to dominate the French-language “leaders’ debate” on October 10 as well. Renewal Update asked Diane Johnston who is running in the Montreal riding of Mount Royal for her opinion on Bill 21 and the Quebec-bashing which is taking place in this election. END_OF_DOCUMENT_TOKEN_TO_BE_REPLACED

This day in 1885: Anniversary of the hanging of Louis Riel

ON NOVEMBER 16, 1885, the British colonial power executed the great Métis leader Louis Riel. Riel had been charged and found guilty of high treason after the Métis were defeated at the Battle of Batoche in May of that year. The execution of Louis Riel was intended as an assault on the consciousness of the Métis nation, but was unsuccessful in putting an end to their fight for their rights and dignity as a nation. The struggle of the Métis to affirm their right to be and exercise control over their political affairs continues to this day. END_OF_DOCUMENT_TOKEN_TO_BE_REPLACED

Tagged as Roman Catholic Church, Science, This day in history

Although Inermarium is an old concept, its modern significance is shown by the map, which was published by Stratfor, the corporate intelligence firm linked to the CIA, in 2015. It which views Turkey as the southern anchor of the Intermarium, a network of allies including Lithuania, Poland, Ukrain and Romania that occupy Russia’s European rim and have a collective interest in working with the US-NATO bloc to pressure Russia.–TS

(March 1) – Political scientists attribute the Ukraine crisis to competition between Russia and the West or East Ukraine versus West Ukraine.  While these simple explanations have their merits, there is much more at stake; nothing less the long planned absorption of Ukraine into the Intermarium and the break-up of Russia into toothless mini states. END_OF_DOCUMENT_TOKEN_TO_BE_REPLACED