This Sunday, February 21st, 2021 marks the 56th anniversary of the assassination of Malcolm X, who later took the name El-Hajj Malik El-Shabazz after his pilgrimage to Mecca in 1964. As a revolutionary internationalist and a leader of the Black liberation struggle, Malcolm X shaped and influenced a generation of Black activists, artists, revolutionaries and intellectuals. His impact has been profound and lasting. The assassination’s anniversary is, therefore, a time for serious contemplation of his legacy. END_OF_DOCUMENT_TOKEN_TO_BE_REPLACED 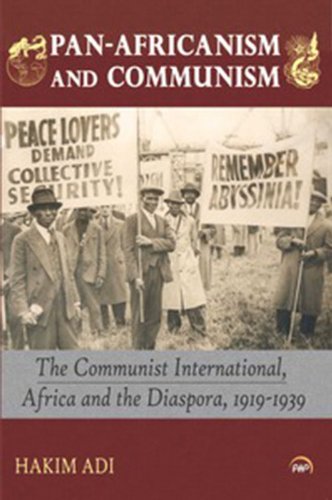 (From our archives: originally published on May 25, 2014) – This ground-breaking book, based on research undertaken in the archives of the Comintern in Moscow as well as archives in France, Britain, the US and West Africa, documents the activities of the Communist International in relation to Africa and the African diaspora. It focuses on a period when the world was in flux, with inter-imperialist rivalry at its height, when African and Caribbean countries, amongst others, were under colonial domination. Black people in Africa, the Caribbean and other western countries were officially considered inferior, had few rights and racism was at the level of open state policy from so-called “Jim Crow” laws and lynching in the US, to pass laws and segregation in South Africa and the colour bar in Britain. END_OF_DOCUMENT_TOKEN_TO_BE_REPLACED

February 21, 2016 marks the 51st anniversary of the assassination of Malcolm X, who later took the name El-Hajj Malik El-Shabazz after his pilgrimage to Mecca in 1964. As a revolutionary internationalist and a leader of the Black liberation struggle, Malcolm X shaped and influenced a generation of Black activists, artists, revolutionaries and intellectuals. His impact has been profound and lasting. The anniversary of his assassination is, therefore, a time for serious contemplation on his legacy. END_OF_DOCUMENT_TOKEN_TO_BE_REPLACED

The Case Against To Kill a Mockingbird 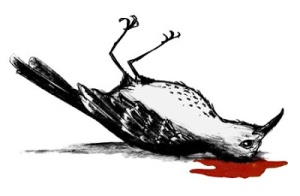 On February 19, news agencies announced the death of the American author Harper Lee. The Toronto Star warmly eulogized a writer “whose child’s-eye view of racial injustice in a small Southern town, To Kill a Mockingbird, became standard reading for millions of young people and an Oscar-winning film.” Published in 1960, it received the Pulitzer Prize and George Bush awarded Lee the 2007 Presidential Medal of Freedom in a ceremony held at the White House. In 2015, fifty five years later, Robert Murdoch’s HarperCollins published Lee’s Go Set A Watchman, only her second novel but actually written prior to Mockingbird. Watchman sold more than 1 million copies and was described as “the fastest selling” book in HarperCollins’ history. It was called a “fraud” and an “epic money grab” in the New York Times.

In 1996, “intense community pressure” by the African Canadian community in Nova Scotia successfully managed to remove this and two other novels from the Department of Education’s list of recommended, authorized books. They meant that they could no longer be purchased from the provincial government.

In 2002, a committee consisting of parents and educators, seconded by members of the Black Educators’ Association (BEA), recommended that the book “be removed from school use altogether.” Further, the community courageously boycotted a theatrical production in Halifax on the basis that it did not reflect the black experience and falsified historical reality. END_OF_DOCUMENT_TOKEN_TO_BE_REPLACED

Word. Beyond Vietnam – A time to break silence

Speech delivered by Dr. Martin Luther King, Jr., on 4 April 1967, at a meeting of Clergy and Laity Concerned at Riverside Church in New York City. It was given exactly one year before his assassination. It is the least well known of Dr. King’s speeches among the masses, and it needs to be read by all. Although his great civil rights sermons have been celebrated, the Riverside speech has many echoes for our contemporary situation.

I come to this magnificent house of worship tonight because my conscience leaves me no other choice. I join with you in this meeting because I am in deepest agreement with the aims and work of the organization which has brought us together: Clergy and Laymen Concerned about Vietnam. The recent statement of your executive committee are the sentiments of my own heart and I found myself in full accord when I read its opening lines: “A time comes when silence is betrayal.” That time has come for us in relation to Vietnam. END_OF_DOCUMENT_TOKEN_TO_BE_REPLACED

The Martin Luther King you don’t see on TV

From our archives. By JEFF COHEN and NORMAN SOLOMON*

It’s become a TV ritual: Every year in mid-January, around the time of Martin Luther King’s birthday, we get perfunctory network news reports about “the slain civil rights leader.”

The remarkable thing about this annual review of King’s life is that several years – his last years – are totally missing, as if flushed down a memory hole. END_OF_DOCUMENT_TOKEN_TO_BE_REPLACED

The annual U.S. holiday celebrating Dr. Martin Luther King is a time for serious contemplation of his actual legacy. The pervasive and dominant narrative freezes in place King’s politics and philosophy, transfixing his thinking to August 28 1963: the March on Washington and his “I Have A Dream Speech.” Of course, selective quotes of “I Have A Dream Speech” are deployed to render a de-radicalized version of King. The subsequent development – up to his April 4, 1968 assassination – of his views on capitalism and imperialism are ignored. END_OF_DOCUMENT_TOKEN_TO_BE_REPLACED

1955 (1 December): The status of non-persons for African Americans was the target of the modern US civil rights movement. With untold sacrifice it led to more historic successes. The movement was strengthened by the courageous action of one person. Rosa Parks, 42, a black seamstress living in Montgomery, Alabama, refused to sit in the back of a public bus as required by segregationist laws then in effect. “Whites Only” or “Coloreds Only” were the signs marking this separation at the entrance to restaurants, hotels, water fountains, private buildings, schools, etc. The cruel and absurd segregationist law in the long trail of slavery in the American South stated that if a Black person was sitting on a bus and a white person wanted that seat, the former would have to stand and allow the latter to sit.