On January 13, 2021 a Joint Intelligence Bulletin was issued by the DHS, FBI and NCTC. It is written, so it is said, to warn about the threat of further actions such as took place on January 6. But it reads as a threat to all those standing up for rights.

January 2021. Protest actions by those involved in the movement for rights and against police impunity continue in Portland (above) and other cities.

On January 13, 2021 a Joint Intelligence Bulletin was issued by the U.S. Department of Homeland Security (DHS), the Federal Bureau of Investigation (FBI) and the National Counterterrorism Center (NCTC). The Report is titled: “Domestic Violent Extremists Emboldened in Aftermath of Capitol Breach, Elevated Domestic Terrorism Threat of Violence Likely Amid Political Transitions and Beyond.” It states that its purpose is “to highlight the threat of violence from domestic violent extremists in the wake of the January 6 violent breach… of the U.S. Capitol Building in Washington, DC, following lawful protest activity related to the results of the General Election.” The Bulletin is Classified U/FOUO, meaning “unclassified, for official use only.” END_OF_DOCUMENT_TOKEN_TO_BE_REPLACED 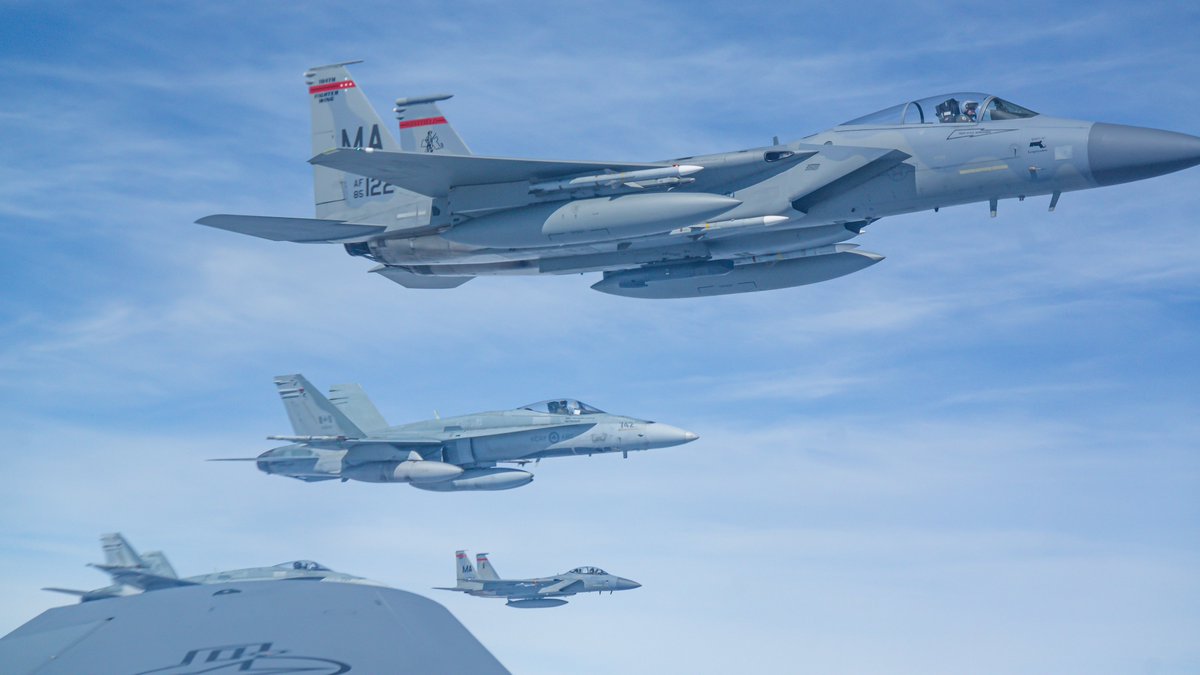 END_OF_DOCUMENT_TOKEN_TO_BE_REPLACED

Using the Extradition Treaty between Canada and the United States, the U.S. got Canada to arrest Meng Wanzhou, the chief financial officer of Huawei Technologies, the world’s largest telecommunications equipment manufacturer and the second largest smartphone manufacturer after Samsung. END_OF_DOCUMENT_TOKEN_TO_BE_REPLACED

Our Security Lies in the Fight for the Rights of All

Montreal
Rally to Demand Abolition of Ministry of “Border Security and Organized Crime” and an End to All Deportations of Migrants
Saturday, August 4 — 10:00 am-12:00 noon • Immigration Canada Offices, 1010 St-Antoine (Bonaventure metro)
Facebook

END_OF_DOCUMENT_TOKEN_TO_BE_REPLACED

“We are Going to Have to Fight It Through the Regulations” — Interview, Rob Ashton, President, International Longshore and Warehouse Union, Canada

Maritime Workers at the port of Vancouver as well as ports throughout the country have been standing up to the Trudeau government’s Bill C-23, An Act respecting the preclearance of persons and goods in Canada and the United States. This legislation expands “preclearance,” a process for clearing customs of the destination country before leaving the country of origin, from select airports in Canada to land and water crossings. It permits preclearance of cargo in Canadian facilities by U.S. agents, and authorizes them to carry weapons and detain, search and use force against Canadians within those facilities. END_OF_DOCUMENT_TOKEN_TO_BE_REPLACED

Back to the future all over again – ‘urban winter warfare training’ of Canadian Forces in Laval, Quebec

Forty-five years after the proclamation of the War Measures Act and the military occupation of Quebec by the Trudeau government, 600 reservists of the Montreal Territorial Battalion Group of the 34 Canadian Brigade Group (34 CBG) are exercising this weekend in “aid of the civil power” “for the purpose of territorial defence in the event of a crisis.” Exercise QUORUM NORDIQUE 2016 (Ex QN 16) is “urban winter warfare training” in Laval. 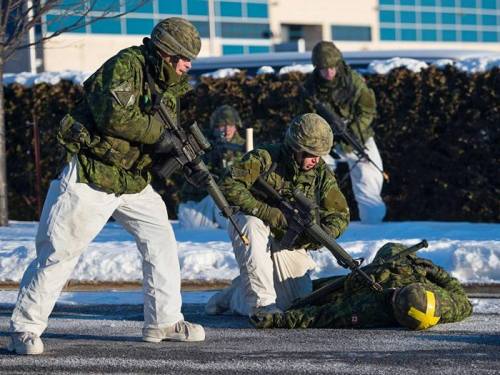 Reservists in action in an industrial sector of Laval during exercise QUORUM NORDIQUE 2016, January 24, 2016. (Canadian Army)

END_OF_DOCUMENT_TOKEN_TO_BE_REPLACED

In hearings into the Shiprider program which has U.S. border agents enforcing Canadian law on Canadian seaways, RCMP Chief Superintendent Joe Oliver, the Mounties’ director general for border integrity, stated: “We recognized early that this approach would raise concerns about sovereignty, of privacy, and civil liberties of Canadians. We said ‘Let’s take baby steps, let’s start with two agencies to test the concept, let’s demonstrate to Canadians and Americans that such an approach might work.” These “baby steps” are taken on a regular basis to keep Canadians unaware of the extent to which the Harper government has placed Canada under U.S. command. “US forces make ‘baby steps’ into Canada,” November 14, 2013 END_OF_DOCUMENT_TOKEN_TO_BE_REPLACED 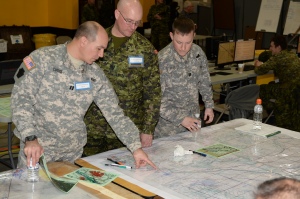 THE following releases issued by the Government of Canada’s Department of National Defence illustrate how foreign troops are carrying out military exercises on Canadian territory on virtually a non-stop basis throughout the year. All the exercises are carried out under the Pentagon’s Northern Command (NORTHCOM), which simultaneously includes the U.S. Dept. of Homeland Security. END_OF_DOCUMENT_TOKEN_TO_BE_REPLACED

ON DECEMBER 19 the Executive Committee of the Beyond the Border Action Plan made up of officials from the executives of the U.S. and Canada released its second report on how it is implementing the Beyond the Border Action Plan signed in 2011. This year’s report outlines pilot projects which place Canada’s security apparatus under U.S. command and control, in particular at key ports. Also highlighted are ongoing steps to hand over vast amounts of information to U.S. officials on who is travelling to and from Canada. Already there are reports that more Canadians are being harassed at entry to the United States on the basis of private information about their mental health taken “legally” from Canadian databases. There is also an increase in the number of unmanned drones flying in Canadian civilian airspace through the implementation of the Beyond the Border Action Plan. END_OF_DOCUMENT_TOKEN_TO_BE_REPLACED

US Homeland Security and the hated flute menace

Another reason for Canadians not to transit through U.S. airports

Arts Journal (Dec. 31) – BOUJEMAA RAZGUI, a Canadian flute virtuoso who lives in New York and works with many US ensembles, was returning to base over the holiday when Customs officials at Kennedy Airport (JFK) asked to see his instruments. Bourjemaa carries a variety of flutes of varying ethnicity, each made by himself over years for specific types of ancient and modern performance. He is a regular guest with the diverse and enterprising Boston Camerata. At JFK, the officials removed and smashed each and every one of his instruments. No reason was given. END_OF_DOCUMENT_TOKEN_TO_BE_REPLACED

‘Baby steps’: The operation of US military and security agents in Canada

It used to be quite rare and even noteworthy when foreign military training and operations took place on Canadian soil, which is now included in the U.S. “homeland.” END_OF_DOCUMENT_TOKEN_TO_BE_REPLACED

Border stories: Drones, surveillance towers, malls of the spy state and the national security police on the Northern border

“Now, the entire U.S. perimeter has become part of a Fortress USA mentality and a lockdown reality.” | Ryan Bayne

(February 7, 2013) – Before September 11, 2001, more than half the border crossings between the United States and Canada were left unguarded at night, with only rubber cones separating the two countries. Since then, that 4,000 mile “point of pride,” as Toronto’s Globe and Mail once dubbed it, has increasingly been replaced by a U.S. homeland security lockdown, although it’s possible that, like Egyptian-American Abdallah Matthews, you haven’t noticed.  END_OF_DOCUMENT_TOKEN_TO_BE_REPLACED

Militarization of Canadian ports: Violation of rights of Maritime workers and annexation in the name of ‘security’ 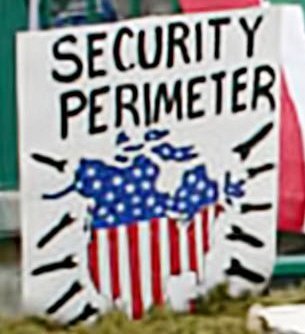 REPRESENTATIVES of Canadian maritime port workers have denounced draconian “security” measures aimed at criminalizing their rights. Under the aegis of the “war on terror” of the Bush administration, the federal government announced by executive order on 16 November 2006 that maritime port workers in Canada will be required to pass background checks. News agency reports are vague about both the origin of the demand and the content of the new Marine Transportation Security Regulations. END_OF_DOCUMENT_TOKEN_TO_BE_REPLACED 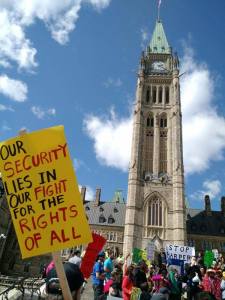 This raises the question: was this exercise a “preventive” exercise or a totally criminal blackmail of gigantic proportions? END_OF_DOCUMENT_TOKEN_TO_BE_REPLACED