Arrested men told Haitian police “they were on a mission, and they didn’t have to speak to [the police]… They said they were on a government mission” | “US officials deny any active covert operation on the ground in Haiti.” [1] 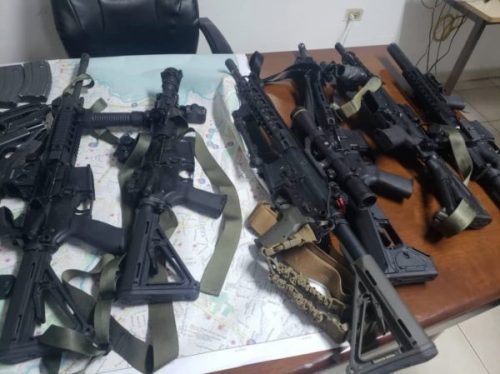 Cache of weapons seized in central Port-au-Prince, Haiti on February 17, 2019.

END_OF_DOCUMENT_TOKEN_TO_BE_REPLACED

MUNICH Feb. 18 (german-foreign-policy.com) – At the Munich Security Conference last weekend, the power struggle between Berlin and Washington openly escalated to an unprecedented level. US Vice President Mike Pence reiterated his ultimatum that Berlin and the EU immediately renounce their political and economic projects, which are not fully in accord with US policy, pertaining particularly to the Nord Stream 2 pipeline and the Iran nuclear deal. END_OF_DOCUMENT_TOKEN_TO_BE_REPLACED

43rd anniversary of Vietnamese people’s great victory over the US imperialists: The real American war in Viet Nam – ‘kill anything that moves’

Forty-three ago, the U.S. imperialists were resoundingly defeated by the heroic Vietnamese people, who had suffered greatly at the hands of the French colonialists and then the U.S. imperialists. Historic photos show the last of the U.S. invaders scrambling frantically to escape Viet Nam by helicopter, trying to save their worthless skins from the wrath of people’s war. END_OF_DOCUMENT_TOKEN_TO_BE_REPLACED

A third of the way into the 2017 Atlantic hurricane season, NOAA [the National Oceanographic and Atmospheric Administration of the U.S. Commerce Department] looked at the ocean and air temperatures and issued an ominous new forecast: the region would likely experience “an above normal hurricane season” that “could be extremely active,” with more named storms than previously expected — 14 to 19 this season — and two to five major hurricanes. END_OF_DOCUMENT_TOKEN_TO_BE_REPLACED

Haiti: The price of liberation

“Should I not let it be known to later generations that Alexander Petion is the true liberator of my country?” said Simon Bolivar, the Venezuelan leader who liberated South America from Spanish rule, to Alexandre Petion, the first president of Haiti. END_OF_DOCUMENT_TOKEN_TO_BE_REPLACED

71st anniversary of the Victory Over Fascism

The red flag is raised over the German Reichstag in Berlin by Red Army soldiers on May 2, shortly before the surrender of German forces in the city and the decisive victory over the fascists on May 9, 1945. | RIA Novosti

On May 9, 1945 the anti-fascist forces of the world with the Soviet Union and communists of all lands at the head of the Resistance Movement declared victory over the Hitlerite Nazis. On this memorable day 71 years ago, fascist Germany acknowledged defeat and declared unconditional surrender. END_OF_DOCUMENT_TOKEN_TO_BE_REPLACED

Before her assassination, Berta Cáceres singled out Hillary Clinton for backing Honduran coup 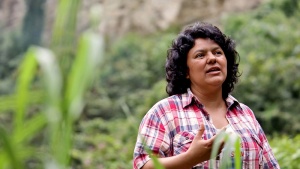 Berta Caceres at the banks of the Gualcarque River in the Rio Blanco region of western Honduras where she, COPINH (the Council of Popular and Indigenous Organizations of Honduras) and the people of Rio Blanco have maintained a two year struggle to halt construction on the Agua Zarca Hydroelectric project, that poses grave threats to local environment, river and indigenous Lenca people from the region.

Former U.S. Secretary of State Hillary Clinton is facing a new round of questions about her personal role in the 2009 coup in Honduras that ousted democratically elected President Manuel Zelaya. Since the coup, Honduras has become one of the most violent places in the world. Last week, indigenous activist Berta Cáceres was assassinated in her home. In an interview two years ago, Cáceres singled out Clinton for her role supporting the coup. “We’re coming out of a coup that we can’t put behind us. We can’t reverse it,” Cáceres said. “It just kept going. And after, there was the issue of the elections. The same Hillary Clinton, in her book, ‘Hard Choices”, practically said what was going to happen in Honduras. This demonstrates the meddling of North Americans in our country. The return of the president, Mel Zelaya, became a secondary issue. There were going to be elections in Honduras. And here she [Clinton] recognized that they didn’t permit Mel Zelaya’s return to the presidency.”