Fortress America: 62nd anniversary of NORAD – The demand to dismantle NORAD is more urgent than ever

The 62th Anniversary of NORAD on May 12 is a time to draw warranted conclusions about the nature of the military alliance. NORAD is always described as responsible for the defence of North America. NORAD was conceived and brought into being during the Cold War, which has long since ended. Its survival is now justified by claiming the danger is from “rogue states.” However, NORAD, like NATO is an aggressive military alliance. From our archives: “Fortress America: 60th anniversary of NORAD – The demand to dismantle NORAD is more urgent than ever” 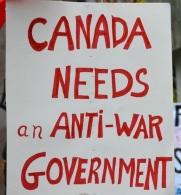 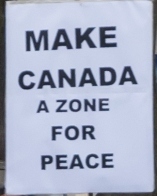 This year marked the 60th anniversary of the North American Aerospace Defence Agreement (NORAD) signed on May 12, 1958. It is the arrangement through which, along with the North Atlantic Treaty Organization (NATO) founded on April 4, 1949, the Canadian armed forces are integrated into those of the U.S. and put under U.S. command. END_OF_DOCUMENT_TOKEN_TO_BE_REPLACED

Germany: A permanent base in the Middle East

BERLIN/BAGHDAD/AL AZRAQ (September 18) – Berlin is considering the establishment of a permanent Bundeswehr base in the Middle East, German Defence Minister Ursula von der Leyen said during her recent visits to Jordan and Iraq. German Armed Forces could be stationed at Jordan’s Al Azraq Airbase for an extended period in relative proximity to Iraq – similar to the US Persian Gulf bases. END_OF_DOCUMENT_TOKEN_TO_BE_REPLACED

How the New York Times partook in the plunder of Iraq

Who gave permission to the New York Times to remove thousands of ISIL files from Iraq? | SINAN ANTOON* 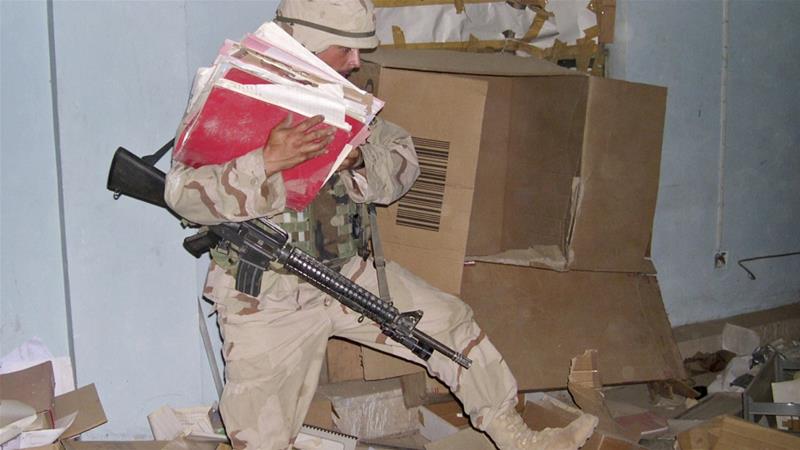 Many of the precious objects displayed in the global north’s major museums were plundered from their home in the global south. The dubious itinerary and the illegal and unethical practices that facilitated the plunder cannot be found in the laconic texts accompanying these exhibited objects. END_OF_DOCUMENT_TOKEN_TO_BE_REPLACED

Since September 11, 2001, Canada has consistently been expanding its foreign military and police presence in Central and West Asia under U.S. and NATO command. While openly participating in the invasion of Afghanistan, the Chrétien Liberal government would not openly join the “Coalition of the Willing” and provide more than a handful of troops for the U.S. invasion of Iraq in 2003, despite having provided troops, warships and jets during the previous U.S. invasion of Iraq – the Persian Gulf War. The Trudeau government has now taken up the challenge to provide an air of legitimacy for Canada’s ongoing military actions in Iraq and their expansion. On June 29, the Trudeau government announced that its mission in Iraq would be extended for two more years and that the mission would be “adjusted.” This is a far cry from its election claim that it would end Canada’s combat mission in Iraq, giving the impression that it was against foreign military escalation. Shortly after being elected, the Trudeau government launched a new mission in the Middle East, focusing on Iraq and neighbouring countries such as Jordan and Lebanon. END_OF_DOCUMENT_TOKEN_TO_BE_REPLACED

It is very distressing to many Canadians to see the Minister of Canadian Heritage Mélanie Joly and Minister of Innovation, Science and Economic Development Navdeep Bains twittering like tweens from Washington with those they clearly consider to be the heroes of modern American history, war criminals Henry Kissinger and Colin Powell. It brings the Trudeau government no honour to portray people such as these as someone to emulate. END_OF_DOCUMENT_TOKEN_TO_BE_REPLACED

Flashback: The day the war broke out

Halifax, March 20, 2003. Hundreds upon hundreds of people take to the streets to condemn the U.S. invasion of Iraq the night before.

In this article from our archives, TONY SEED chronicles the response of Haligonians – and authority – to the first day of the U.S. war against Iraq. Similar demonstrations take place in Shelburne, Wolfville and Antigonish and a silent vigil in Sydney, Cape Breton, as well as in Fredericton, New Brunswick (see below), across Canada and around the world. History shows the correctness of this just stand. The war and ensuing occupation, endorsed and supported by the Chrétien government and every daily newspaper in Canada, caused a terrible tragedy for the people of Iraq and West Asia (Middle East): the number of Iraqis slaughtered is an estimated 1,455,590 people. From reports submitted to Shunpiking Magazine and TML Daily.

(HALIFAX, 20 March 2003) – TODAY a mass democracy meeting broke out at Dalhousie University on Canada’s Atlantic coast against Bush’s barbarous war against Iraq, beginning a day of mass opposition and upheaval that swept across the nation, from east to west, continuing a wave of protest unfolding around the globe, first Oceania, then Asia, the Middle East and Europe and onto the Americas as surely as the earth travels around the sun. END_OF_DOCUMENT_TOKEN_TO_BE_REPLACED

An Iraqi historian, US veterans, the Iraq War and a US classroom

This is what happens when an historian from Iraq teaches American veterans of the Iraq War in a US classroom. Ibrahim Al-Marashi END_OF_DOCUMENT_TOKEN_TO_BE_REPLACED

Tagged as History, Iraq Veterans Against the War, Veterans, War in Iraq