Constituting the fascist state as a legal regime 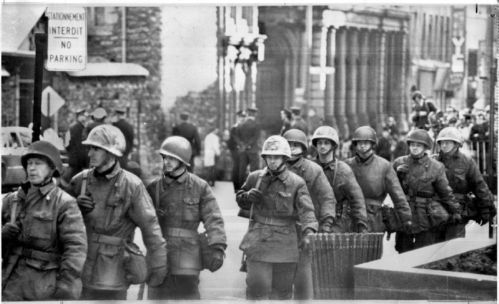 Forty-eight years ago on October 16, 1970, the federal Liberal government led by Pierre Elliott Trudeau invoked the War Measures Act. Trudeau declared a state of “apprehended insurrection” in response to kidnappings and mailbox bombings taking place in Quebec. The War Measures Act gave the police the power to act without warrants and to detain people indefinitely without charges or trial.

Even before Trudeau put in force the War Measures Act, the police had already carried out more than 1,000 raids from October 7 to 10. Also, using the provisions of the National Defence Act, the federal government deployed the army on the streets in Ottawa on October 12 and in Montreal three days later. On October 13, 1970 in front of Parliament, a reporter asked Trudeau how far he would go in suspending democratic rights. The Prime Minister replied, “Just watch me.”

Upon invoking the War Measures Act, the military appeared in force in Quebec in full combat gear. The police carried out a further 3,068 raids and searches without warrants, arrested 465 additional people and held them without charges. The vast majority of the people arrested were eventually released without charge after 21 days while the rest were detained for longer periods. 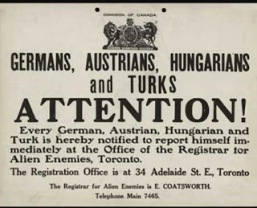 The War Measures Act was first adopted in 1914 after the outbreak of the First World War, and gave sweeping emergency powers to the federal Cabinet, allowing it to govern by decree if it perceived the existence of “war, invasion or insurrection, real or apprehended.” The Act stayed in force in Canada from 1914-1920. With the victory of the Bolshevik Revolution in 1917, additional regulations and orders were added, forbidding membership in communist and socialist organizations.

The Mackenzie King federal government also put the War Measures Act into force immediately following the August 23, 1939 signing of the Molotov-Ribbentrop Non-Aggression Pact in Moscow. The Soviet Union signed the Pact with Germany to give itself additional time to prepare for an eventual attack by the Hitlerite Nazis, which occurred on June 22, 1941, as predicted. On the same day the Non-Aggression Pact was signed, the King government announced that provisions of the War Measures Act would be enacted again in Canada, if necessary. Two days later, the government declared a state of apprehended war and the Defence of Canada Regulations, drafted only a month previous, were instituted under the War Measures Act. Canada declared war against Germany on September 10, 1939 following the September 1 Nazi invasion of Poland and after similar declarations of war by Britain and France.

The Emergency Powers Act, an offshoot of the War Measures Act, was put in force from 1951-54, during the U.S.-led aggression against the Korean people. In 1988, the Mulroney government replaced the War Measures Act with the Emergencies Act. The Emergencies Act (French: Loi sur les mesures d’urgence) (the Act) is an Act of the Parliament of Canada to “authorize the taking of special temporary measures to ensure safety and security during national emergencies and to amend other Acts in consequence thereof.” 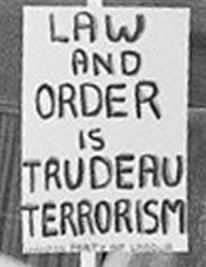 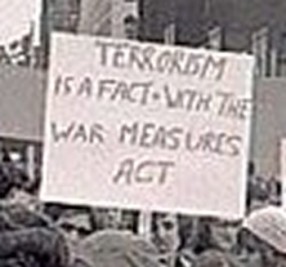 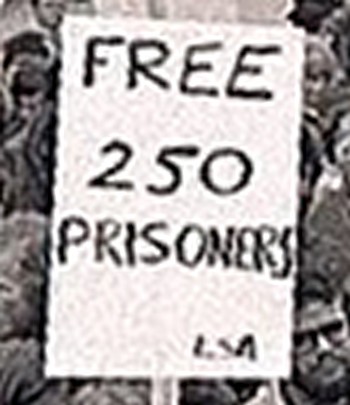 Pierre Trudeau’s invoking of the War Measures Act in 1970 was in the context of a growing movement to assert the right of the nation of Quebec to self-determination. The Quebec movement for empowerment was an expression of an all-sided awakening of workers, women and youth to claim the rights that belong to them by virtue of their being. The Trudeau Liberal government elected two years before was brought in with the agenda to create “a just society” precisely to divert the movement of the people in Quebec and across Canada to empower themselves. (Some sardonically referred to it as a “just for the rich society.)

Trudeau brought in a retrogressive definition of rights based on “checks and balances.” By the end of his tenure, the Charter of Rights and Freedoms was enacted. The Charter ostensibly enshrines rights but in fact enables their circumscription by declaring rights have “reasonable limits prescribed by law as can be demonstrably justified in a free and democratic society.” Who defines these “reasonable limits” and under what circumstances can rights be suspended have been brought before the constitutional courts repeatedly and without resolution ever since the Charter of Rights was included in the Constitution.

More importantly, the constitutionally declared “reasonable limits prescribed by law” has led to a situation in which governments use their Parliamentary majorities, or through collusion with other parties, to pass laws that sanction the violation of rights. This commits the fraud that violations of rights has passed into law and is now legal and not above the law. In other words, the proscription of rights by taking on dictatorial powers, which fall outside the rule of law and used to be limited by law, is made “reasonable” and “legal” through Parliament. In this way, a fascist state constitutes a legal regime that deprives the people of the rights that belong to them by virtue of being human. 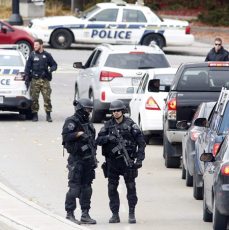 In 2017, the Justin Trudeau Liberal government introduced Bill C-59, an Act respecting national security matters, in the House of Commons on June 20. The act broadly expands secret police powers and proposes to enshrine these and the powers of previous security bills as part of the rule of law and make them constitutional.

The proposed measures of the Justin Trudeau government are an insult to the hundreds of thousands of Canadians who took action to stop and repeal the previous Harper legislation Bill C-51, the Anti-Terrorism Act, 2015.

Similar to Bill C-51, Trudeau’s Bill C-59 is an omnibus bill that amends or enacts various laws making many changes to the powers of the security agencies. Far from responding to the clearly-expressed demand to repeal Bill C-51, the Liberals’ new police state bill responds instead to the demands of the secret agencies within the imperialist system of states to maintain and enhance their powers. The claim that changes to existing laws proposed in Bill C-59 “support the consistency of these powers with the [Charter of Rights and Freedoms],” merely shows that the Charter itself is subordinate to the police powers and their “reasonable limits” decided by the state, not the people. 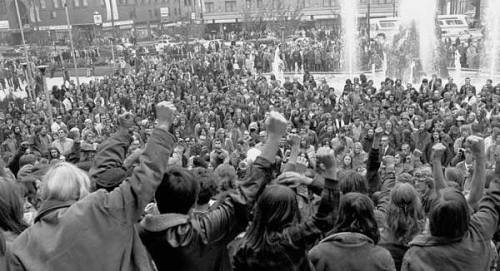 One response to “This day. Trudeau invokes the War Measure’s Act”