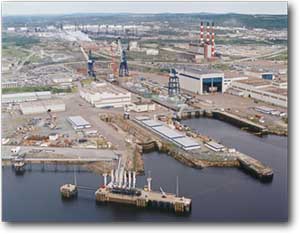 This article raises one of the most disturbing developments that has taken place recently. This is the policy of some trade unions to push for militarization of the economy and mobilization of the workers to become advocates of this policy. Of course, this is justified by claiming that it creates jobs. Job creation through war – it is hard to believe anybody could be so selfish to promote such a thing. But why would a worker think in such a manner? Creating a job in one sector while eliminating it in another, and all the while bringing the world closer to war, could not by any stretch of the imagination be in favour of workers. We, on our part, would never support the view that we should be joyous over the creation of any job, no matter what that job is for. | A. ROSNER END_OF_DOCUMENT_TOKEN_TO_BE_REPLACED