Event. Actions in Halifax and throughout the world against NATO

All Out to Oppose Aggressive War and Intervention!

Canada Out of NATO! Hands Off Venezuela!

Organized by No Harbour For War & Halifax Peace Council

The aggressive military alliance NATO is holding a summit in Washington, DC the week of March 30 to April 7 on the occasion of the 70th anniversary of its founding. Actions will be taking place in Washington, DC and around the world against NATO and to oppose current plans to invade Venezuela. In addition to the March 30 demonstration, conferences and street actions are taking place through the week. END_OF_DOCUMENT_TOKEN_TO_BE_REPLACED

Disinformation that Huawei 5G Network is a threat to national security. Second of two parts. Part One is here. | LOUIS LANG 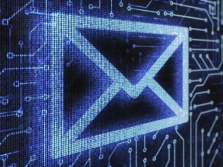 The U.S. is making the penetration of Huawei’s 5G network in the North American market an issue of the “danger of Chinese espionage which is a security threat for the whole world.” It is part of the fierce competition in the telecommunications field amongst the largest telecommunications companies, in which the U.S. seeks to maintain its dominance through its links with the oligopolies that are already directly linked to the U.S. military and security apparatus. END_OF_DOCUMENT_TOKEN_TO_BE_REPLACED

The attacks against Huawei and individual officers of the company come at a time when inter-monopoly competition in the high-tech communications sector becomes fiercer each day. Invoking the rule of law to justify Canada’s arrest of a Huawei executive rings hollow when we see the elaborate international U.S. campaign to discredit and undermine Huawei. This includes international political and military threats designed to intimidate countries to stop them from incorporating Huawei technologies in their 5G networks. END_OF_DOCUMENT_TOKEN_TO_BE_REPLACED

Refusal to uphold international rule of law is a serious matter of concern | Three articles from TML Weekly, John Pilger and Craig Murray

Protest outside British Parliament after a court ruling barring Chagos Islanders from returning to their homeland, October 22, 2008.

TML Weekly welcomes the February 25 ruling of the International Court of Justice (ICJ) on the Chagos Islands. In a majority decision of 13 to 1, with all the judges from EU countries amongst those finding against the UK, the ICJ ruled that the continued British occupation of the Chagos Islands is illegal and ordered the UK to return the islands to Mauritius “as rapidly as possible.” The islands were seized by the British in 1965 and the people forcibly removed in 1971 to permit the U.S. to build a military base on the island of Diego Garcia. This base plays a criminal role in the U.S. striving for world hegemony. END_OF_DOCUMENT_TOKEN_TO_BE_REPLACED

David Wise: Journalist and historian – author of ‘The Invisible Government’

David Wise–the prize-winning journalist and author who in 1964 co-wrote one of the first best-selling history books critical of the CIA–passed away on October 8th, 2018, in Washington, DC. He was 88.

Co-written with fellow journalist Thomas B. Ross, The Invisible Government became a best-seller with its revelations of — until then — secret CIA operations in Iran, Guatemala, and other countries. END_OF_DOCUMENT_TOKEN_TO_BE_REPLACED

Canada is trying to position Juan Guaidó in the Caribbean to the detriment of the constitutional government of Nicolás Maduro. The U.S. needs to break Venezuela’s strategic alliance with Caribbean nations and shift the voting balance in the Organization of American States. Canada, which has meddled in the British West Indies with “aid” and warships for decades, is sent as its errand boy to pull the chestnuts out of the fire. Yet the Liberal duplicity and intrigue is to feign that it is merely acting in a disinterested manner at the request of the same Guaidó. According to this fable, Guaidó himself is not able to make such an overture! A document from Global Affairs admits “there has been no consensus among the countries of the America.” | Misión Verdad

Meeting of Caricom, February 26-27 in St. Kitts-Navis reiterated their rejection of outside interference in Venezuela.

The online Misión Verdad periodical has access to a confidential document (“Non-Paper”) drafted by the government of Canada, led by Justin Trudeau, with which they tried to build a bridge of contact between the president of Venezuela’s National Assembly (in contempt) and some countries of the Eastern Caribbean by proposing an instrument to displace Petrocaribe. END_OF_DOCUMENT_TOKEN_TO_BE_REPLACED

NATO. The price of US ‘protection’ soars

(March 12) – The United States will no longer consider its allies as protectorates. Therefore, they ask them to pay the cost of their protection, otherwise they will withdraw. This was announced by President Trump on January 17 at the Pentagon, which was presented in February at NATO, but was released only this week. A decision that applies to all allies, from Japan to Germany. The problem is that Washington is also asking its allies to align with its positions … as they did as protectorates. END_OF_DOCUMENT_TOKEN_TO_BE_REPLACED