Drum beats of war against Russia

Many commentators have torn to shreds the assertions of the British government that Sergei Skripal[1] and his daughter Yulia were poisoned by a nerve agent called Novichok, and that the Russian government was directly involved | WORKERS’ WEEKLY*

Added to this are the recent allegations that the Syrian government has launched chemical warfare attacks on its citizens in the city of Douma, an area about six miles to the north-east of Damascus, which the Syrian army has just liberated from “rebel” factions. Although the imperialists are targeting Assad, as they have done for several years under their programme of “regime change” and destruction of nations, here again Russian backing of Assad is what is being portrayed as the main culprit.

This of course not the first time that the pretext of the use of chemical weapons has been used to justify missile strikes and military intervention. In April last year, Trump used the alleged targeting of chemical weapons on Syrian civilians which he blamed on Syrian President Bashar Al Assad, to launch Tomahawk missiles from US destroyers in the Mediterranean against Syria, following the deployment of thousands of US ground troops. In December 2015, RAF Tornado jets also carried out their first air strikes.[2]

When the Soviet Union and the Eastern bloc countries fell in the 1989-1991 years, after the period of the 1980s when the world was going through a profound turning point, there was much talk of the end of

the Cold War and the “peace dividend” this was going to bring. Of course, this “peace dividend” failed to materialise, and from the 1990s onward, the forces of reaction have held the initiative. Nevertheless, the people’s forces themselves have stepped up their resistance to neo-liberalism and the anti-social offensive. In particular, the people have constantly mobilised against the warmongering and militarisation of the imperialist system of states.[3] This has pointed the way forward to the necessity to establish an anti-war government, and in Britain for the working class and people to settle scores with their pro-war governments. This is what faces them now, as Theresa May and her Cabinet declare that they are ready, in tandem with France, to take their lead from the US regime in committing aggression against Syria.

How is it imagined that bombing Syria as revenge or alleged punishment will sort out any problem whatsoever? How is it that Syria is selectively chosen for air strikes? The US and its allies have been bombarding what they call Daesh positions inside Syria since September 2014 without any authorisation from the Damascus government or a UN mandate. The strikes have on many occasions resulted in civilian casualties and failed to fulfil their declared aim of countering terrorism. In fact undeclared warfare is taking place, particularly throughout the Middle East, and the US, Britain and other big powers are colluding and contending for influence and domination. This risks an escalation into a very dangerous conflict between the big powers and Russia in particular. The European Union is also being urged to establish a “military Schengen Area”, at the behest of NATO, to counter “Russian aggression”. Is this the ultimate aim of this warmongering? How is this of benefit to humanity? 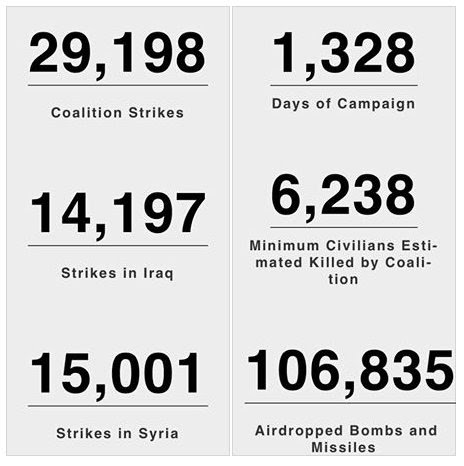 The US and its allies have been bombarding what they call Daesh positions inside Syria since September 2014 without any authorisation from the Damascus government or a UN mandate.

This is what is meant by a Cold War mentality: pose those that threaten your domination as the enemy, declare that only those that share your values are worthy human beings, stage provocations that others are aggressive, allege that extremist ideology is the threat to humanity. This poses the necessity for the people to constitute themselves as a power in their own right. The apocalypse of war is not a necessity if the people constitute themselves as the power for peace. The issue is not one of taking sides for or against Russia, for example.

In the present situation, the resistance of the people, fighting against war, is characterised by doing everything possible now to stop a further attack on Syria by the US-led big powers. Of crucial importance is to build the anti-war movement, to activate the human factor. There is an important campaign spearheaded by the Stop the War Coalition for everyone to lobby their local MPs to demand that a vote be taken on any proposal to use military arms to force a regime change in Syria. Demonstrations are taking place outside Downing Street, which we call on anyone who can to participate in. On April 13, a letter is being handed in at Downing Street signed by MPs, trade unionists, celebrities and academics to urge Theresa May to refrain from joining Donald Trump in escalating the war in Syria. Protests taking place over the weekend include those in Norwich, Nottingham, Sheffield, Edinburgh and Cardiff, as well as street stalls in many other places.

These are important actions, since although the US, Britain and other powers have been intervening in Syria for many years without authorisation from the Syrian government and with no legal authorisation from the United Nations, the recent hysteria has reached a high pitch in a short period of time. This contrasts with the events of 2003, when war criminal Tony Blair attempted to prepare the ground with fraudulent dossiers and other means to win public opinion behind armed intervention in Iraq. This has been farcically echoed by the Theresa May government with the anti-Russian accusations in the far-fetched Skripal poisoning case. Russia and chemical weapons are supposed to connect this and Syria in the public mind. 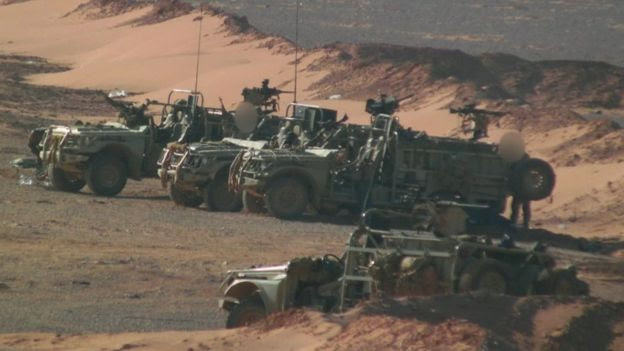 Tony Blair had joined the “coalition of the willing” in invading and creating chaos and bloodshed in Iraq for which the people have been paying ever since. And this was despite the millions that took to the streets to stop the war. The lesson for the people is that these rotten scenarios of warmongering by such as Blair and May who claim to be representatives of the people in a representative democracy, but actually represent private interests in the name of the state, must be consigned to the past. As was so prominent 15 years ago, it is fundamental that in their warmongering they do not act in our name! In fighting for peace, the people must get organised with a view to the necessity of political power to bring about an anti-war government that acts for peace, eschews the use of force in international relations, and transforms society in establishing relations that favour the people.

No to Air Strikes against Syria!
Oppose All British Military Intervention!
Not In Our Name!
All Out for an Anti-War Government!

1. Sergei Viktorovich Skripal is a former Russian military intelligence officer who acted as a double agent for the UK’s intelligence services during the 1990s and early 2000s. In December 2004, he was arrested by Russia’s Federal Security Service (FSB) and later tried, convicted of high treason, and sentenced to 13 years in prison. He settled in Britain in 2010 following the Illegals Programme spy swap. On March 4, 2018, he and his daughter Yulia, who was visiting him from Moscow, were found “slipping in and out of consciousness on a public bench” near a shopping centre in Salisbury by a doctor and nurse, who were passing by.

2. Special forces from Britain have been operating in Syria since June 2016, according to a BBC report from the time. They were equipped with long range patrol vehicles, sniper rifles, heavy machine guns and anti-tank missiles.

To February 28, 2018, an overall total of between 17,348 and 25,800 civilian non-combatant fatalities had been locally alleged from 2,475 separate reported Coalition incidents, in both Iraq and Syria. Of these, Airwars presently estimates that a minimum of 6,238 to 9,582 civilians are likely to have died in Coalition actions. However, some caution is needed given the significant challenges of casualty verification at present.

*Workers’ Weekly is a publication of the Revolutionary Communist Party of Britain (Marxist-Leninist). (April 14, 2018)