The United States dominates the global arms trade in a historic fashion and nowhere is that domination more complete than in the Middle East | WILLIAM D. HARTUNG 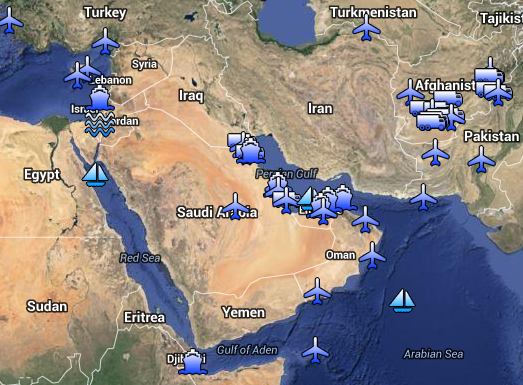 Infrastructure of US bases in the Middle East | David Vine

The United States has the dubious distinction of being the world’s leading arms dealer. It dominates the global trade in a historic fashion and nowhere is that domination more complete than in the endlessly war-torn Middle East. There, believe it or not, the U.S. controls nearly half the arms market. From Yemen to Libya to Egypt, sales by this country and its allies are playing a significant role in fuelling some of the world’s most devastating conflicts. But Donald Trump, even before he was felled by Covid-19 and sent to Walter Reed Medical Center, could not have cared less, as long as he thought such trafficking in the tools of death and destruction would help his political prospects. END_OF_DOCUMENT_TOKEN_TO_BE_REPLACED

The morning after President Donald Trump committed to recognizing Israeli sovereignty over parts of the West Bank during the release of his much-awaited Middle East peace plan, Palestinians protested the deal that would annex the Jordan Valley, the breadbasket of their territory, by motoring trackers through an Israeli checkpoint. END_OF_DOCUMENT_TOKEN_TO_BE_REPLACED 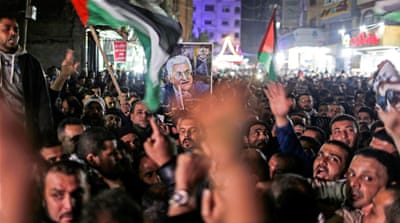 It is easy to place all the blame on the current US administration, setting apart dodgy characters such as the President’s son-in-law, Jared Kushner, as the man who has single-handedly diminished any real chances for a just peace in Palestine and Israel. END_OF_DOCUMENT_TOKEN_TO_BE_REPLACED

No to the imperialist US-Israeli “Deal of the Century!” End Israeli occupation of Palestine!

Defend and support the Palestinian people’s heroic resistance to occupation!

The Communist Party of Canada (Marxist-Leninist) resolutely condemns “Peace to Prosperity: A Vision to Improve the Lives of the Palestinian and Israeli People,” put forward by President Donald Trump on January 28 as a provocation and act of violence against the Palestinian people. It is aimed at extinguishing their rights, particularly the right of return, a collective right which has been affirmed year after year by the United Nations General Assembly. By proposing that the more than 7 million Palestinians, including those in Gaza and the West Bank, be settled in what will be a bantustan in Gaza, in the countries where they are now living or in some other state that the U.S. will generously broker, the aim is to extinguish the historical memory of the Palestinian people and their decades-long struggle for their rights so gloriously expressed in the “Great March of Return” in Gaza in 2018 to 2019. END_OF_DOCUMENT_TOKEN_TO_BE_REPLACED 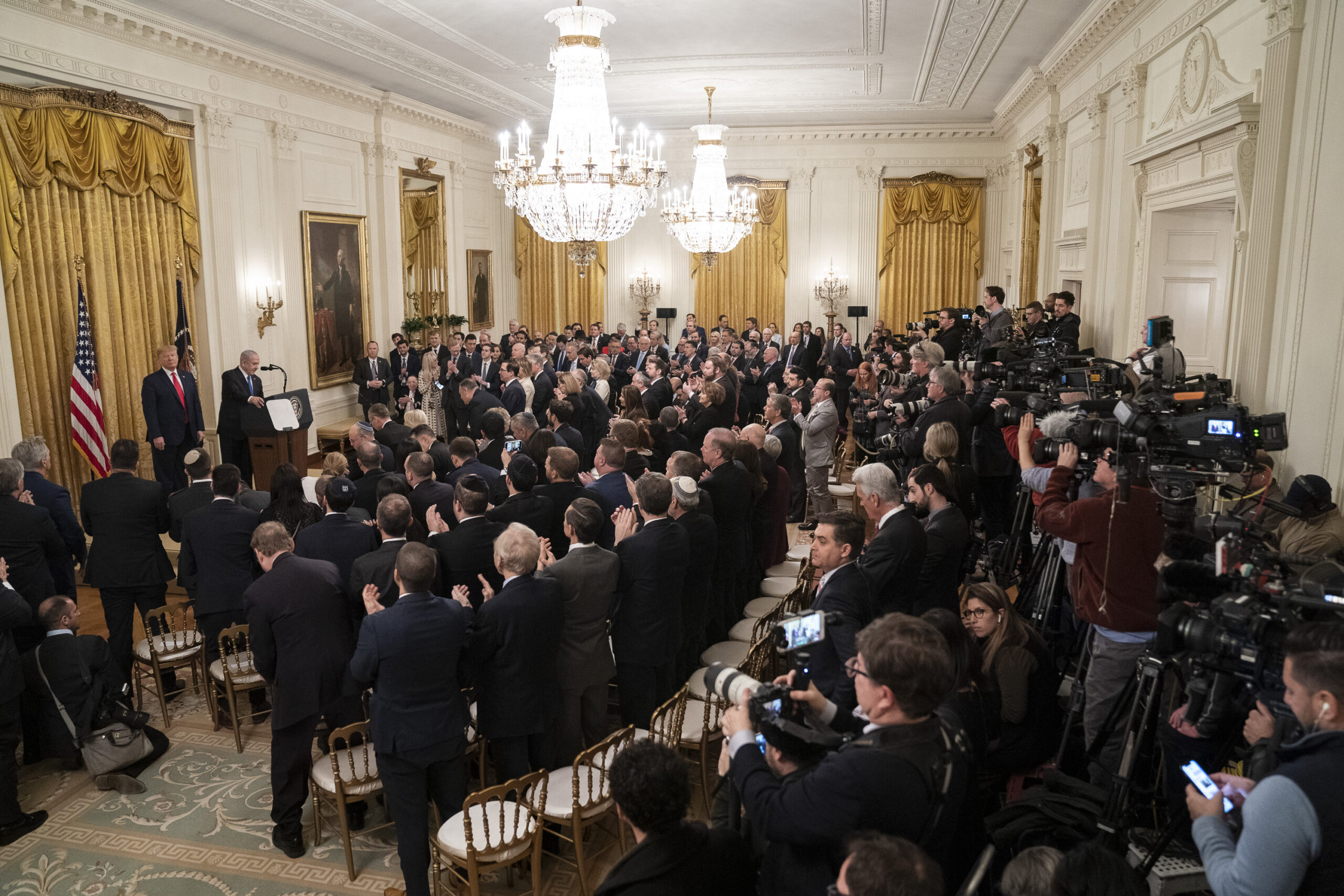 They all know that by solving the conflict, once and for all, they would manage a secure place for their names in history. And for many of the biblically-minded presidents there are also religious motivations in associating their names with “peace plans” which aim to reward or elevate the status of biblical Israel. (Jimmy Carter in his book, “The Blood of Abraham,” could not distinguish between the modern occupation state of Israel, and Israel of the Bible.) END_OF_DOCUMENT_TOKEN_TO_BE_REPLACED

Kushner as a colonial administrator: Let’s talk about the “Israeli model” 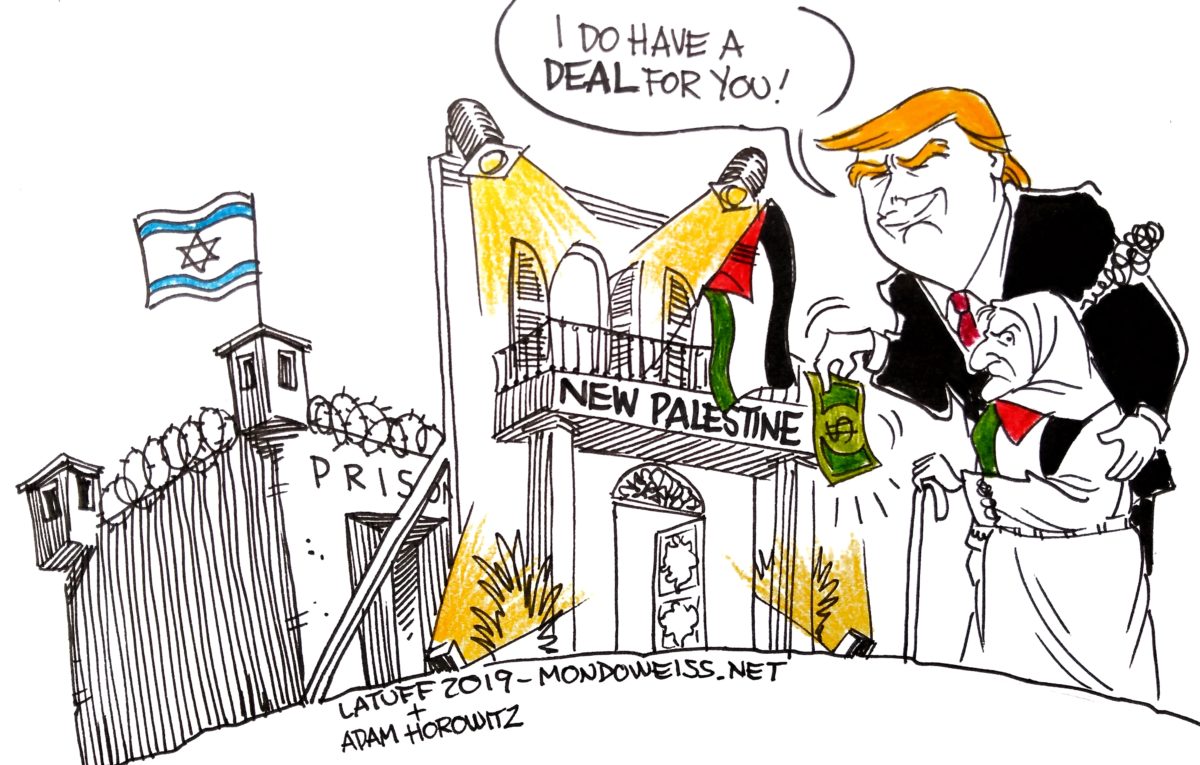 In a TV interview on June 2, on the news docu-series Axios on the HBO channel, Jared Kushner opened up regarding many issues, in which his “Deal of the Century” was a prime focus.

The major revelation made by Kushner, President Donald Trump’s adviser and son-in-law, was least surprising. Kushner believes that Palestinians are not capable of governing themselves. END_OF_DOCUMENT_TOKEN_TO_BE_REPLACED

The Economic Plan: Try to buy the Palestinian people 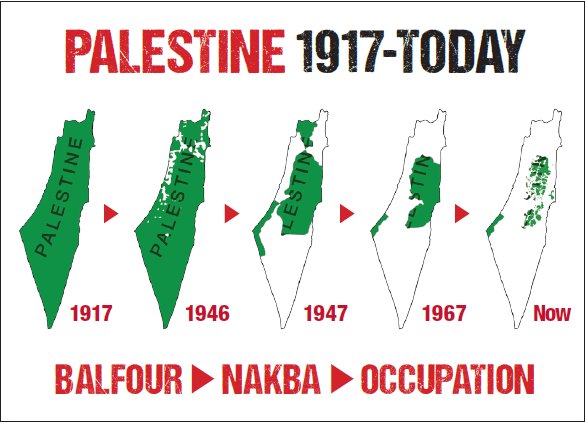 On Saturday, June 22, the administration of President Donald Trump disclosed details of a proposed economic plan titled, “Peace to Prosperity – The Economic Plan: A New Vision for the Palestinian People.” This plan is the focus of the Bahrain conference on Tuesday and Wednesday.

Unsurprisingly, this so-called “new vision” did not come from the Palestinian people. END_OF_DOCUMENT_TOKEN_TO_BE_REPLACED

Trump’s Deal of the Century: Resurrecting the PLO Is Palestine’s best response

Palestinian groups, Fatah, Hamas and others should not confine themselves to merely rejecting the Trump Administration’s so-called ‘Deal of the Century.’ Instead, they should use their resistance to the new American-Israeli plot as an opportunity to unify their ranks. END_OF_DOCUMENT_TOKEN_TO_BE_REPLACED

The illegitimate State of Israel: Plan Dalet – Master Plan for the Conquest of Palestine 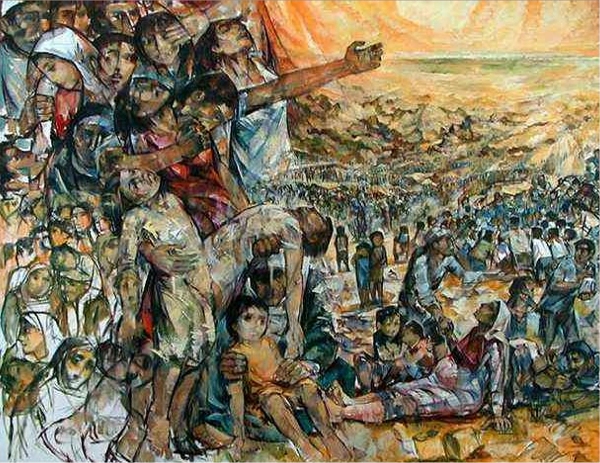 The Road to Nowhere by Ismail Shammout 1930-2006, whose family was expelled from Lydda in 1948. The plight of the refugees is depicted in many of his most famous paintings | Displaced Palestinians

On May 14, 1948, the Zionist state of Israel was established by unilateral declaration in defiance of the United Nations and international law. It was established on the basis of 33 massacres and the dispossession and mass expulsions of the Palestinian people from their land by the foreign-armed Zionist state and its militias. Some 750,000 Palestinians were forced to flee, registered as refugees with the United Nations. Contrary to the disinformation on the issue which insists that the Palestinian exodus was due to orders broadcast to them by their leaders – to deny the people the right of return – these actions were the consequence of a strategic master plan. We are reproducing a seminal work  by Prof.  WALID KHALIDI originally published in 1961, which exposed for the first time the full extent and criminality of Plan D (for Dalet), as well as a new introduction he wrote in autumn 1988 on the anniversary of the UN Partition resolution. END_OF_DOCUMENT_TOKEN_TO_BE_REPLACED 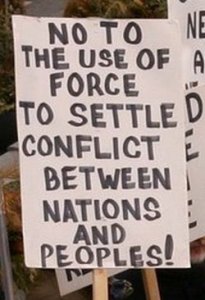 ROME (March 13) – In 2006, Israel attacked Lebanon, hoping to crush Hezbollah and provoke a reaction from Syria. It is now preparing a new attack on Lebanon, hoping this time to trigger a riposte from Iran. In both cases, the game is rigged, because Israel depends on the United States. This scenario is the theme of the Juniper Cobra 2018 exercises

During the first half of March, two major war exercises are underway – one in the Mediterranean off the coast of Sicily, the other in Israel – both led and supported by USA/NATO commands and bases in Italy. END_OF_DOCUMENT_TOKEN_TO_BE_REPLACED

For the record regarding Jerusalem (al-Quds)

US president Donald Trump has declared Jerusalem the capital of Israel and even “the eternal capital of the Jewish people.” Israeli Prime Minister Netanyahu invokes the bible in hailing Trump’s outrageous declaration. END_OF_DOCUMENT_TOKEN_TO_BE_REPLACED

Sighting (photo supplement): Hands off Jerusalem! Affirm the rights of the Palestinian people!

The Palestinian people have risen in a mighty storm, supported by the peoples of the world, against the declaration by U.S. President Donald Trump that the U.S. considers Jerusalem (Al Quds) to be the capital of Israel. We stand as one with the heroic Palestinian people and their resistance to the Zionist occupation and U.S. attempts to control the affairs of all peoples or destroy what they cannot control. Strikes and days of rage are underway across Palestine, with courageous men, women and youth confronting the Israeli Occupation forces. Solidarity protests are being held outside U.S. embassies and consulates worldwide. Join In! END_OF_DOCUMENT_TOKEN_TO_BE_REPLACED