(September 25) – The scene: a British nuclear submarine. A detective has been sent to investigate the death of a sailor. When she asks the Naval Commander why there needs to be so much secrecy, as Britain is not at war, he responds “That is an illusion. We have always been at war.”

END_OF_DOCUMENT_TOKEN_TO_BE_REPLACED 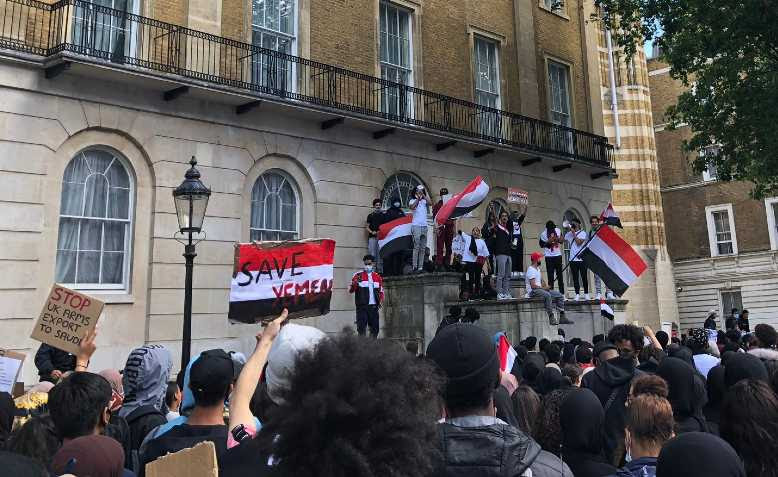 Protests took place around the country to highlight and condemn the atrocities of the Yemen war, which has now been raging for five years. Hundreds of young people marched on July 5 through central London in solidarity with the millions of Yemenis suffering the evils of war, in addition to cholera, famine and Covid-19. END_OF_DOCUMENT_TOKEN_TO_BE_REPLACED

Here is the full transcript. END_OF_DOCUMENT_TOKEN_TO_BE_REPLACED

BBC’s use of fake images extends to natural history 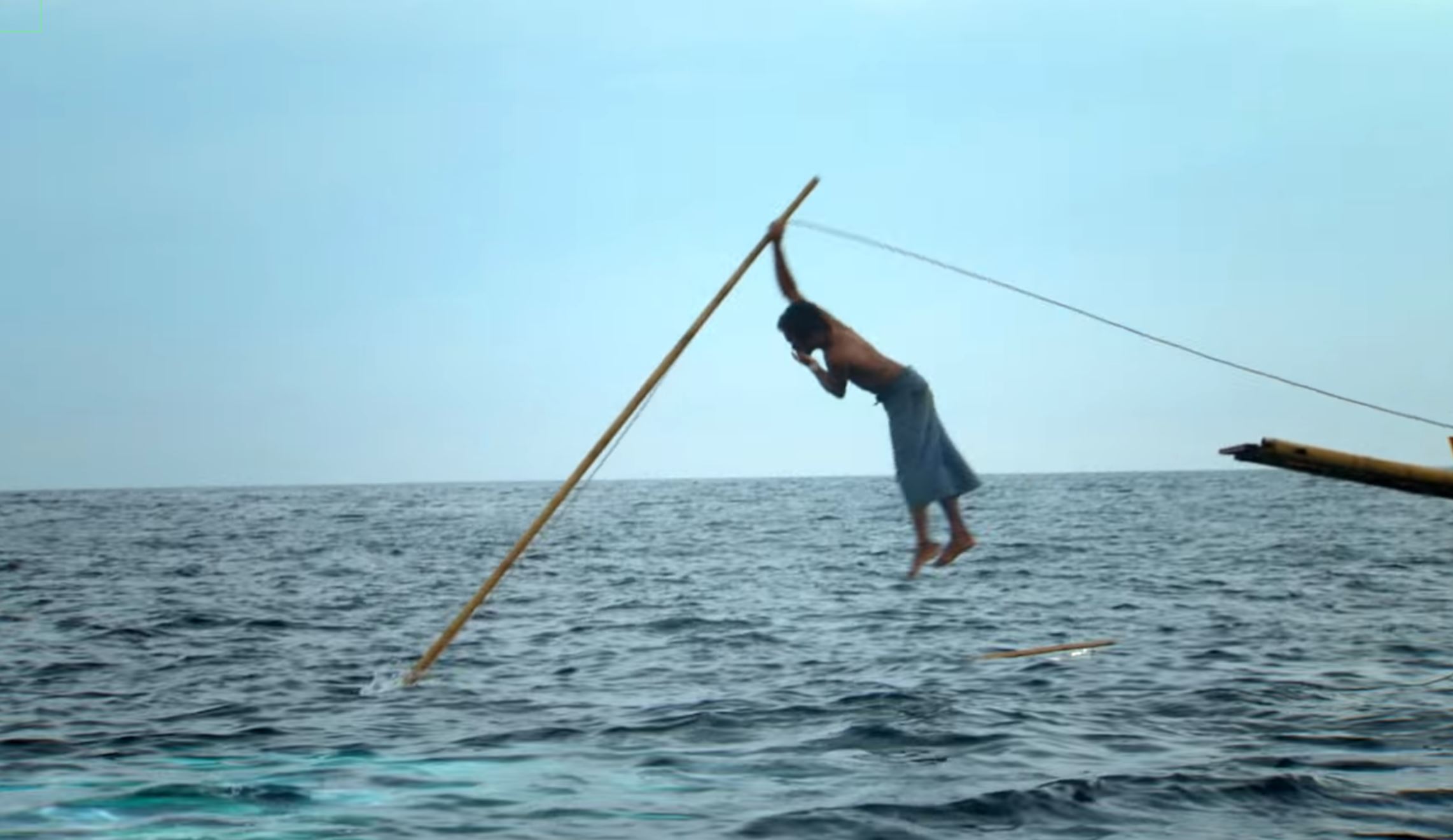 The footage that embarrassed the BBC

The BBC is to launch a review into the Human Planet natural history series where four faked scenes have been exposed. END_OF_DOCUMENT_TOKEN_TO_BE_REPLACED

How not to do an interview with the media: A confession by Amira Hass

Barriers near to the main entrance of the BBC headquarters and studios in Portland Place, London, Britain, July 16, 2015. | Peter Nicholls/ REUTERS

Many people, including activists and trade unionists, get sucked into “discussing” with the monopoly media – on its terms – instead of working out an independent approach and style to convey the essence of their message. This happened recently between the BBC and AMIRA HASS, an author and experienced journalist with Haaretz, a liberal Zionist newspaper in Israel. And one who, nevertheless, calls “the BBC, a Broadcaster in Israel’s Pocket.” It is reposted here as a negative example, as her expectations seem to have been to be treated as a colleague. END_OF_DOCUMENT_TOKEN_TO_BE_REPLACED

Why the British said No to Europe

JOHN PILGER argues that the referendum result represents a deeper, more dynamic anger than the reasons rehearsed by politicians and the media and offers a glimpse of hope.

The majority vote by Britons to leave the European Union was an act of raw democracy. Millions of ordinary people refused to be bullied, intimidated and dismissed with open contempt by their presumed betters in the major parties, the leaders of the business and banking oligarchy and the media. END_OF_DOCUMENT_TOKEN_TO_BE_REPLACED

Israel’s investigations into its own crimes aren’t known for delivering guilty verdicts. END_OF_DOCUMENT_TOKEN_TO_BE_REPLACED

John Pilger: How the media promotes the lies leading to catastrophic war

The world faces the prospect of major war, but the truth is turned upside down and inside out by journalists, including those who promoted the lies that led to the Iraq bloodbath. JOHN PILGER*

John Pilger talks to the media after meeting with Julian Assange at the Ecuadorian Embassy, where he has been seeking asylum for over two years.

WHY HAS SO MUCH journalism succumbed to propaganda? Why are censorship and distortion standard practice? Why is the BBC so often a mouthpiece of rapacious power? Why do the New York Times and the Washington Post deceive their readers? END_OF_DOCUMENT_TOKEN_TO_BE_REPLACED

(May 23) – Results from a Scottish academic study into referendum output on the BBC’s flagship morning news programme Good Morning Scotland has revealed news headlines and interviews skewed in favour of the No campaign.

According to the month long study, referendum coverage was more likely to lead with a story favouring the No campaign than one favouring Yes.  The study also found a tendency on the part of interviewers to adopt a more aggressive stance with Yes figures than when interviewing their No campaign counterparts. END_OF_DOCUMENT_TOKEN_TO_BE_REPLACED

Over 1,000 Scots demonstrate outside the BBC building in Glasgow ahead of the Scottish referendum | Andrew Milligan/PA

Campaigning in Scotland‘s referendum reached a new intensity on the final Sunday before the referendum, with thousands of canvassers and people manning hundreds of street stalls fighting for the final few hundred thousand votes either side needs to clinch victory. In Glasgow, a large section of the 2,000-strong rally marched on the BBC’s Scottish headquarters on the Clyde to denounce its coverage of the referendum as bias and lies.

Along with minimizing the size of the demonstration (the BBC and the Herald at 350), newspapers such as the London Guardian misrepresented the protest rally and personalized the issue as being one of the rally “furiously accus(ing) the BBC’s political editor (Nick Robinson) of being a biased liar who deserved to be sacked. Indeed, Alex Salmond had levelled accusations in the Sunday Herald of an “unconscious bias” by the “metropolitan” BBC against the yes campaign. END_OF_DOCUMENT_TOKEN_TO_BE_REPLACED

What’s going on in Venezuela?

UK academic Lee Salter, an expert on media coverage of Venezuela, gives his view on the reasons behind and aims of the current opposition protests.

The pro-government march in Caracas on February 18 (AVN)

IT’S difficult to briefly explain the situation in Venezuela right now. The difficulty lies in the fact that it is complicated, like most things. No matter how various political protagonists, human rights groups and news media would like to paint things as simple, black and white, they are not. To understand one has to dig down, deep.

A particularly galling video on YouTube explains that millions of students took to the street to protest about crime and the security situation. The comments by Venezuelans on said video are telling. In fact, what English-speakers hear about Venezuela is one of the biggest problems – if a Venezuelan speaks English, chances are that they are part of the small minority of the (relatively) ultra-rich who’ve been fighting to overthrow democracy since 1998. The curious thing about them is that they know what to say to whom and when. END_OF_DOCUMENT_TOKEN_TO_BE_REPLACED

You cannot hope to bribe or twist (thank God!) the British journalist. But, seeing what the man will do unbribed, there’s no occasion to. – Humbert Wolfe

THE new Middle East online editor for BBC News has been praised by a pro-Israeli website for being “willing to listen to his critics” after he sent internal emails guiding BBC staff to write more favorably about Israel.

Raffi Berg was promoted to head the BBC website’s Middle East desk earlier this month, having already worked as a journalist with that desk. His emails, which have been posted on a pro-Israeli site, were sent during Israel’s eight day assault on Gaza in November 2012, which killed nearly 200 Palestinians. END_OF_DOCUMENT_TOKEN_TO_BE_REPLACED

Disinformation: Was Malala Yousafzai used for a larger U.S. plan?

Exposé: The attack on Malala Yousafzai, a 15-year-old Pakistani schoolgirl, this past October evoked worldwide condemnation. From U.S. President Barack Obama to UN Secretary General Ban Ki-moon, all condemned the attack. The respected Toronto journalist Zafar Bangash raises a central question: why is Malala given so much prominence when other attacks on girls in Pakistan and Afghanistan go virtually unnoticed? END_OF_DOCUMENT_TOKEN_TO_BE_REPLACED

SOME monopoly news channels have been recently caught carrying dubious footage from Syria. This has fuelled the debate over the role of this media to disinform and in legitimizing possible military intervention in the country. The continued calls in the Canadian media for an international intervention in Syria has been built on sensational reports such as these. Yet even some key Al Jazeera journalists have resigned over news manufactured and manipulated by the Qatari-owned network, the petro monarchy and Canadian “ally.” END_OF_DOCUMENT_TOKEN_TO_BE_REPLACED